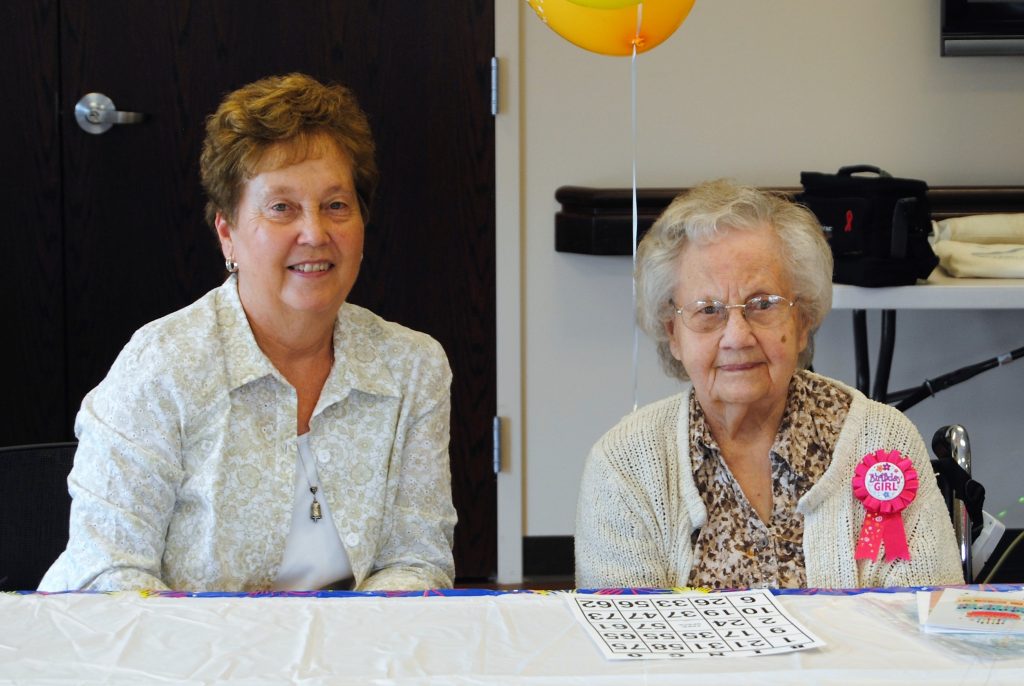 Mrs. Klocke was honored during at special party at the Knox County Nursing Home on Tuesday afternoon, August 23, which was attended by other nursing home residents, staff and her daughter, Anita Miller. Another party is planned for the day of her birthday by her family. Mrs. Klocke’s birthdays have always served as a family reunion.

Mrs. Klocke was born two-and-a-half miles from Cherry Box in 1911 to Glen and Alma McEwen. She graduated from Leonard High School in 1929 and immediately began teaching at a rural Cherry Box school.

In 1936 she married the love of her life, Paul Robert Klocke. They were married 55 years before Mr. Klocke passed on in 1991.

The following videos were recorded at the Knox County Nursing Home during a celebration in Mrs. Klocke’s honor on Tuesday, August 23, 2016 by Echo Menges for The Edina Sentinel.