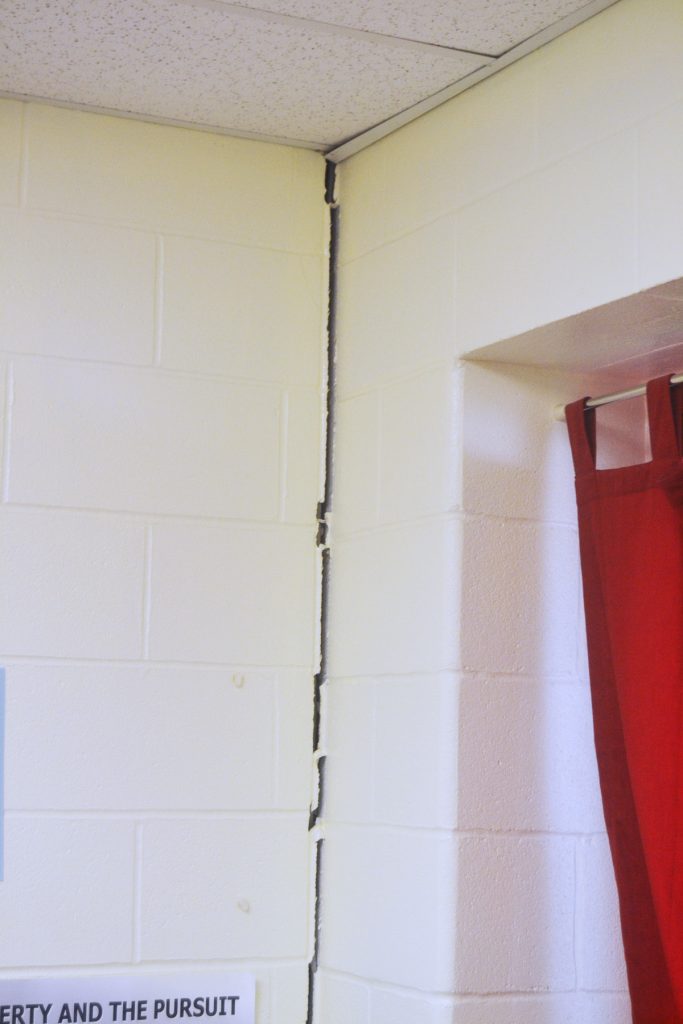 The Clark County R-1 Board of Education held a special meeting Thursday, September 1 to see if there is need to pursue a “no tax increase” bond issue on the April ballot.

There are two issues that will have to be addressed, even if there is no bond issue.

“The west outside wall of the high school building is pulling away from the main building,” Principal Jason Harper reported. The district has had people in to inspect the building, and it is safe at this time, but it will only continue to get worse and could be a safety concern within a couple of years. The district is getting an estimate of the repair costs.

“All they’ve said is that it’s going to be expensive,” Dr. Kracht said.

The second issue that needs addressing is the HVAC unit at the middle school.

Principal Jason Church said, “The main air conditioning unit for the newer part of the building is going out. It may need to be replaced by next spring.” The older section of the building had the new system installed in 2000.

Due to changed state regulations, the school district is now required to service three and four year olds students, if parents want them to. This has doubled the number of students in the early childhood education center. The building went from housing two classes to four, causing crowding. The district is also in need of facilities for profound and high-needs special education students. The possibility of building a new building that would house both the early childhood education center and all special needs was discussed.

Several other concerns were brought up by parents and community members ranging from several safety issues concerning access at the buildings, bathroom renovations at Running Fox and Black Hawk elementary schools, transportation and paving, phones in all classrooms at the middle school and high school, moving to a one-to-one technology, and an all weather track.

A committee will be formed of parents, community members, school personal and three school board members to bring recommendation to the board.

The next meeting will be September 21 at 6:00 pm. All interested people are invited to attend. They will meet at the early childhood education center to tour the building to see the issues and needs first hand.

This is a list of ideas from the meeting:

9. Phone Systems at MS and HS 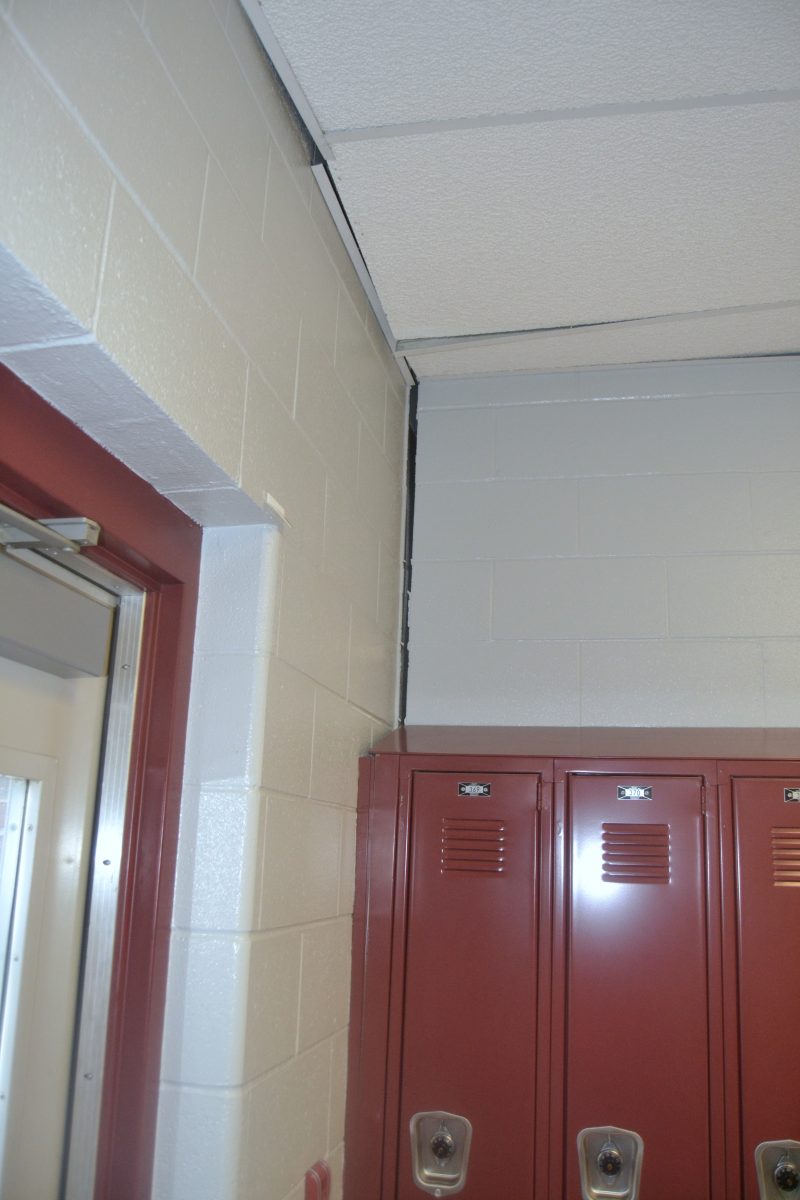 A series of cracks have developed near the west wall of the Clark County High School.  The photos above show the results of the settling foundation. The cracks first appeared about three years ago, have gotten significantly worse this year. Some of the cracks are more than an inch wide, and are affecting the ceiling tile structure. 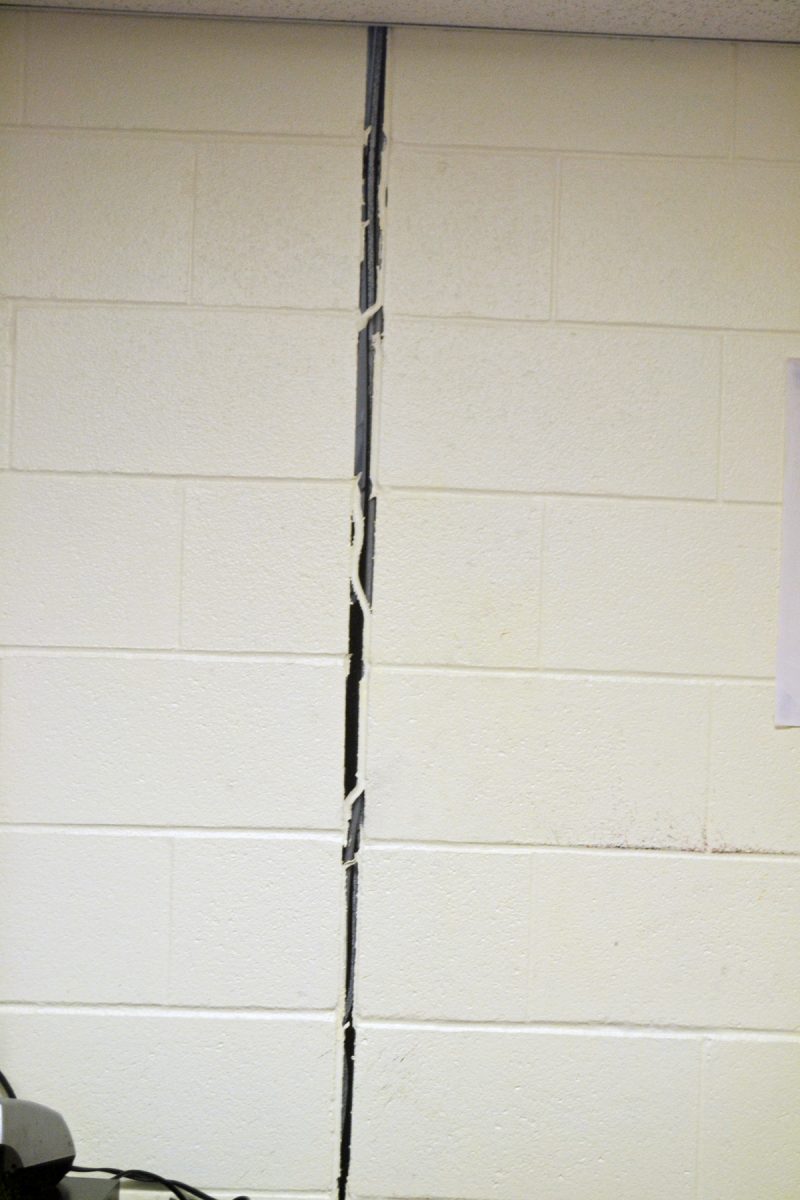 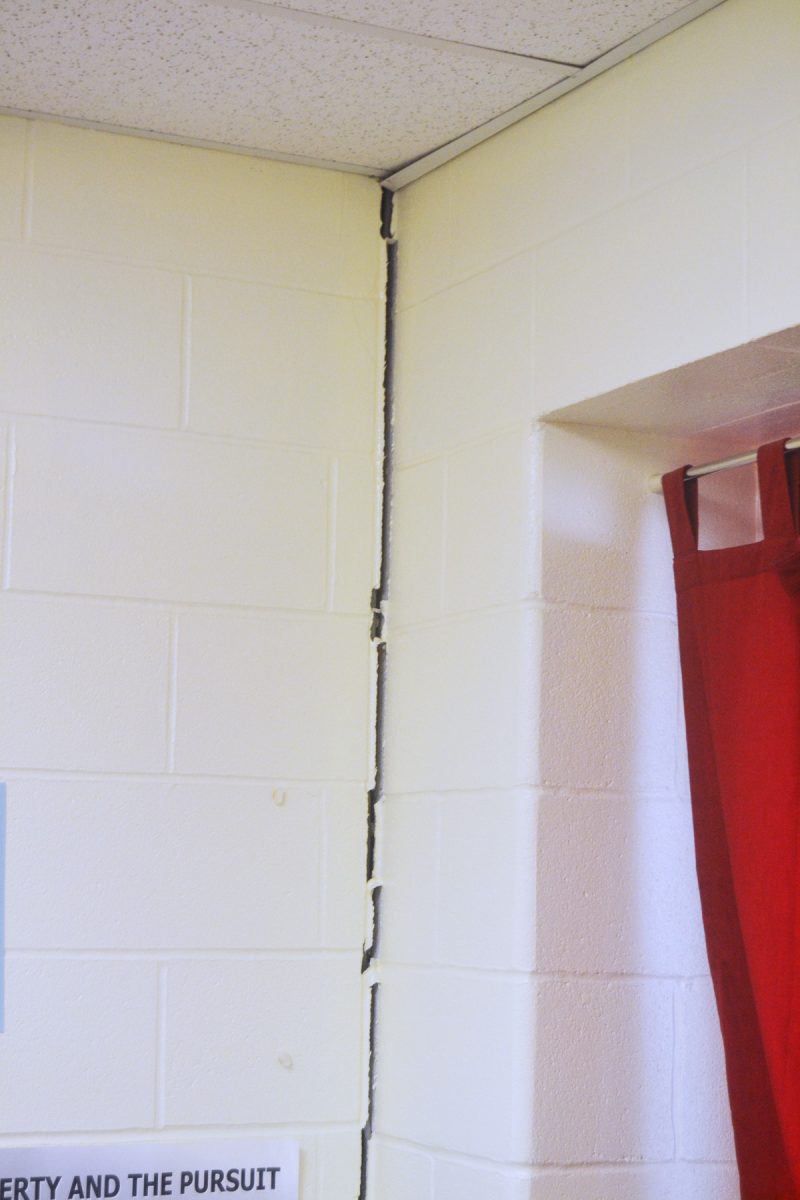