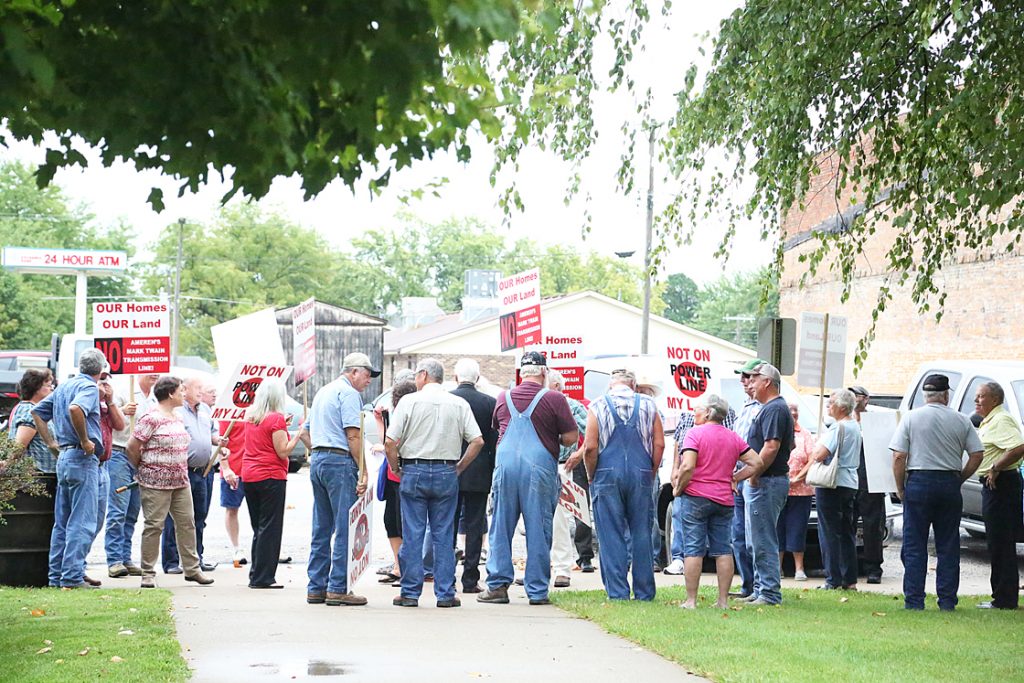 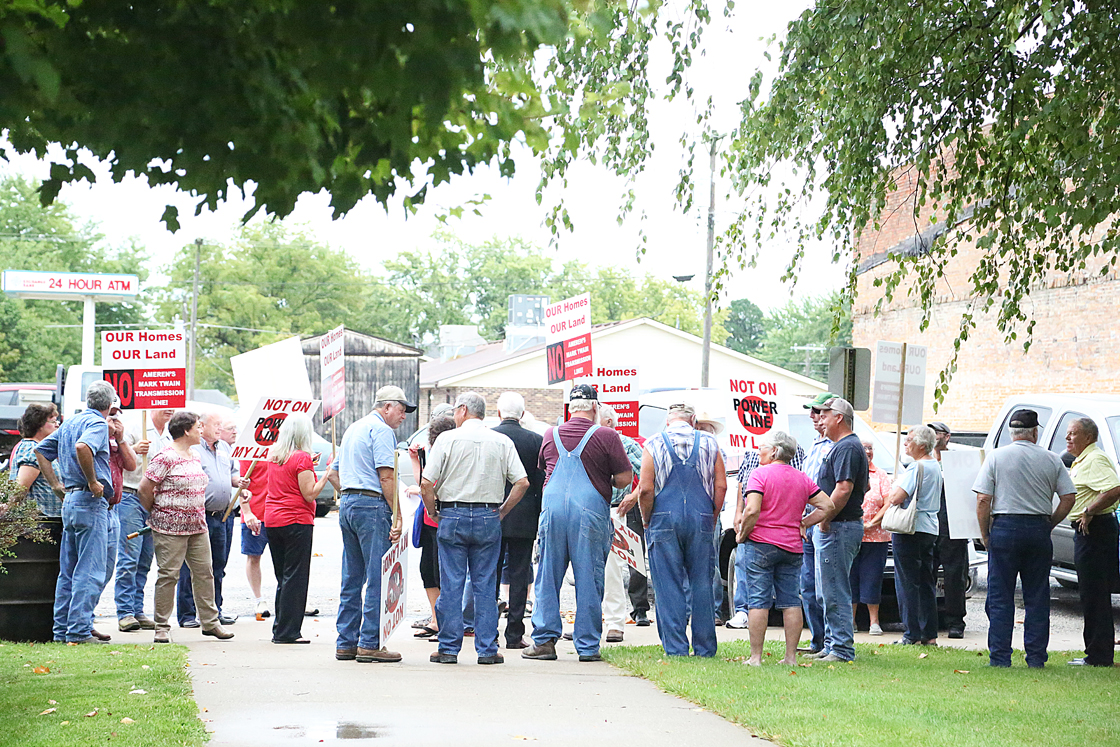 Representatives of the Mark Twain Transmission project came to Shelby County to get the approval of the commissioners, but after volatile public meeting, they left without it.

The question before you today is not about if the project is in the public interest if we should move forward. That decision had been made by the Missouri Public Service Commission. The question before you is how do we design it in a way to allows but continues safe use of the roads in your county”, stated Mark Twain Project Manager, ATXI, Jim Jontry. We respectfully request that you grant us the consent in the form of the ordinance we have provided to you.”

“All these people here today, well at least 99.9% of them are against this thing, we are their last hope. I don’t know you all but I own two little farms, not big but 100 acres, I don’t think I want it on my farm. So why would I ask for them to accept it from my stand point. I think we need to do some more thinking, some real hard thinking about this thing. Before we decide,” stated Maurice Shuck, Shelby County Eastern District Commissioner.

“If we sign this thing today, I think we’ve let out people down, that’s my opinion,” stated Shuck.

Ameren Representative Eric Dearmont that Ameren’s interpretation of the state guidelines narrow the scope of the Commissioners’ decision to matters involving roads.

“It’s our interpretation,” Dearmont said, “and I firmly believe that, that question is related to roads. It’s not about whether this is good project or a bad project, not about the project routing, frankly, it’s not even really about taxes. It’s about whether or not we’ve designed the project in a way that allows you to protect your interest and your instrastructure. So, I can appreciate the position you’re in, I really can. The challenges of the situation but, I think the question that general assembly has keyed up to you is whether or not we’ve designed this project in a way that is mindful of your county roads and respectful of those roads. If this goes on past today, we can talk about what that might look like. I think that’s the question that’s really going to be relevant to tomorrow, next week or the week after that.”

First to question Ameren was Knox Co. Presiding Commissioner Evan Glasgow. “Are there appeals pending on this project?”

“Yes there are, there is one pending in the Western district, court of appeals over in Kansas City. I’m guessing that’s probably going to take six to nine months to resolve,” answered Dearmont.

“To be pushed over by big business or big money, we resent that and we don’t appreciate it,” stated Mark Thomson, Adair County Associate Commissioner.

“You just sat there and told us that you told us the truth.   Really?   Because here’s one of your flyers and it says “Shelby Substation”, and guess what there is none. So, do you want to keep telling us how much you tell the truth, because I can produce a whole bunch more items like this where you have not spoken the truth,” she said.

Ameren then continued to state that it was a “typo.”

Spring fired back and stated, “So how much of the information do you put out has typos?”

Eventually, as the arguing and commotion escalated, Commission Shuck put an end to the meeting.  “It’s time for everyone to go home,” he said.

A  complete story will appear in the next issue of the Shelby County Herald.