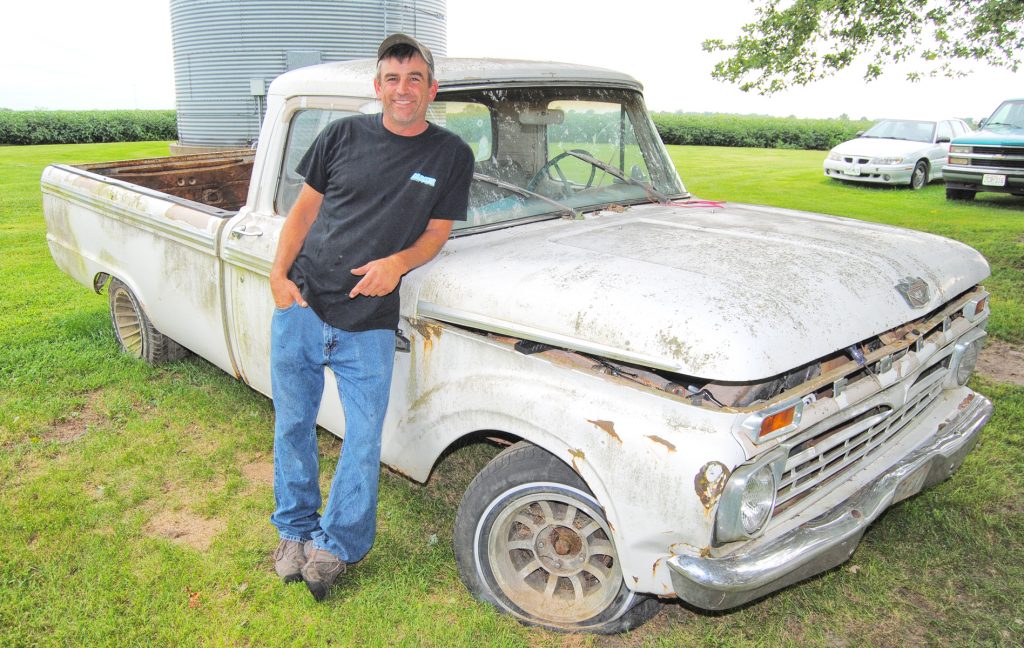 Just a few weeks ago, Jason Violette of Novelty began a sentimental journey by acquiring a vintage 1966 Ford F100 Pickup Truck. This is not just any vintage truck. This truck belonged to his late father, Ray Violette. 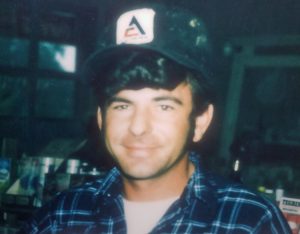 Growing up, Violette doesn’t remember a time it wasn’t his father’s truck.

“Mom told me they got it when I was about four-years-old. That would have been around 1976, but I don’t remember that. I just remember it being his,” said Violette, who has a lot of memories with his father and that old truck.

“It was the first vehicle I learned how to drive on. I was about eight the first time I drove it. I drove around the shop,” said Violette.

He and his big sister also have memories of stealing it when they were young.

“She would drive it. I would help her push it out of the driveway. She wasn’t old enough to drive either,” said Violette laughing. “She would dump the clutch at the bottom of the hill and pop it into gear and we’d take off. When we got home, she’d shut it off at the top of the hill and roll it into the driveway. We didn’t think they knew, but they did. My mom told me years later my dad would say to her, the kids are taking the truck again – every time we took it.”

Over the years, Violette has tried to keep track of his dad’s old Ford.

“My dad sold it to my great uncle, my cousin bought it from him when he was in high school. I offered to buy it then, but he wouldn’t sell it. Just recently, I ran across it again and was able to buy it back,” said Violette.

“I haven’t been able to get it running, but I will. I wanted to take it to the Corn Fest this weekend, but I don’t know if I’ll be able to. I think a lot of people will remember it.”

Now, he has a project to keep him busy for a while.

“I’m going to leave it the way it is as much as possible. On the door I’m going to put Violette Trucking, because my dad was a truck driver. And, Crazy Ray on the door, too, because everyone knew him as that. A lot of people remember him from that time. I thought it would be cool to make a tribute to him. I’m going to try to get the white paint off of it and take it back to the original color, kind of an off-white. I like the bettina look,” said Violette.

Violette feels a connection to his father’s truck. He lost his father at a young age, only 19, when his father was only 45.

“That was the last truck he owned before he died. It’s pretty special. It’s one of the coolest things I’ve ever come across to do for me. I’ve had old trucks and things like that, and they don’t mean anything – not like this,” said Violette.

*This story was featured in the September 7, 2016 edition of The Edina Sentinel.