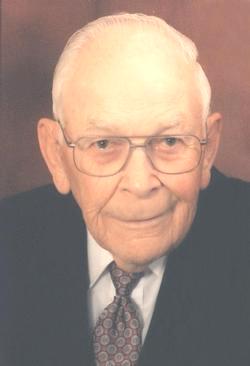 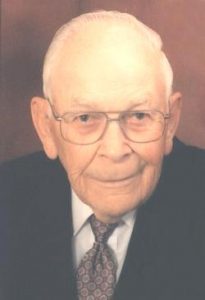 Grover A. Gamm, 88, of Ewing, Missouri, was called home to be with His Lord at 5:20 a.m., Wednesday, August 31, 2016. He departed at peace in his generational home attended by his loving wife and family.

Grover was born on the family farm near LaGrange, Missouri, on November 19, 1927, the son of Grover S. and Elizabeth Pearl (Hackamack) Gamm; he departed from the selfsame farm.  On January 25, 1948, he married the love of his life, Viola M. Eades, who survives. He leaves behind a remarkable legacy of faith, family and community service.

Grover or “Bud,” as he was affectionately known by many was a member and longtime deacon of Dover Baptist Church; he also served as deacon and Sunday School Superintendent for many years at Durham Baptist Church, Durham, Missouri.

He was a passionate advocate for the betterment of his community, state, nation and world. Holding a strong conviction that education is vital to life improvement, he was an unwavering promoter of educational causes serving on local school boards for twenty-three years and the Missouri State Board of Education for nine years. He was the founder and Chairman of the Board of Gamm Incorporated, an adult and youth training, retraining and employment assistance organization serving 28 Missouri counties.

Grover was a visionary leader not only in education but in agriculture, as well. He was a founding member of NEMO Grain Processors, LLC and worked tirelessly for the establishment of the ethanol plant in Macon, Missouri.

He also served on the boards of many other community and statewide service organizations including the Lewis County Rural Electric Cooperative Board, Clark County Water Supply Board, Lewis County FSA Board and Missouri Baptist Executive Board, among others.

Grover was a member of what has been called the Greatest Generation. He was a WWII veteran having served his country in the U.S. Army as an MP in occupied Japan. His love of country was great, leading him to lobby diligently at the local, state and national levels for the good of Missourians and Americans. His life of love, compassion, strength, honor, wisdom and integrity is a rich heritage for those who survive including his wife of 68 years, Viola; three daughters, Elaine (Gerry) Rathbun and Loretta Feldkamp both of Maywood, Missouri, and Deborah (John) Scott of Jefferson City, Missouri; seven grandchildren, Glenn, Roger and Bobby Rathbun, Tracy Hoerschgen, Bridget Hoch, Kris Crawford and Ruth Feldkamp; seventeen great grandchildren; a nephew, Roger N. Goings, two great nephews and a wealth of extended family and friends.

He was preceded in death by his parents, Grover S. and E. Pearl Gamm; one sister, Esther P. Goings; and a son-in-law, Bryan H. Feldkamp.

The family suggests memorials be made to the Dover Cemetery Association.

Arrangements were handled by the Ball-Davis Funeral Home of Ewing, MO.