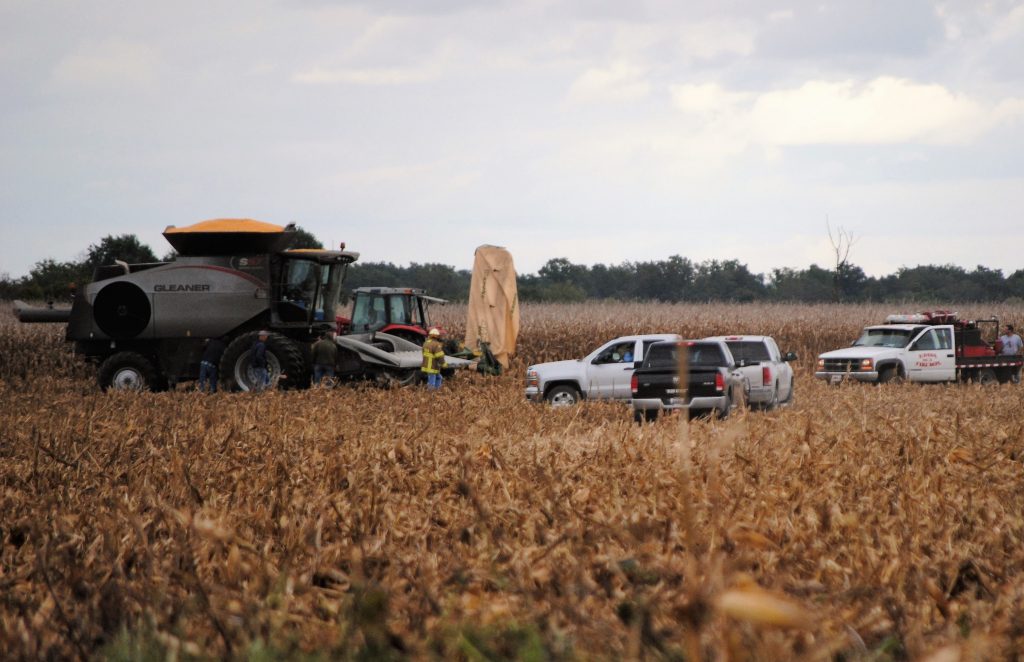 According to Assistant Edina Fire Chief Tom Morgret, the Edina Fire Department responded to two corn field fires in as many days.

On Tuesday afternoon, September 27, 2016, fire fighters left Edina in response to a corn field on fire off Highway T near the Saltwater intersection about four miles south of Highway 6, which is known to locals as Bee Ridge Road, at approximately 3:05 p.m.

The very next day, on Wednesday, September 28, their sirens could be heard blaring out of Edina again – headed to nearly the same location at nearly the same time, 3:15 p.m., for another corn field fire, which was located in an adjacent field. 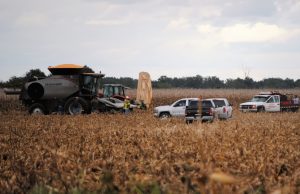 A combine harvesting corn caught the field on fire on both occasions.

“The combine had a baring go out yesterday and the same thing happened today,” said Morgret. “We had to put the combine out yesterday – before we could start on the field.”

According to a witness, a long narrow section of corn was on fire along the harvest line before fire fighters were able to extinguish the flames.

According to Morgret, only about an acre-and-a-half burned in total between the two fires, which belong to Kevin Strange of Edina.