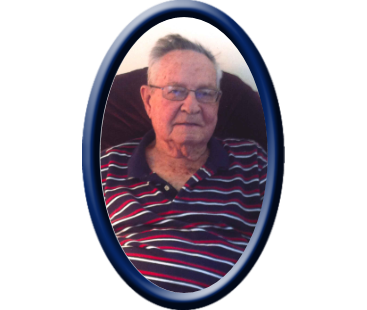 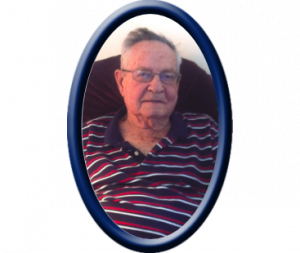 The son of James and Elizabeth (Peterson) Swearingen, he was born August 28, 1925 at Gorin, MO

He attended the Gorin school and graduated with the class of 1943.
He married Meriam Parris on March 7, 1944, and to this union three sons were born. They stayed around Gorin where he found work there.
He served in the U.S. Army in W.W.II during which in 1943 to 1944 he was stationed with General Patton in Europe.

They lived in the Gorin area until 1955 when his job required them to live in Colorado, Oregon and Kansas and later in 1963 they settled in St. Ann, MO. After his health started to fail he moved to Scotland County, MO to retire in 2015.

He was preceded in death by his parents, his wife, a son, Gary, a brother, Wayne, a sister, Callie, great-granddaughter, Emee and his best friend ”Frankie”.

Memorials are suggested to the Gorin Cemetery Association and can be left at or mailed tot he Payne Funeral Chapel, 202 E. Madison St., Memphis, Missouri 63555.

Online condolences may be sent to the family by logging onto Payne’s website at www.paynefuneralchapel.com.