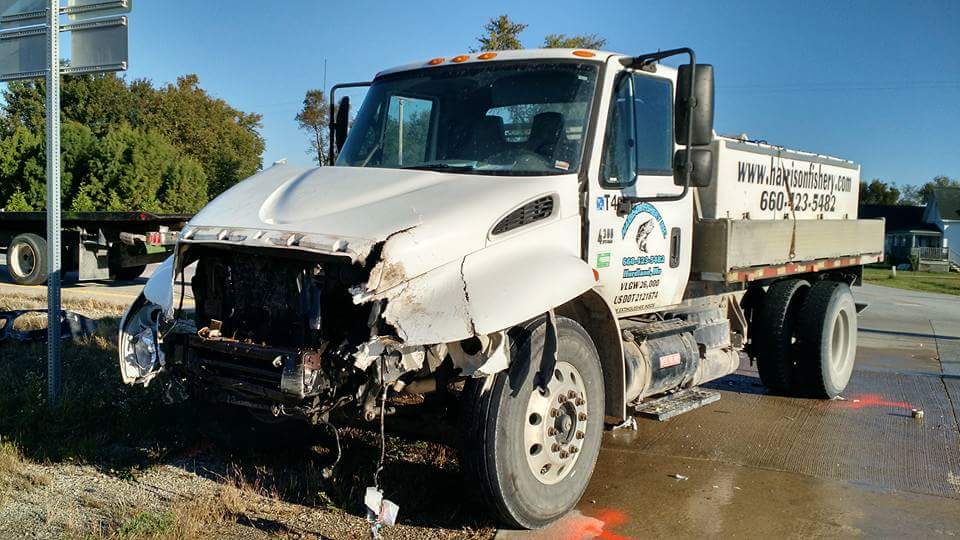 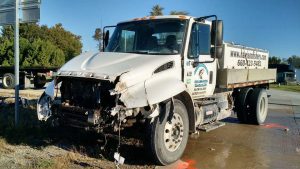 According to the Missouri State Highway Patrol, at 8:00 a.m. on Thursday, October 13, 2016, on U.S. 36 at Lentner in Shelby County, Missouri, 52 year old Curtis D. Harrison of Hurdland, Missouri was driving a 2005 International 4300 southbound when he attempted to cross U.S. 36 and struck a westbound vehicle in the passenger side.

The 42 year-old male driver, Frederick P. Devault was moderately injured and his passenger, 81 year old William E. Moreland was seriously injured after the 1997 Ford F350 they were in overturned coming to rest in the median when the vehicle stopped in the crossover.   Both occupants of the 1997 Ford were from Mexico, Missouri.

Devault was taken by Salt River Ambulance and Moreland was flown by Air Evac to University Hospital in Columbia.