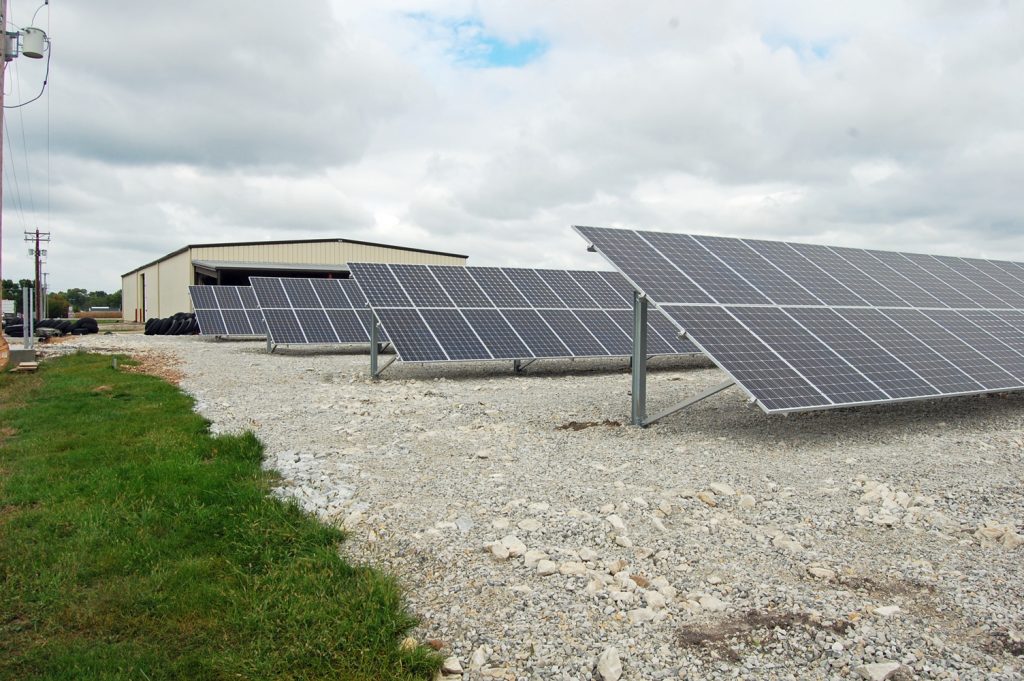 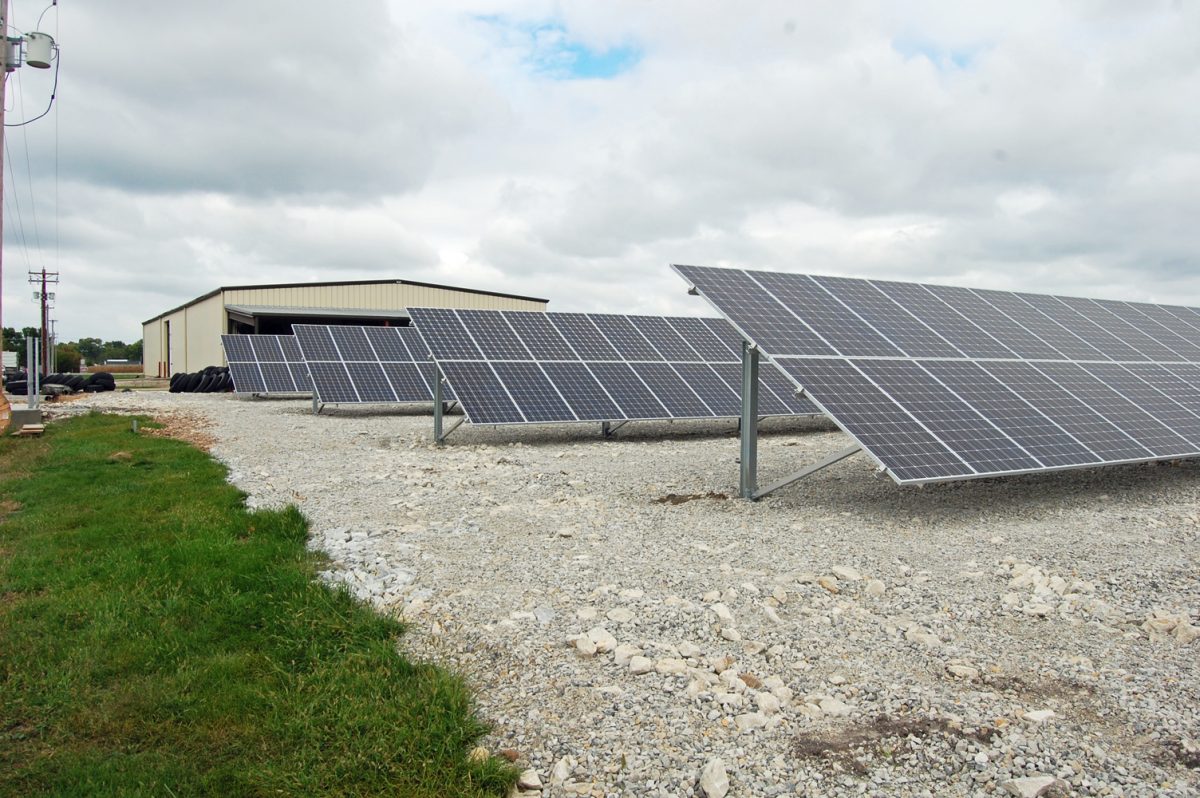 This story originally appeared in the October 5, 2016 issue of The Media.

A major Kahoka business has made a large investment in “going green”. Ball Volvo and GMC Trucks has installed a photovoltaic solar system which can generate more electricity than they currently consume. Their system went live on September 22.

“I was seeing solar power becoming more and more popular in the places I go,” said Carla Ball. “I don’t think there’s a whole lot of in Clark County, but in southern Iowa, there are panels on practically every barn and dairy. We were in Kirksville one day, and I saw an array there, and I started thinking that it was time to see if there was some way to start controlling our costs here, and move some expenses into today’s prices instead of tomorrow’s.”

After talking the owners of the Kirksville system, they decided to investigate further.

“The biggest thing everyone wants to know is how much does it cost and how long does it take to pay back?” Ball added. “There are a lot of decisions to be made. Do you want it to generate 100% or more of your needs, or only offset a portion of your electrical needs?”

The system that the Balls eventually decided on is designed to generate 107% of their historical needs, based on four and a half hours of sunshine daily. It can also grow if their needs increase.

“Since our kids are involved in the business, we foresee Ball Volvo being here for many, many more years. When the time comes to change our furnaces, which are gas, we’ll replace them with electric,” she said.

The expected payoff time is 5.7 years.

Currently, their system can generate about 76kwh, but when the fifth and final row of panels is installed within the next couple weeks, output will increase to 100kwh.   Each row of panels is approximately 90 feet long and about 12 feet high. Their system is called a fixed rack system, meaning that the panels do not move. Some systems are adjustable for each season, and others track the sun across the sky. The system does not store electricity, and excess electricity is sold back to the City of Kahoka.

“Kahoka also helped a lot with this plan. Back a couple years ago, they started talking about ‘net metering’, and addressed the issue early on. That stuck in my mind, and it probably was the genesis of my thoughts about this project,” she said.

Net metering allows homeowners or business that generate electricity through solar or wind to receive credit for their excess generation, which is delivered to the city, thereby reducing what the city needs to purchase.

Construction of the array has taken over two months. Trenching started in July, and the structure went up in August. Much of the structure was fabricated locally.

Outside with the solar array, which is located to the south of their buildings so there are no obstructions to the sunlight, HL Plenge explained the metering and controls on the solar panel array. Although it was cloudy, one panel which we were watching was generating around 8kwh. When the sun came out briefly, the output jumped to near 10kw. A distinct humming could be heard.

“It really hums when the sun is bright,” Plenge said.

The panels will need to be cleaned occasionally to maintain good performance, and will need to be kept clear of snow in the winter.  They are designed to withstand winds exceeding 100 mph. When complete, the array will be fenced to keep people and animals out.

“It’s just pretty dang cool to think about this system being in Kahoka,” Plenge said.

The system was installed by OTG Solar from Macon. 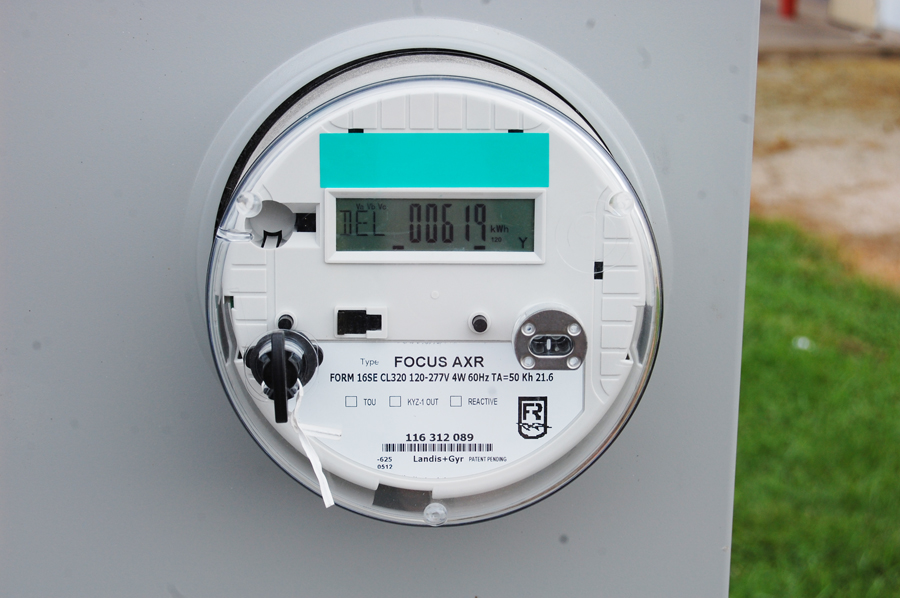 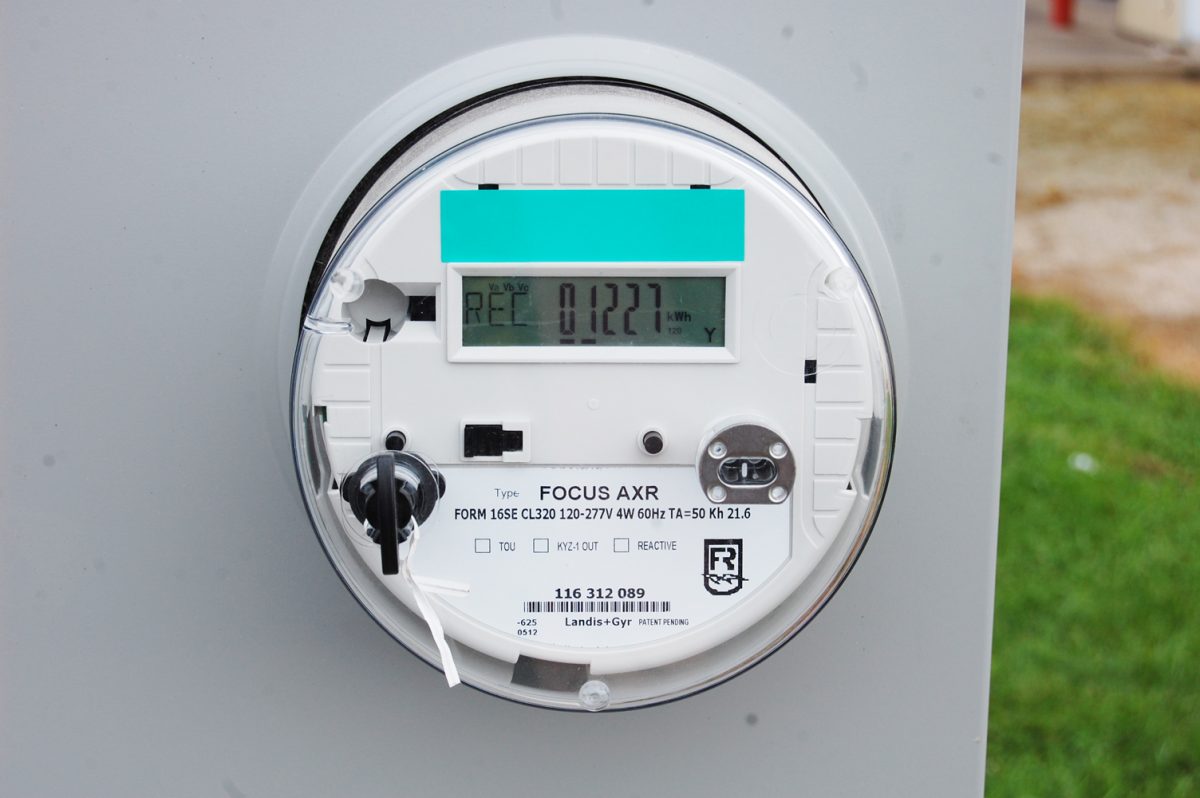 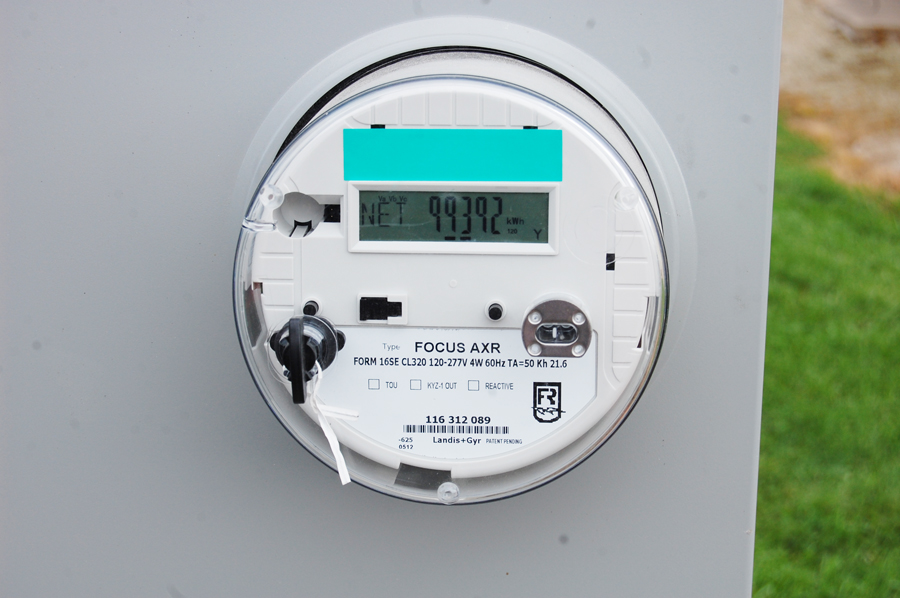 Ball Volvo in Kahoka has installed a photovoltaic solar system to help them manage their energy costs for years into the future. When completed, the system will deliver up to 100kwh of electricity. Excess electricity will be fed back into the City of Kahoka’s system. Above, the photo on the left shows that Ball Volvo has received 619kwh from the City of Kahoka. The second photo shows Ball’s system has generated 1227 kwh, and the third photo shows the meter, which started at 000000 and has run backwards, showing that Ball’s system has returned 608kwh of electricity to the City of Kahoka, as of September 30.