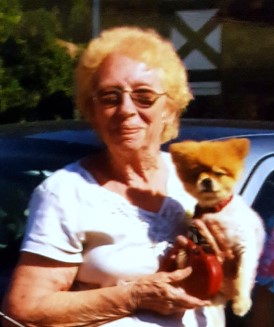 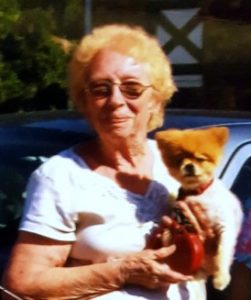 Margaret Ann Perry, 81 of Keokuk died Friday, October 28, 2016 at her home surrounded by her five daughters.

She was born May 26, 1935 the daughter of Crayton and Hazel Cummings Protsman. She was first united in marriage to Glen Morgan in 1951 in Kahoka, MO and to that union were born seven children. He preceded her in death on August 14, 1985. She later was united in marriage to Lloyd “Swede” Perry on July 26, 1986 in Kahoka, MO. He preceded her in death on November 5, 2006.

Margaret had been employed by Drydens and Swifts in Keokuk and later worked as a nurse’s aide and in home healthcare until her retirement in 1997. Most of all Margaret’s life was devoted to her family, a caretaker and homemaker through and through.

She was a devoted member of the Church of New Beginnings in Keokuk where she was greatly loved and will be tremendously missed.

Maggie enjoyed crocheting, going to auctions and keeping her mind sharp by working crossword puzzles and playing solitaire. She canned and preserved all of the harvest from their garden every year. Margaret adored here grandchildren and loved caring for them. She was a very faithful servant of the Lord and shared her love of God with anyone she could.

She was also preceded in death by two sons, Glen Morgan and Mark Morgan, one granddaughter, Victoria Morgan, one sister, Debra Woods and one brother, Bill Protsman and her four legged furry daughter, Foxy Lady.

A memorial service will be held at 11 a.m., Wednesday at the Church of New Beginnings, 2244 McKinley Ave, Keokuk, IA with Pastor Bob Payne officiating.

The Vigen Memorial Home is assisting the family with arrangements.