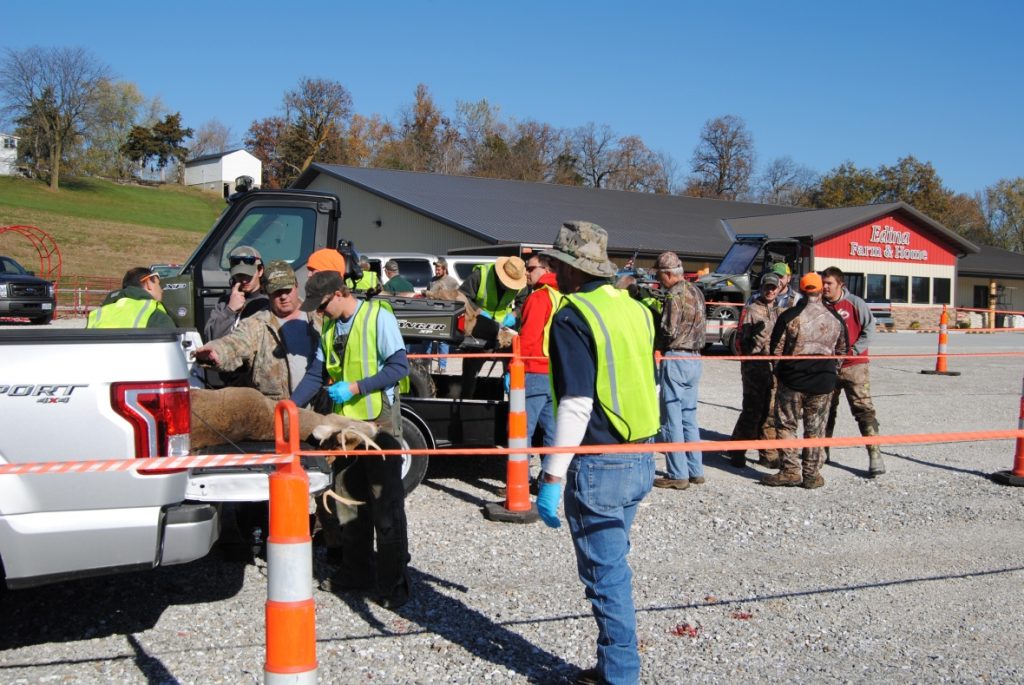 Missouri Governor Jay Nixon was in Edina on Opening Day of Fall Firearms Deer Hunting Season to thank Missouri Department of Conservation employees for sitting opening weekend out to test deer for Chronic Wasting Disease (CWD), and promote the Share the Harvest Program.

Below is a raw interview with Missouri Department of Conservation Representative Bill Graham about how the testing station works, why it’s needed, what MDC is trying to accomplish, how many deer are expected to be tested, staffing and so on.

Below is a B-roll video of taking lymph-node samples from deer, which is graphic, along with B-roll of Governor Nixon talking with hunters, MDC staff and the Mayor of Edina, Eric Hunolt.

Hunters who harvest deer during the opening weekend of the fall firearms deer season (Nov. 12 and 13) in any of the 29 counties of the Department’s CWD Management Zone are required to present their deer for CWD sample collection on the day of harvest at one of 75 MDC CWD sampling locations throughout the 29 counties. Hunters also have the option of presenting just the deer head with at least six inches of neck attached. Deer must be presented by the hunter who harvested the animal. Sampling locations will be open from 7:30 a.m. through 8 p.m.

CWD sampling takes only a few minutes and involves collecting tissue samples from the necks of harvested deer. Hunters can get free test results for their deer after samples are processed.

Chronic Wasting Disease is a fatal, neurological disease that affects members of the deer family, such as white-tailed deer and elk in Missouri. There is no evidence that humans can be infected with CWD.

Look for more about the Edina CWD Testing Station in the November 16, 2016 edition of The Edina Sentinel.