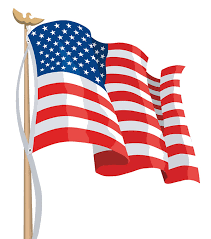 Sergeant First Class Matthew Charles Lewellen, 27, from Kirksville, Missouri, passed away November 4th while serving our country in Jordan. He was assigned to the 5th Special Forces Group at Fort Campbell in Kentucky.

Matt was born at Grim Smith Hospital on January 15th, 1989 in Kirksville to high school sweethearts, Chuck and Cindy Lewellen. He graduated from Kirksville High School in 2007 as the Prom King and a standout athlete for the Tigers football and track teams. He attended Truman State University and was enrolled at the University of Kansas when he decided to follow his dream and serve his country.

Matt joined the Army in February 2010 and after training for Infantry, attended the Airborne School, and graduated from Special Forces training on November 1, 2012. He was stationed at Fort Campbell and lived in Nashville with the love of his life, Renee Laque and their dog Charlie.

This was Matt’s second deployment to Jordan, and he left the States on October 22, 2016. His first deployment to Jordan was the first half of 2015, and he returned from there to serve as best man for his brother Andrew’s marriage to Meredith Clougherty in July 2015. He served in Afghanistan in 2014, returning in time to surprise his younger sister Danielle for her college Senior Day at Truman State University.

Matt was known for his sense of humor and his ability to inspire others to achieve any goal they faced. Matt was a born leader, a true American. He wanted to be a soldier since 3rd grade, and he was doing what he loved to do. He was proud to serve his country, and he loved the men and women with whom he served. We are so proud of Matt and all he accomplished. He was a man of faith and action.

Matt and his family are members of Rehoboth Baptist Church. Matt accepted Jesus Christ and was baptized at age 5. He is survived by his parents Charles and Cynthia Lewellen, sister, Danielle, brother, Andrew, and his wife, Meredith; the love of his life, Renee Laque, grandparents, Charles and Dianna Lewellen of Kirksville, Jim and Wilma Gardner of Kirksville, and Sue and Dick Johnson of Baring; and several aunts, uncles, and cousins.

Travis Noe Funeral Home of Kirksville, Missouri, has been entrusted with the services. Visitation will be held at 5:00 p.m. on November 18th at Kirksville Primary School.  Services will be held at 11:00 a.m. on November 19th at Kirksville Primary School, and Matt will be buried with full military honors at Missouri Veterans Cemetery in Jacksonville, Missouri immediately following the funeral. Honorary pallbearers will be Andrew Lewellen, Jake Sevits, Logan Schmitz, Kris Nelson, John Blesz, and Kris Collins.

The family asks that in lieu of flowers, donations be made to Matthew Lewellen Memorial Fund to nonprofit organizations serving military families such as Task Force Dagger, the Fisher House, and Special Forces Association, Chapter 38.