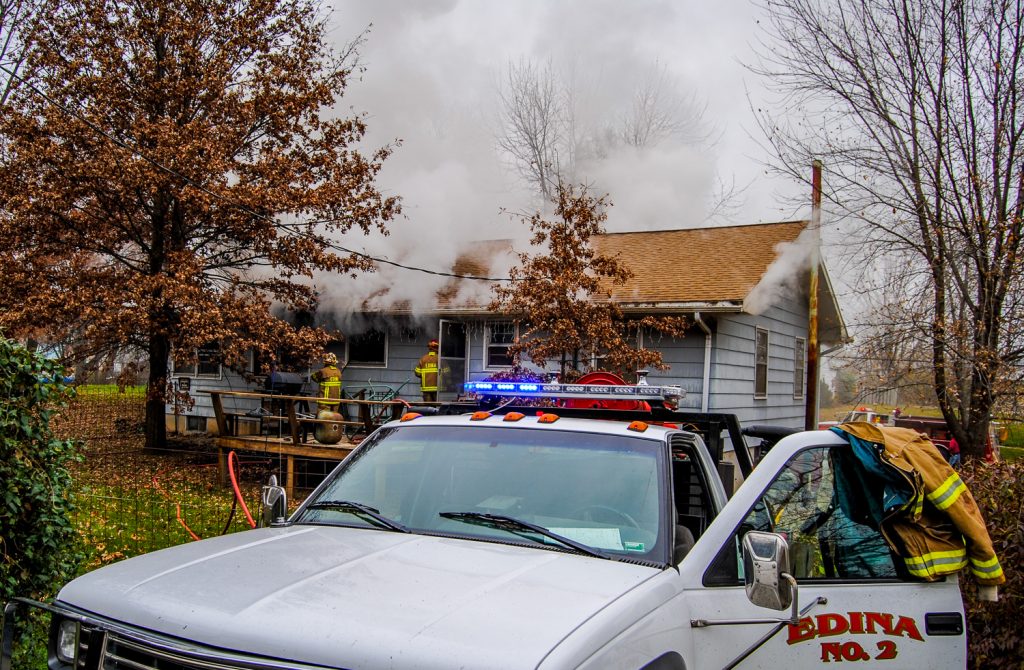 Volunteer fire fighters from Edina and Baring responded to a house fire at 702 East Morgan Street in Edina on Thanksgiving Day, Thursday, November 24, 2016.

The house was not occupied and no one had been there. Electricity was on at the house and Morgret believes the cause of the fire was electrical.

The fire was concentrated in the kitchen of the house, which is on the south side of the structure, just inside the back door.

Firefighters stopped the fire from spreading to other areas of the house, but the house was extensively damaged with fire and water damage in the kitchen area, and smoke damage throughout.

No one was injured in the fire.

A much more detailed story will be included in the November 30, 2016 edition of The Edina Sentinel.

Video recorded by Echo Menges for The Edina Sentinel.