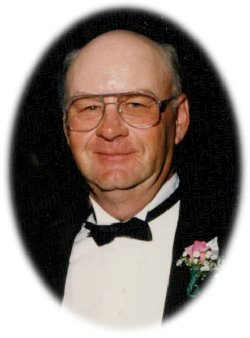 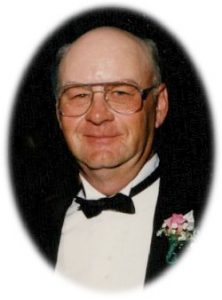 Donald was  born  on May  3, 1934  near Edina, Missouri,  to  Leo  and  Verna  (Lingenfelter) Bruegenhemke.  On January  21,  1954  he  married  Alice  Marie Kriegshauser in Baring, Missouri. Donald  was  raised  on  the  family  farm  near Baring,  Missouri  and  attended  school  in  Baring where he graduated with the class of 1952. Donald and Alice owned  and  operated the Bruegenhemke Market in Baring for several  years.  He was later engaged in farming.  Throughout the years, Donald served in several positions for the town of Baring. Donald was an avid card player and sports enthusiast.

He greatly enjoyed his coffee group at the local café and making trips to the farm when he was able.  Most  of  all,  Donald  enjoyed  spending  time  with  his  family,  especially  his grandchildren.  He  was  a  member  of  St.  Aloysius  Catholic  Church and  the  Baring Country Club in Baring, Missouri.

Donald  was  preceded  in  death  by  his  parents,  his  wife  Alice,  a  son  Brian Bruegenhemke, a son-­in­law Terry Morrow and a sister Shirley Mayer.

An expression of sympathy in memory of Donald Bruegenhemke may be left to St. Aloysius Cemetery or the Knox County Nursing Home. A memorial may be left at or mailed to the Doss Funeral Home, 208 North 4th   Street, Edina, Missouri 63537.