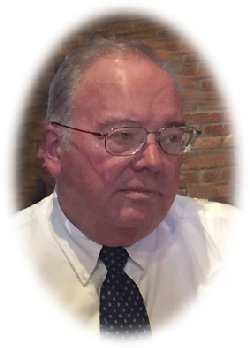 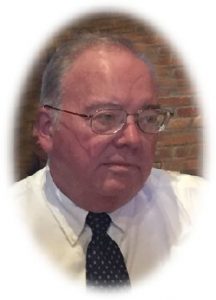 James  Edward  “Jim”  Cahalan,  69,  of  Edina, Missouri,  passed  away  Thursday,  November  24, 2016, at his residence north of Edina, Missouri. Jim  was  born  the  youngest  child  of  James William  and  Parthena  Louise  Powell  Cahalan,  on August 26, 1947, in Kirksville, Missouri. He  attended St. Joseph Catholic Grade School and  the  Knox County  High  School,  graduating  in the Class of 1965. He continued his education at the University of Missouri  Rolla  and  Purdue  University  attaining  a PHD in Nuclear Engineering. He was employed for thirty  years  at  Argonne  National  Laboratory, working in Research and Development of advanced nuclear power generation, retiring in 2012.  Jim returned to Knox County, in retirement to make  his home.  He  was  a  member  of  the Baring Country  Club, serving  on  the  Board.  He  enjoyed  being  a  HAM  Radio  Operator  and working as a gentleman farmer around the farm and lake.

He was a member of the St. Joseph Catholic Church in Edina, Missouri. Jim is survived by his brother, Don and his wife Ginger Cahalan of Leawood, Kansas; a  cousin, Kay Kinder Routh  of Springfield, Missouri,  that was raised  as  a sister; five nieces  and  nephews,  Sherri  and  Peter Jackson  of Leawood, Kansas  and  their  children Tyler,  Blake,  Shelby  and  Nicole,  Patrick  and  Melissa  Cahalan  of  Thousand  Oaks, California  and their  children Alex, Drew  and Matt, Timothy  and Christine Cahalan of Leawood, Kansas and their children Elizabeth and Nicholas, Jeffrey and Deborah Nelson of Olathe, Kansas and their children Jessica and David, and Brian and Robyn Cahalan of Fayetteville, Arkansas and their daughter Mary Grace; along with many neighbors and friends. He was  preceded in  death  by  his father, Jim Cahalan  on January  3,  1987,  and  his mother, Parthena Cahalan on January 5, 2009. Funeral  Services  will  be  at  11:00  a.m.  Tuesday,  November  29,  2016,  at  the  Doss Funeral Home in Edina, Missouri. Visitation will be  after 2:00 p.m. on Monday, November 28, 2016, with the family receiving friends from 4:00 to 7:00 p.m. at the funeral Home in Edina, Missouri.

An  expression  of sympathy  in memory  of Jim Cahalan may  be  left  to  the Baring Country Club. A memorial may be left at or mailed to the Doss Funeral Home, 208 N. 4 th  Street, Edina, Missouri 63537.