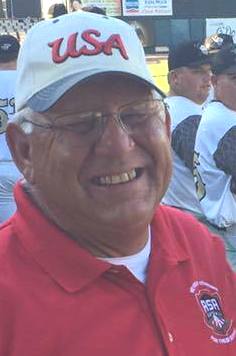 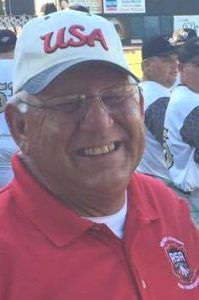 Mr. Charles “Chuck” William Florea, age 63, passed away quite unexpectedly, at his home in Durham, Missouri, on Monday, December 5, 2016.

Born on March 9, 1953, in St. Mary’s Hospital in Quincy, Illinois, Chuck was the firstborn child of Charles Vernon and Mary Esther (Steffen) Florea.  It was on June 24, 1972, in the sanctuary of the First Christian Church of LaBelle when Chuck vowed to love and care for Linda K. Runyon, as his bride. She is the daughter of the late John and Anna Lee Runyon of LaBelle, Missouri.  The couple was blessed by the birth of two children, Jeremy born in 1974, and Heather born in 1976.

Chuck attended elementary schools in Newark and LaBelle, graduating with the first class of Highland High School in 1971.  Chuck was employed over the years in Lewis County, Missouri, with his most recent employment spent the past thirty years with Central Stone Rock Quarry as a loader/operator.

Raised in a Christian home and then building a Christian home with his family, Chuck lived his faith with a joyful heart of generosity and loving kindness toward others.  He lived his life so that it made a difference.  He loved life and always showered others with a smile, a good word and kindness.  Chuck found great pleasure in working the earth with his hands and seeing the beauty of his hard work come to life in his beautiful gardens of flowers and vegetables.  He shared the bounty of his harvest, whether in seedlings or bulbs, beautiful blooms, or vegetables and fruits. He was also a wonderful carpenter with a gift for working with wood.    He was a proud American and loved this country of his birth.

Chuck was a longtime member of and served as Umpire in Charge (UIC) for the past fifteen years and a MSHSAA Umpire in Northeast Missouri.  Chuck encouraged the youth that he served on and off the ball field.  He loved being able to cheer on his four grandchildren, Ethan, Autumn, Shane and Hunter and their teammates on the baseball, softball and football field and on the basketball court.  This past year Chuck realized two of his greatest joys in the sport that he loved, which included being able to take the field in the presence of family and friends at Cardinal Stadium and umpire for grandson, Shane’s Knox County Eagle baseball team against an Illinois team following a Memorial Day 2015 Cardinal game, and to facilitate the honor for his mother, Mary Esther Florea, a member of the Daughters of The American Revolution, to throw out the first pitch for the Military All Stars v. Hannibal Cavemen game on July 12, 2016.

Visitation will be held at Durham Baptist Church on Thursday evening, December 8, 2016, with the family receiving friends from 4-8.

Music will be:  Elvis “The Wonder of You”

Memorials may be made to the Grandchildren’s Educational Fund.

Online condolences may be made at www.davis-fh.com

The Ball-Davis Funeral Home, Ewing, MO has been entrusted with Mr. Florea’s arrangements.