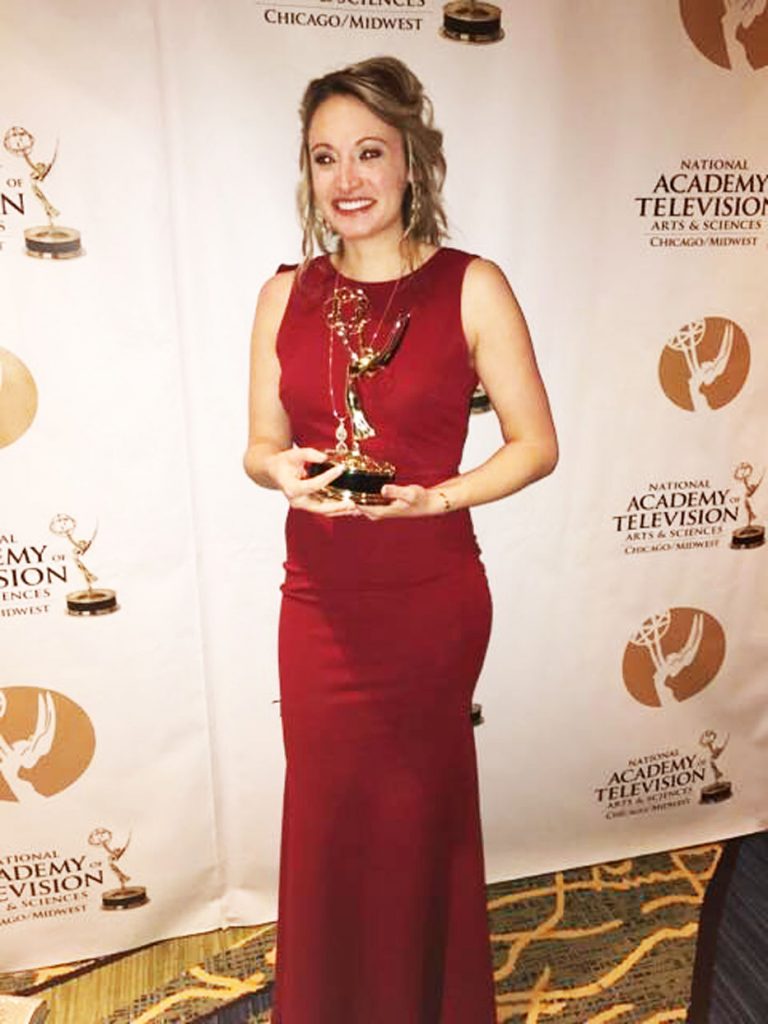 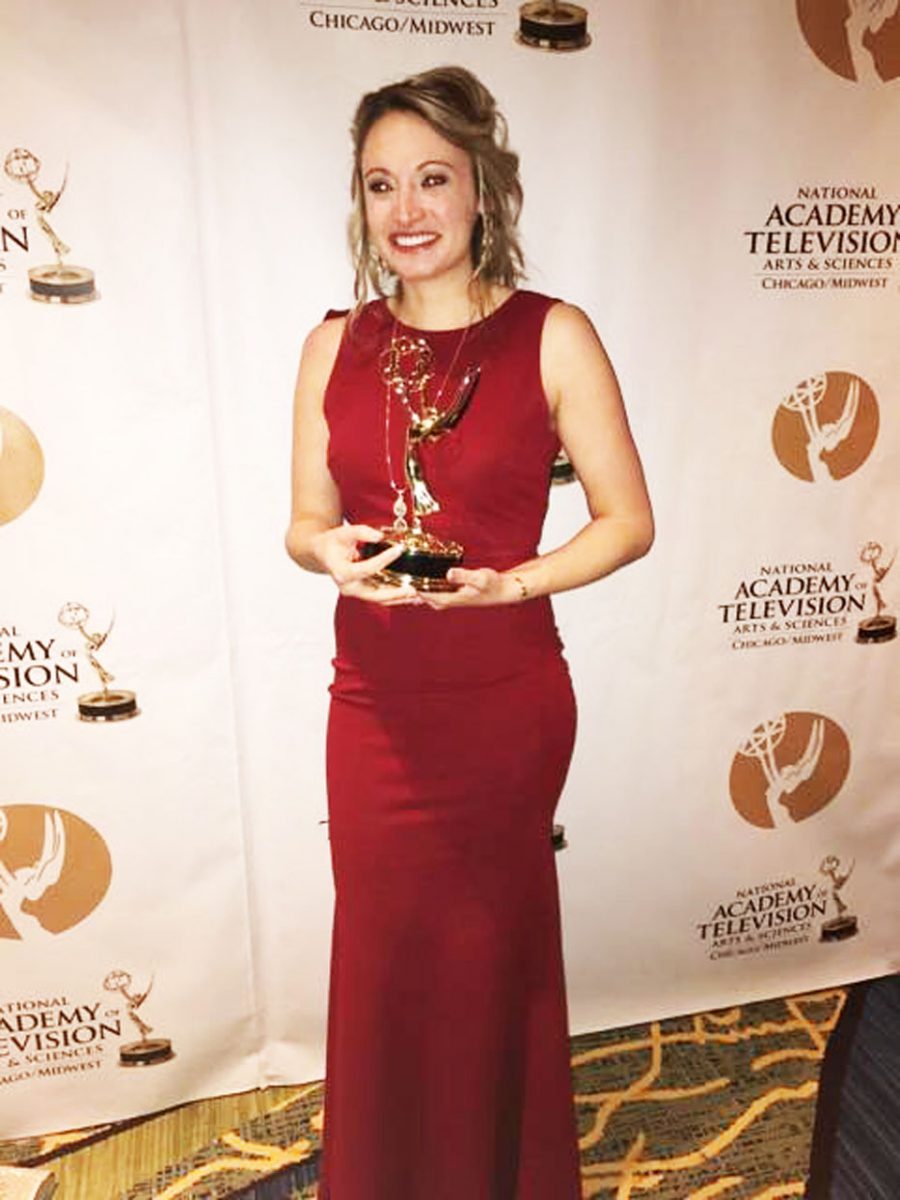 Audrey Moon, a 2008 graduate of Clark County R-1 High School, is part of an Emmy-winning news team at 13 WREX, the NBC affiliate in Rockford, Illinois. The station received a regional Emmy award for Outstanding Achievement for News Programming – Morning Newscast. The specific newscast took place on May 20, 2016 and included two hours of special reports, live and studio broadcasts, breaking news about deadly shootings in the city, and an exclusive interview with RPD’s Chief.

“The award was a team award, which included reporters, anchors, producers and directors, Moon said, “It’s such an honor to win, I think it’s really just a true testament to what we can accomplish when we use your resources to our best ability and work hard. We were up against much bigger markets, so winning the award two years in a row has people paying attention to what WREX can do in Rockford.”

“I’m honored to receive this award and so, so proud of the team I work with. We are always on call, we miss a lot of time with friends or family, we spent Thanksgiving by ourselves in the newsroom. It’s not a glamorous career – but it was really rewarding to be able to dress up, go to the city and be recognized by the academy. Whether you’re writing for the local newspaper in Kahoka, Mo., or reaching thousands of people on the air, good journalism is important – and this award is a good reminder of that,” she continued.

Moon graduated from Clark County High School in 2008 and went on to the University of Missouri School of Journalism. She started my career in digital journalism and began working at WREX in 2014 as its Internet Director, then moved on to content manager in 2015, and was recently promoted to assistant news director.

“There’s a lot going on in that position! I manage staff and editorial content on our TV and online platforms and help produce newscasts. I’ve also become a top-notch professional of finding lost SD cards and keys to the station vehicles. The reporters call me “Mom,” she joked.

Audrey is the daughter of Susan Moon and John Moon, and the sister of Kate Moon-Raess and Neal Moon. She’ll marry Andrew Wilt, an attorney from Rockford, on Oct. 21, 2017 in Kahoka.