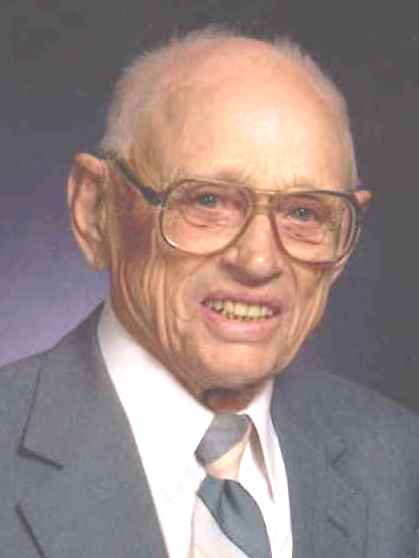 Howard Fay 98, of Heritage Manor Apts. and formerly of Rickardsville, died Wednesday, December 14, 2016.  Funeral services will be held at 3:00 p.m. Saturday at the Egelhof, Siegert & Casper Westview Funeral Home and Crematory, 2659 JFK Rd., Dubuque, Iowa, with the Rev. Linda VonFumetti officiating.  Private family burial will be at a later date.  Friends may call from 11:00 a.m. to 2:45 p.m. Saturday at the funeral home.

Howard was born on January 6, 1918 near Edina, Missouri, the son of Mahlon and Rebecca (Lindsey) Fay.  He graduated from Edina High School and moved to Specht Ferry where he farmed.  In 1954, he moved to Richardsville and farmed until he retired.  On January 12, 1939, Howard married Ruth Carol Hacker.  She preceded him in death on March 20, 1949.  He later married Florence Paisley on March 7, 1954.  She preceded him in death on March 13, 2012.  Howard was a life time member of Sherrill Methodist Church and enjoyed working in his shop and tinkering with antique tractors, his Model T Ford and Hit and Miss Engines.

He was preceded in death by his parents, his brother, Robert (and sister-in-law Vernette) Fay, and a step-son-in-law, Bob Henry

In lieu of flowers, the J. Howard Fay memorial fund has been established. Memorials may be sent to Egelhof, Siegert & Casper Westview Funeral Home and Crematory, 2659 JFK Rd., Dubuque, Iowa 52002.