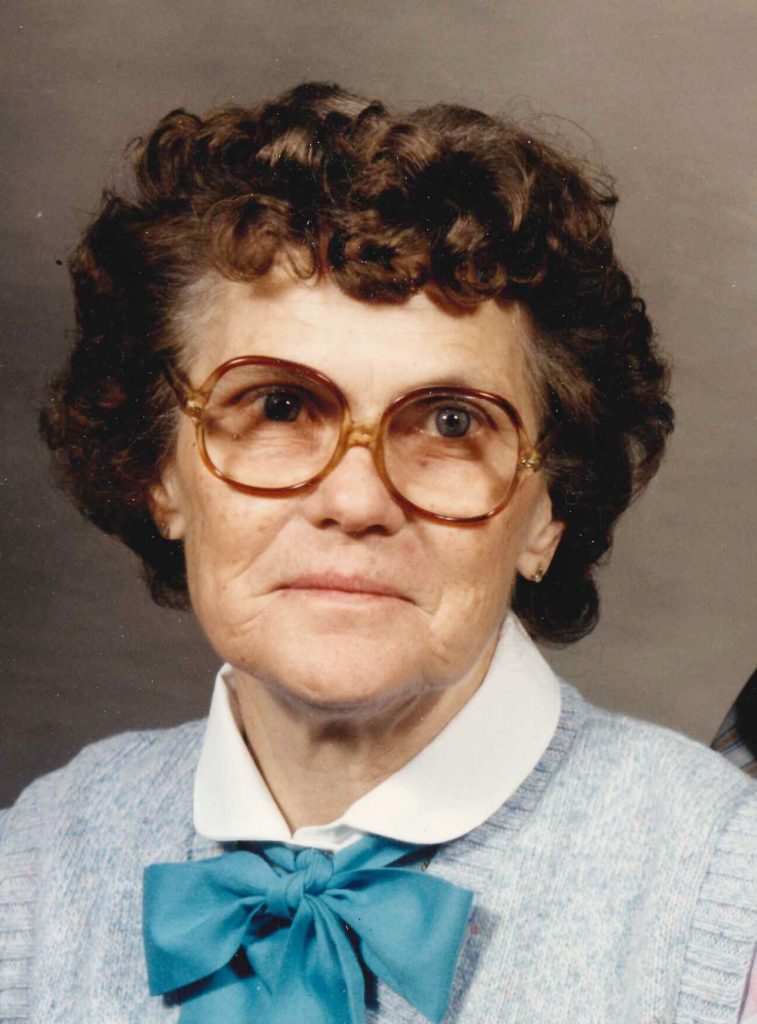 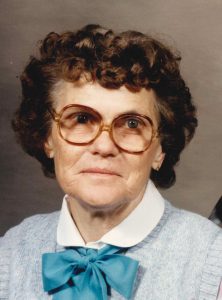 Bertha was born April 28, 1921. She was the daughter of Earl and Florea (Hopp) Cochenour. She was united in marriage on January 11, 1941 in Memphis, Missouri to Clair A. McBride. They were the parents of three children; Clair B. McBride, Betty Jean “Jeannie” DeWitt and Nancie Holmes.

Bertha was a member of the First Baptist Church in Farmington, Iowa. She was employed at Moores Business Forms in Kahoka for a number of years. Bertha lived most of her life in Clark County, Missouri working on the farm helping her parents and later her husband after their marriage. After retirement, they moved to Farmington, Iowa. She was very gifted with skills in crochet, embroidery and sewing, making many gifts for her loved ones over the years. Bertha’s love for cooking was evident at family gatherings where her homemade breads and pies were served. Her love for her husband of almost fifty-five years and her family was shown by all the family pictures and her smiles when she talked about them. She enjoyed camping with her family at Western Illinois Old Threshers and Mt. Pleasant Old Threshers during the annual antique tractor shows.

She will be greatly missed by all those who loved her.

Funeral services will be held at 11:00 a.m. on Monday, January 9, 2017 at the First Baptist Church in Farmington, Iowa with Pastor Chad Welch officiating.

Burial will be at Greenglade Cemetery in Farmington, Iowa.
Memorials may be made in her memory to the First Baptist Church of Farmington or Clark County Nursing Home Activities Fund.

Online condolences may be sent to the family at www.schmitzfuneralhomes.com. The Schmitz Funeral Home in Farmington is assisting the family with the arrangements.