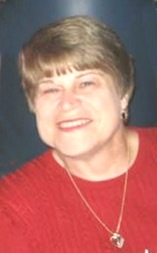 The daughter of Robert Davis and Vera Marie (Mitschele) Holdren, she was born September 30, 1950 in Scotland County, Missouri.  On August 17, 1969 in Baring, Missouri, she was united in marriage to Clinton Stephen Jerome.

She was preceded in death by her parents; her father-in-law, Charles Clinton Jerome; and two brothers, John David and Joseph Alva Holdren.

Mary Lou attended Baring Elementary School and graduated from Knox County High School in 1968. She attended Northeast Missouri State University for one year. She was employed as an operator for AT&T in Kirksville for one year before transferring to AT&T in Kirkwood, Missouri, for several years. She was then a stay at home mother and raised her children. She also did child care in her home during that time. She received her degree in Elementary education from University of Missouri in St. Louis. She taught in the Valley Park School District. In 1983 she started working as a computer research specialist for the Parkway School District until she retired in 2007. Mary and Clinton moved to Kirksville where she worked for the Bank of Kirksville for the past eight years.

She was a member of the First Baptist Church in Eureka, Missouri. She enjoyed her grandkids, basket work, crafts, sewing, quilting, gardening and her flowers.

Memorials in memorial of Mary can be made to the Green Castle Cemetery or the American Heart Association.