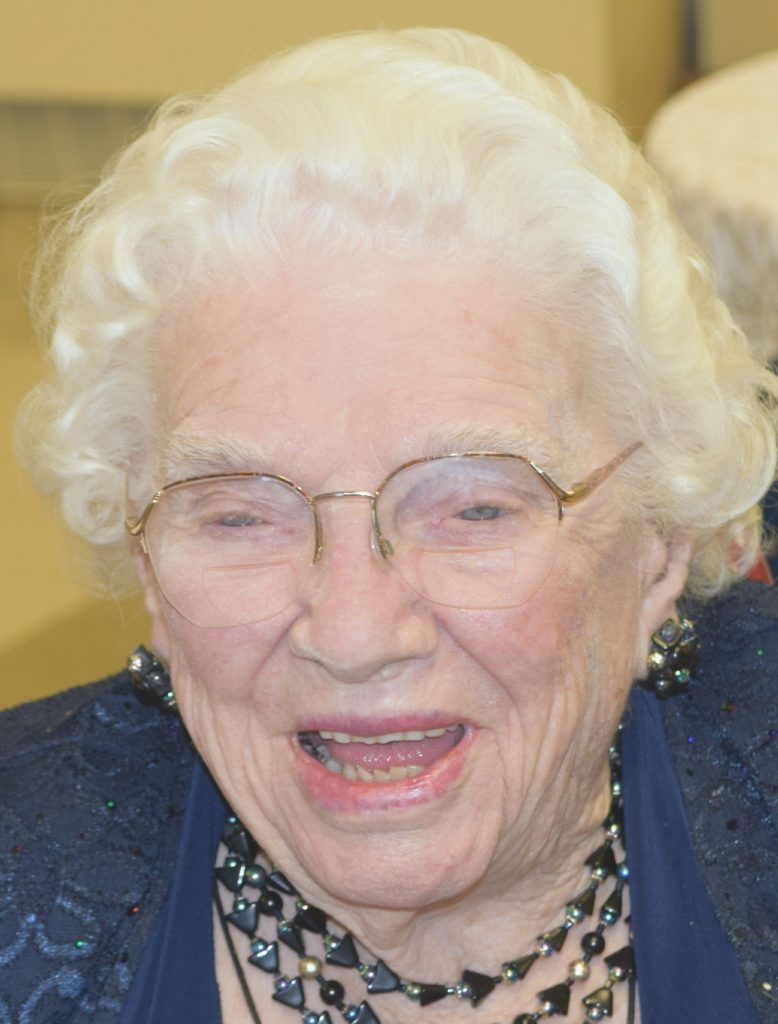 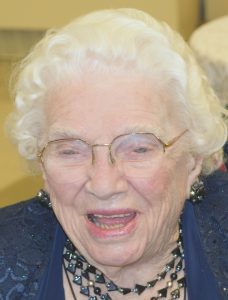 Ruby was born October 29, 1916 to Francis (Frank) Leo and Essie Zazle (Smith) Costello, on a farm east of Edina, Missouri.  She attended country school and then Edina Public Schools graduating in 1934. In 1937, she went to Fort Madison Business College for a secretarial and bookkeeping course. She completed her course work in May of 1938 and was offered a position at Iowa Wesleyan College at Mt. Pleasant, Iowa. She had been employed at Iowa Wesleyan College for three years when the business manager for the college passed away. The administrative board asked her to manage the office until a new manager was selected.

On August 31, 1947, Ruby was united in marriage to a horticulture student, Griffith J. Buck, at the Collegiate Methodist Church. To this union two daughters were born: Mary in 1951 and Susan in 1954.

At the time of her death, Ruby was a member of the Collegiate United Methodist Church, 50-year plus member of the ISU Women’s Club, a life member of the Iowa Arboretum, a member of the Audubon Society and the Iowa and American Rose Societies. She worked in a number of organizations while her girls were growing up. She enjoyed bird watching, sewing, cooking and reading.

Ruby is survived by her daughters, Mary Eileen Buck, and Susan Louise and her husband Roger Ramthun; grandson, Matthew and wife Hillarie Ramthun; 3 step-great-granddaughters, Maya Hjelden and Savana and Isla Miller; and several nieces and nephews.

She was preceded in death by her husband, Griffith J. Buck; parents, Frank and Essie Costello; her in-laws, Griffith and Mary Buck; four brothers and their wives – Virgil, Edwin and wife, Thena, Paul and wife, Roberta, and John in infancy; one sister, Zetta Frances and husband, Jens Rice; one nephew, Sgt. Gerald Rice; and special cousin, Florence Costello.

Adams Funeral Home in Ames is assisting the family with arrangements. Condolences and photos may be shared at www.adamssoderstrum.com