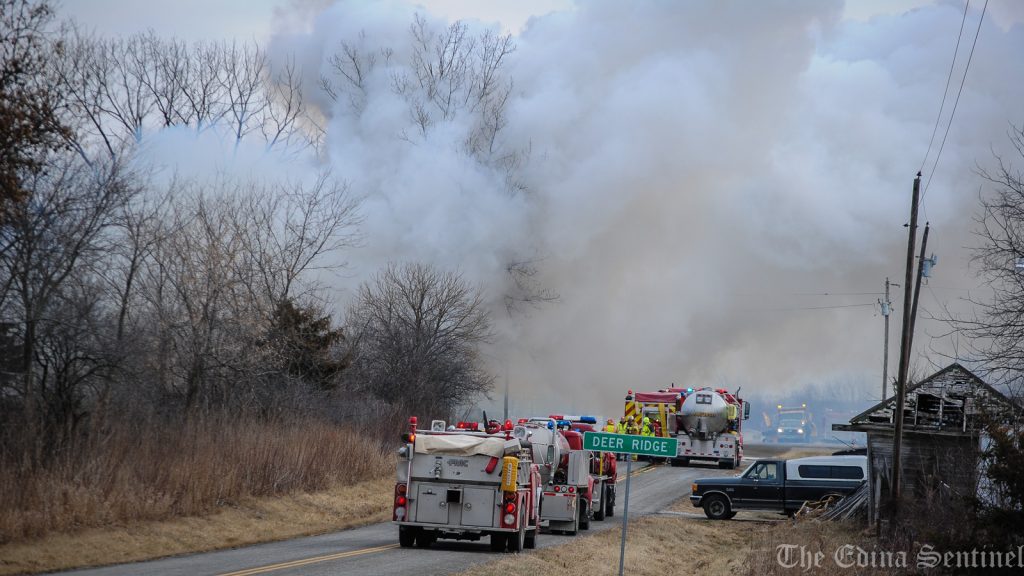 Multiple agencies responded to a structure fire in Deer Ridge, which is located in northern Lewis County approximately five miles north of LaBelle.

“The resident called reporting the wall of their double wide trailer was on fire,” said Paul Ross, Jr., Captain and Public Information Officer for the Western Lewis County Fire Protection District. “The resident did get out of the structure and no injuries have been reported.”

Emergency personnel were dispatched to the fire at 10:58 a.m. to State Highway Y approximately one-quarter mile east of the State Highway K junction.

“When units arrived it was heavily involved,” said Ross. “The challenge was that there were no fire hydrants there. As is typical in these very rural areas such as Deer Ridge, there are no fire hydrants, so calls for more water are made.”

The fire burned for over one hour and a large column of thick black smoke could be seen from several miles away in every direction, and the structure was a total loss, according to reports.

The cause of the fire is still under investigation, according to Ross.

“This time of year the potential (for fire) is there when people are using their wood stoves. We encourage everyone to inspect their heating systems, whether it’s propane, gas or wood. If they have a propane or gas water heater, we encourage people to have them checked, too,” said Ross.

(A list of all of the agencies that responded to this fire will be added to this story when it becomes available.)