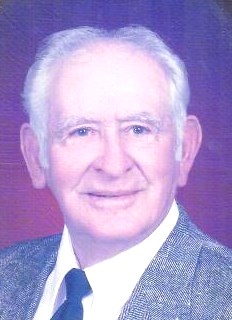 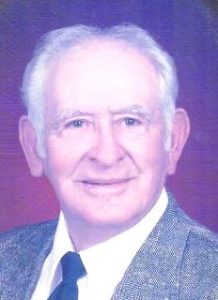 He was born in Knox County, MO, on June 5, 1925, the son of Bruce Francis and Velma Gladys Kenoyer Hamlin.

He was united in marriage to Verna Marie Kilbride of January 22, 1949, at Memphis, MO.

Roland was preceded in death by his parents, three brothers Ray, Ralph and Donnie Hamlin, one son Stephen Jay Hamlin and a grand daughter-in-law Pam Hamlin.

Roland lived his entire life in Knox County where he received his education.  He served his country in the United States Navy during World War II from 1945 to 1946.  During his military service Roland served as a cook on the USS Buckeye (a minesweeper) in Japan and the Philippines.

Roland was a self-employed carpenter for Hamlin Construction for many years and drove a School Bus for seventeen years for Hurdland and Knox County Schools.   Roland also dug graves and set monuments from 1952 to 1987.   Roland was a member of the Hurdland Nazarene Church.  Roland never meet a stranger, he enjoyed visiting with family and friends at the Hurdland 4th of July Celebration and the State Fair, riding his side by side around, and riding on his Pontoon at Baring Lake.

Funeral services will be held 2 p.m. Saturday, January 21, 2017, in the Hudson-Rimer Funeral Home in Edina, MO.  Pastor Rick Barnes and Pastor Nancy Douglas will officiate the services.  Burial will be in Park View Memorial Gardens in Kirksville, MO.