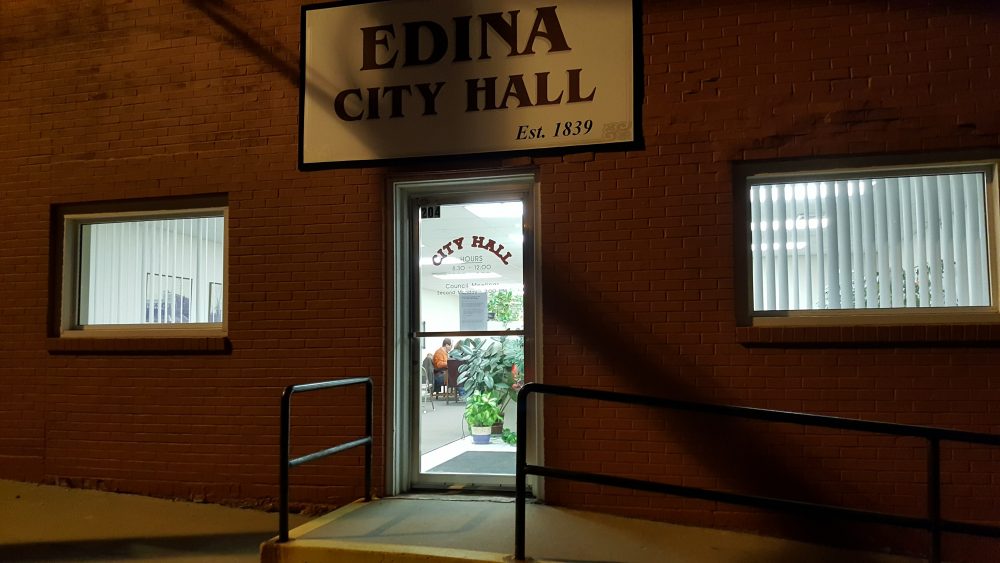 The Edina City Council called a special meeting and met in closed session on Monday evening, January 23, 2017 to interview applicants and select a new Chief of Police for the Edina Police Department.

The Council interviewed three candidates for the position and selected Ryan Bishop of Edina as the new Police Chief.

Bishop has been working in law enforcement nearly all of his adult life. He began his career as a full time officer for the Edina Police Department in May of 2000. In 2001 he was commissioned as a reserve deputy for the Knox County Sheriff’s Office and in 2007 he went to work full time for the KCSO serving as the Chief Deputy under former Knox County Sheriff Mike Kite. Most recently he worked under former Sheriff Allen Gudehus.

Bishop has kept his commission with the Edina Police Department since he began in law enforcement nearly 17 years ago.

“I’m excited to go to work for the City of Edina,” said Bishop after being offered and accepting the position Monday night. “I will work hard and I’m committed to ensuring the safety and security of the people of Edina.”

According to Edina City Clerk Margaret Gibson, Bishop was the first choice of the Council. He will be officially sworn in on Thursday, January 26, 2017 at the Edina City Hall.

Bishop will replace Chief Kelly Hayes. Hayes is retiring from his position after 18 years with the department to pursue opportunities outside of law enforcement.

Look for photos of the swear-in and more information in the February 1, 2017 edition of The Edina Sentinel. 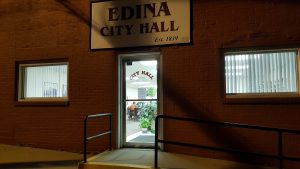 Photo Caption: This photo was taken outside the Edina City Hall on Monday, January 23, 2017 during a closed Edina City Council meeting by Echo Menges.