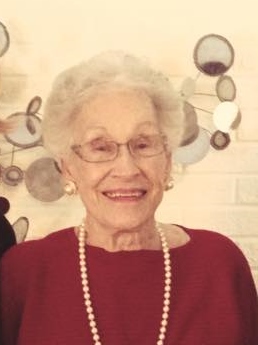 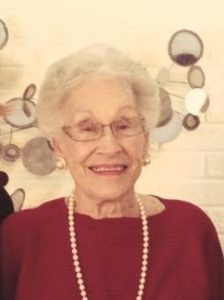 She was born on May 27, 1924, in Quincy, Illinois, the daughter of Bert and Gladys Chipman Moore.

She was united in marriage to Richard E. Hunolt, of Edina, on February 7, 1943 at St. Aloysius Catholic Church in Baring, Missouri, prior to his deployment with the US Marine Corp to the South Pacific during WWII.  He preceded her in death in 1987.

Helen graduated from Baring High School and, after receiving her teaching certificate, taught in the one room Kiley School near Baring.

Helen later acquired her real estate and insurance license and retired after serving thirty years as an independent insurance agent.

After moving to St. Charles, Missouri, to be near family, she enjoyed traveling, playing bridge, and spending time with her family, especially her fourteen grandchildren.

She is preceded in death by her parents; her brother, Leo W. Moore, and her sister, Elizabeth J. “Betty” Moore.

Memorials may be made to the St. Joseph Catholic Cemetery in Helen Hunolt’s name.  Memorials may be left at or mailed to Hudson-Rimer Funeral Home, P.O. Box 1, Edina, MO, 63537.