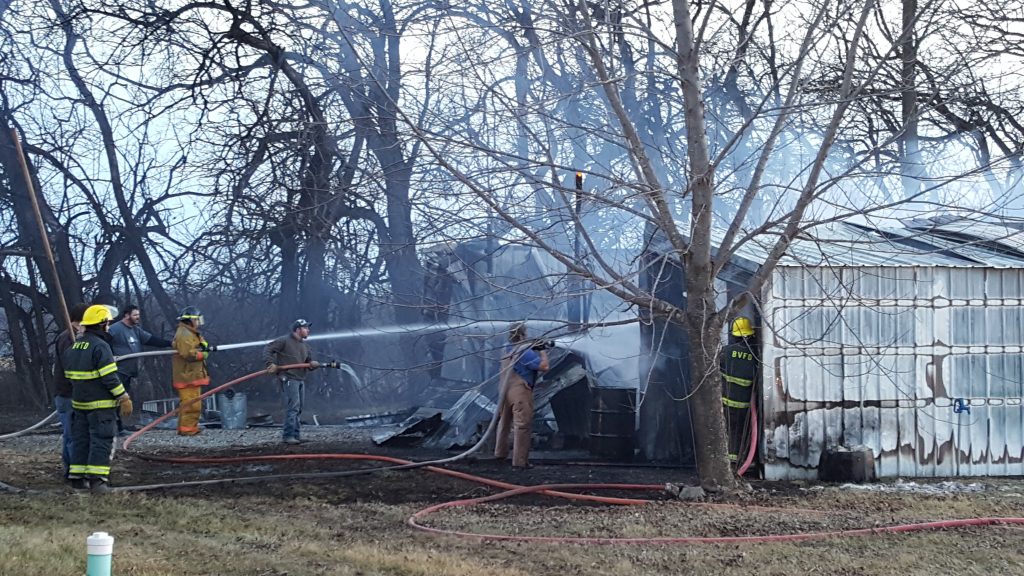 According to Hurdland Fire Chief Kris McCarty, the Hurdland Volunteer Fire Department was called to a garage fire approximately 2.5 miles west of Hurdland on Comanche Avenue, on the north side of Highway 6, at approximately 5:00 p.m. on Tuesday, February 14, 2017.

Two people were home at the time of the fire.

According to reports, they heard “explosions”, saw that the garage was on fire and called 9-1-1 for help.

Chief McCarty was among the first to respond to the call and reported the structure was fully engulfed in flames when firefighters arrived.

The garage reportedly housed common lawn and garden items along with a Civil War era cannon with black powder rounds and ammunition.

It took firefighters approximately one hour to knock the fire down.

The home adjacent to the garage was damaged by the heat from the fire, which melted vinyl siding on the home.

One person was seen being taken away by helicopter for a medical emergency that was not related to the fire.

The following video was live streamed during the firefight.

The following video was recorded at the scene.