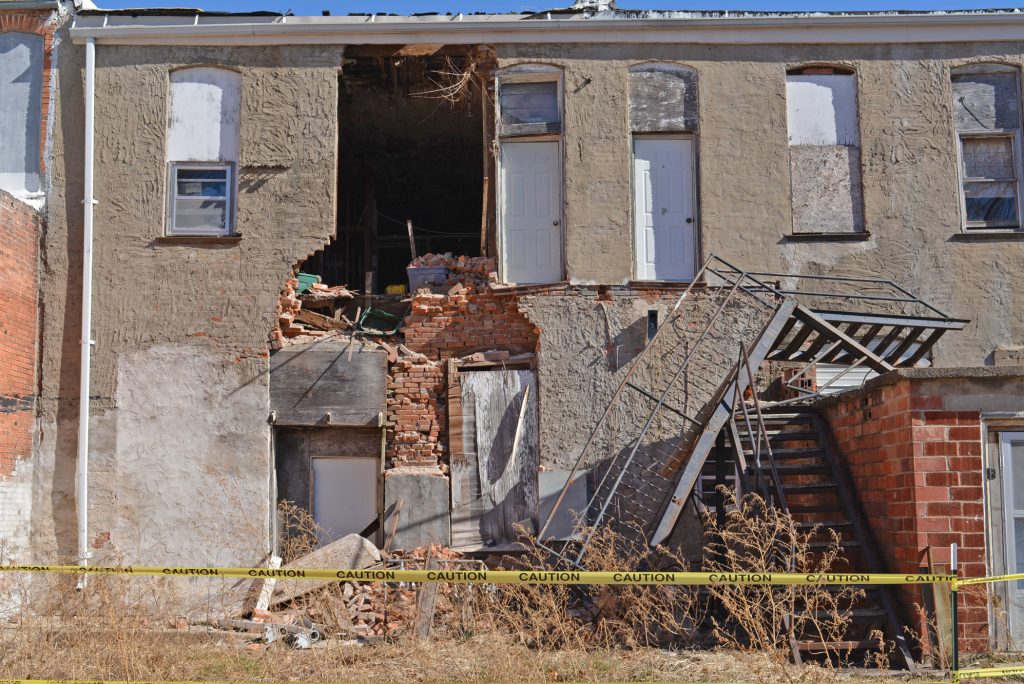 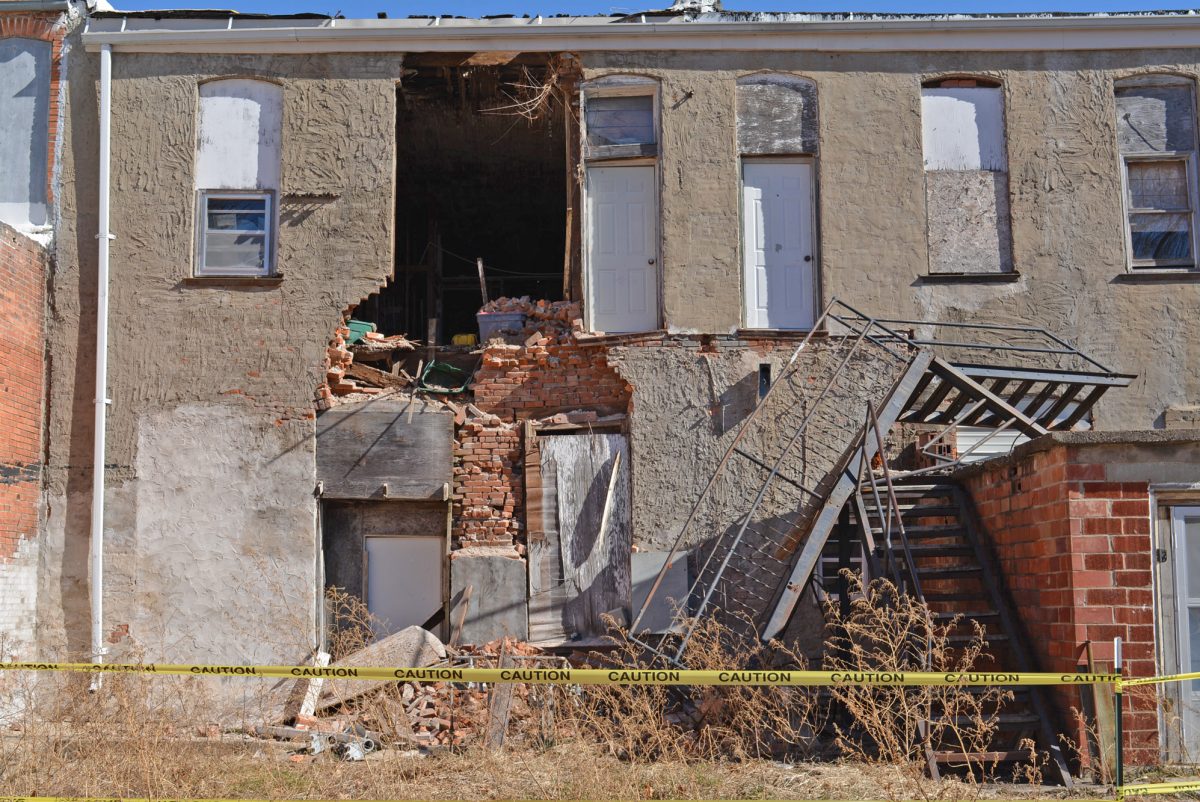 This condemned building at 120 N Washington in Kahoka has started to collapse.

The partial collapse of a condemned building on the west side of Kahoka’s square has city officials scrambling.
Sometime on Tuesday, February 14, an approximate 10×20 foot section of the rear of the building at 120 North Washington collapsed. It was discovered by a resident walking his dog, who reported it to City Hall.

Webber continued, stating his opinion that the weight of a metal and cement stairway and catwalk on the building contributed to the “sloughing off” of the bricks.

The vacant building is on the list of properties to be demolished as part of a USDA demolition grant. The city acquired the building after Clark County abated the back taxes owed.

“We paid the $28 dollar filing fee, and that’s what we have in it so far,” Webber said.

At several recent Kahoka Board of Aldermen meetings, Webber has complained about the lack of progress on the project, and “foot dragging” on the part of the NEMO Regional Planning Commission. At the Monday, February 13 meeting, the night before the partial collapse, Webber reported that the next steps would be a demolition tour for bidders, and to advertise for bids.

In the meantime, Webber has been in contact with USDA and RPC officials to see if the city could proceed with an emergency demolition of the structure, which he hoped would still be paid for with grant funds.

“My best guess is that it will cost about $30,000 to demo that building, and we’d rather the grant money pay for it,” Webber said.