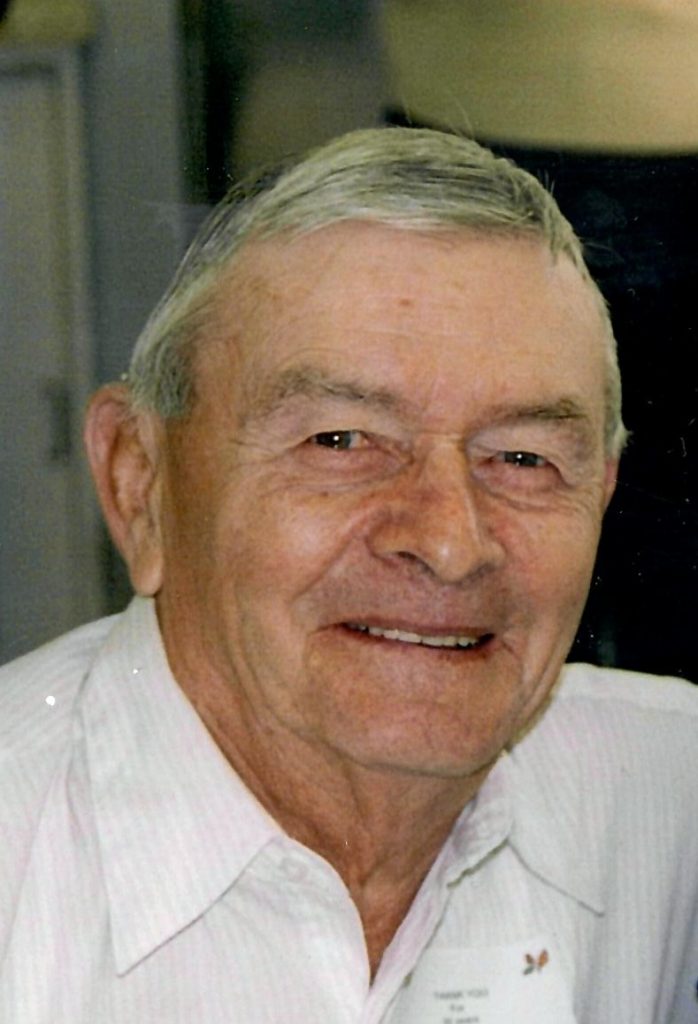 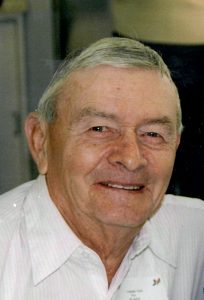 He was united in marriage to Alma Dee Palmer Hall on February 9, 1954, in Shelbina, Missouri, and she preceded him in death on February 23, 2016.  John was also preceded in death by his parent’s two brothers, Bill and Joe Daniel, three sisters Phyllis Wilkerson, Janelle Bowen and Darlene Parks.

John graduated from Novelty High School and served his country during World War II from December 15, 1944 to April 27, 1946.

John and Alma Dee began farming north of Canton, Missouri, then moving to the Oakdale community north of Lakenan, Missouri, in 1957.  They retired from farming in 1989, and moved to Shelbina, Missouri, where he drove a School Bus for South Shelby Schools for fifteen years.  Since 2008 they have lived in Edina, Missouri.

Funeral services will be held 10 a.m. Monday, February 27, 2017, in the Hudson-Rimer Funeral Home in Edina, Missouri.  The Reverend Graig Connell will officiate the services with music provided by Marsha Pinson, organist and Jim and Kyle Clark, vocalists.  Musical selections will be How Great Thou Art, Have Thine Own Way Lord and Amazing Grace.