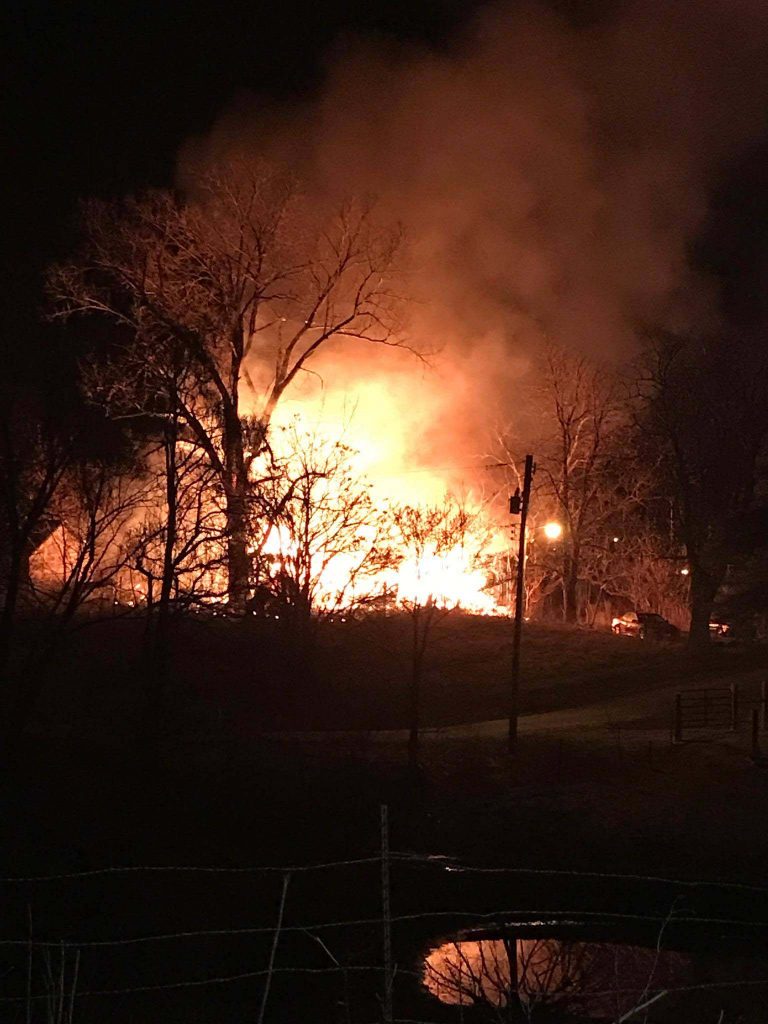 “It was pretty much gone when we got there,” Wood said. “We had to let it burn and make sure it didn’t spread.”

The home, owned by Louie McCluskey, was the scene of a fire last summer.

Firefighters were on the scene for about 2 1/2 hours, and then called again around 4:30am, when a passerby reported that the structure was burning again.

Wood said there was no electricity connected to the home. A neighbor reported a loud thunder clap about a half an hour before the original call.

“It’s possible it was storm related,” Wood said. “But we don’t know.” 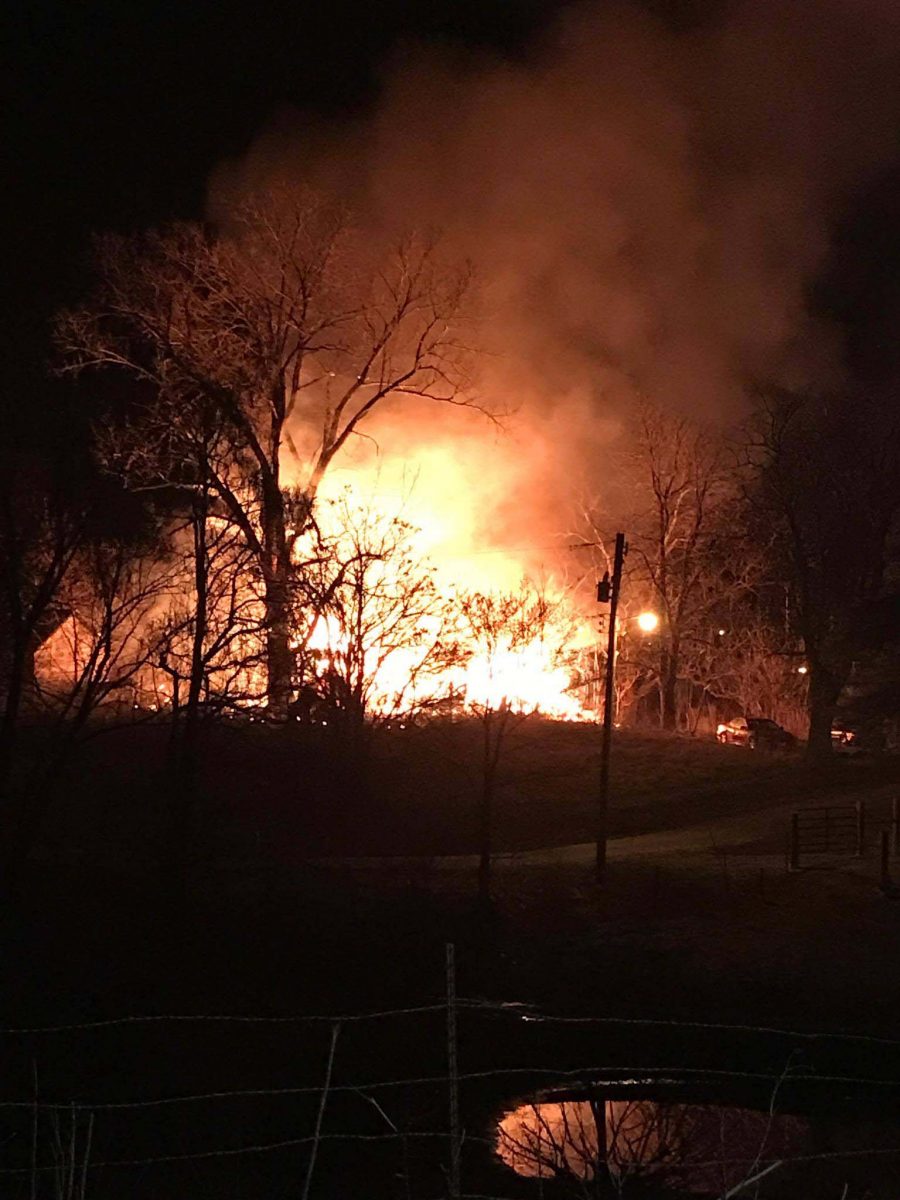 A late night fire destroyed an unoccupied home in Luray.