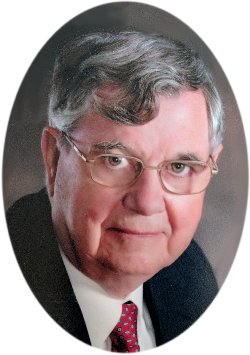 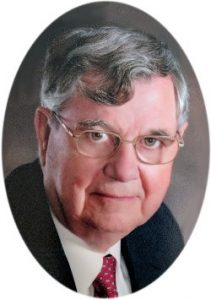 Bill was born near Baring, Missouri on September 14, 1934, the son of William Nicholas and Grace Cecilia Kurth Delaney.

He attended Kiley Rural School, Baring Elementary and graduated from Baring High School in the Class of 1952. Bill continued his education at the University of Missouri, in Columbia, Missouri, with a degree in Agricultural Engineering and was a member of the Farmhouse Fraternity.

He worked as a test engineer for Caterpillar Tractor Company in East Peoria, Illinois, until serving his country in the United States Army, after which he was transferred to Phoenix, Arizona with Caterpillar.

William and Marjorie traveled often but always returned in the summers to Missouri, visiting friends and family in the area every year.  In 2013 William and Marjorie relocated to Jacksonville Beach, Florida to be closer to family and where William enjoyed walking the beach daily and attending soccer games.

He was preceded in death by his parents, Bill and Grace Delaney; a sister and brother-in-law, Mary and Ray Cahalan, a sister, Delores Delaney; two brothers, George Delaney and Robert “Bob” Delaney; and sisters-in-law, Mary Delaney and JoAnn Delaney.

Interment will be at the Pauline Cemetery in Rutledge, Missouri.

An expression of sympathy in memory of Bill Delaney may be left to advance Dr. Steven Attia’s sarcoma research at Mayo Clinic Florida or to the Sandhill Cemetery. A memorial may be left at or mailed to the Doss Funeral Home 208 N. 4th Street, Edina, Missouri 63537.