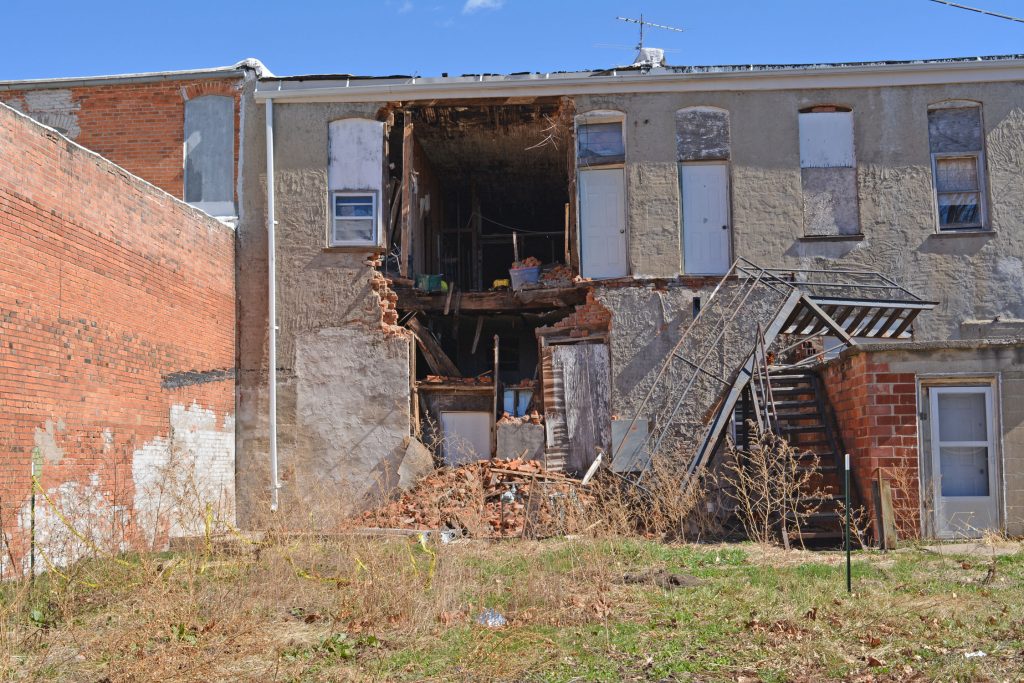 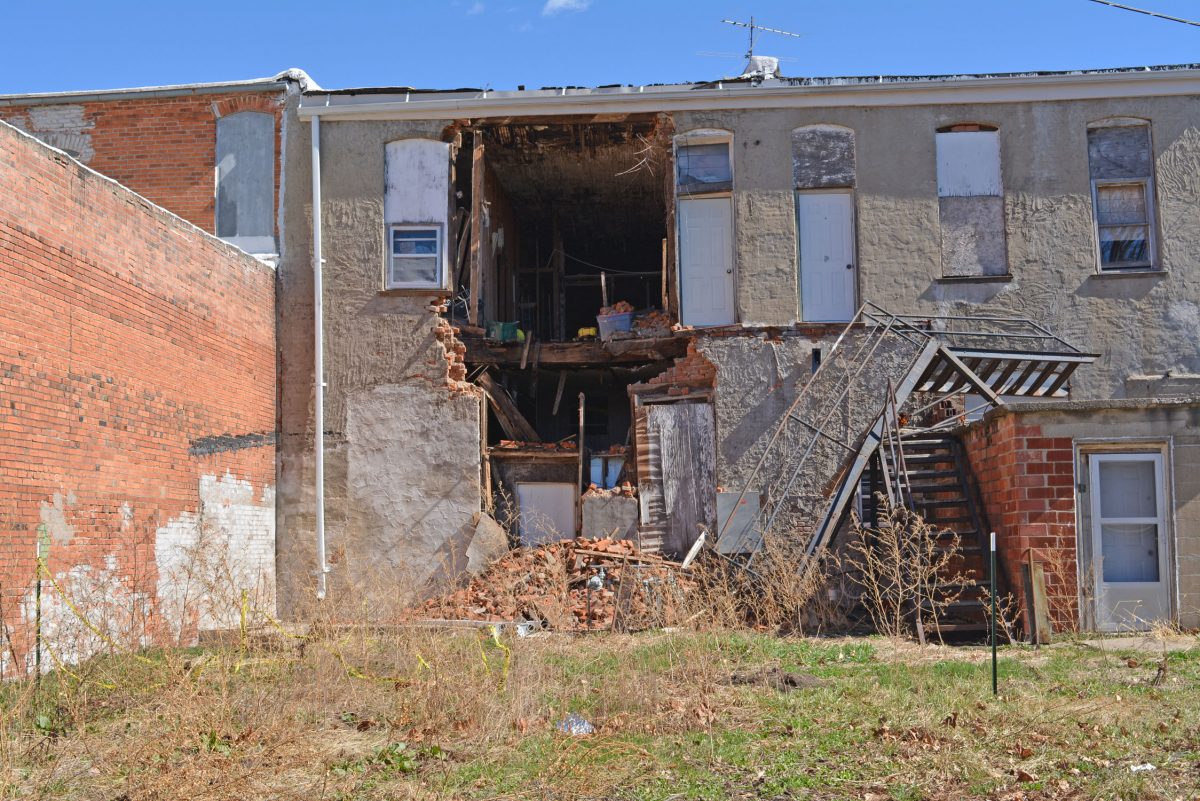 At the Monday, March 13 meeting of the Kahoka Board of Aldermen, Mayor Jerry Webber reported that the city had received two bids for demolition of the condemned building at 120 N. Washington. In recent weeks, the rear of the building has begun to collapse, prompting the city to seek emergency approval from the state to begin demolition. The property is included in the CDGB Demolition Grant of several properties.  Demolition of all the properties is expected to take place this summer.

“We contacted potential bidders,” Webber said. “Two bid, two declined to bid, and two did not return the bid information.”

The Kahoka Police Department has moved into the old city hall building, and will no longer be renting space in the Sheriff’s Office.

Chief Bill Conger brought forth a request from Clark County Sheriff Shawn Webster to raise the rent/MULES(Missouri Law Enforcement System)/dispatching bill which at present combine for a total of $1,600.00 per month and Sheriff Webster would like to raise to $1,750.00 per month. Chief Conger stated the City would no longer be renting the office space and recommended counter offering $1,500.00 per month. Alderman Joe Roberts pointed out that the City allows the County to have their antenna on the water tower at no charge.

The board rejected a request from Chad Winters and Brett Bertelli, who own land adjacent to the water plant in Wayland.  They had requested that the city sign an agreement that they would not place any signs on the property that would block the view of their property.

“We told them we had no plans to put up a sign, but we wouldn’t sign an agreement that we never would,” said Webber.
In other business, the council:

-Announced that the Historical Society/Museum grand opening will be April 29th, and they invited the Governor, Senators and Representatives.

-Alderman Larry Young reported that the annual Flea Market is scheduled for May 6, 2017 in the City Square. Through general consent the Board agreed to pay for the port-a-potties for the event.

-Alderman Young proposed raising the cable rates to cover that cost of retransmission. Through general consent the Board agreed to table the issue for a later date.

-Alderman Roberts brought forth a request from the street Department for a newer used tractor. Alderman Roberts moved to pursue getting bids for a used 2011, 70 horsepower tractor with a cab and a loader.

-The nuisance ordinance was discussed. Alderman Orlie Yoder stated he would like to just follow the letter of the ordinance and bill each owner for the cleanup, and if they fail to pay their bill add it to their tax bill. After a lengthy discussion, the Board decided to request a meeting with Judge Roberts to discuss other possible actions the City could take.

-Appointed Alderman Roberts as the alternate for the Regional Planning meetings.

-Approved a building permit for the demolitions of a structure on East Exchange.

-The board will meet with Visu Sewer representative Barry Howell on March 28.

– The smaller towns in the county are checking on also getting funding for economic development.