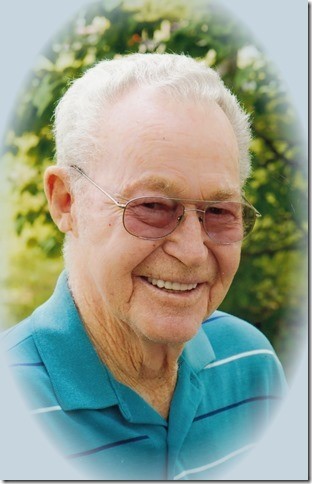 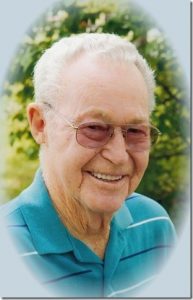 Clyde was born June 11, 1935 at his parent’s home in Clark County, the only child of Clyde Sr. and Emma Oilar Smith.

He was united in marriage to Betty Karlson on February 12, 1956 at the First Christian Church in Fort Madison, IA.

He was preceded in death by his parents and two brothers-in-law, Bill Kurtz and Robert Karlson.

Clyde graduated from Kahoka High School in 1954 and shortly thereafter joined the US Army where he was a member of the 82nd Airborne as a paratrooper.

Jr. was a member of the Luray Baptist Church and had received his 50 year Masonic pin as a member of St. Francisville Lodge # 588 at Wayland.

He was a former employee of Ochner’s Chevrolet Garage in Fort Madison, J. C. McCollough Trucking, Missouri State Highway Dept., the Army Ordinance Plant, Kahoka Motor Company, Armour Dial, and most recently, had been a driver for Wilcoxson Transport. Prior to working for the highway department, Clyde worked for Brian Whiston and had the honor of helping to build the Luray School and also was a bus driver for the Luray School District for a number of years.

Jr. and Betty traveled all over the United States by motorcycle visiting all of the states in the continental U.S. They also visited Hawaii, but never made it to Alaska. He enjoyed his small farm north of Luray, but he mostly enjoyed time spent with Betty and his children and
grandchildren.

Funeral services were held Friday, March 31, 2017 at 2 p.m. at Wilson Funeral Home in Kahoka with Pastor Shawn McAfee officiating. Special music was congregational hymn “When We All Get To Heaven”, solo by Summer Roller “Amazing Grace” (My Chains are Gone), and recording “I Did it My Way”.

Burial and military rites followed in the Kahoka Cemetery.

Visitation was held after 9 a.m. Thursday at Wilson Funeral Home with family receiving friends from 6-8 p.m. followed by a public Masonic Service at 8 p.m.

Memorials were suggested to the Kahoka Cemetery.