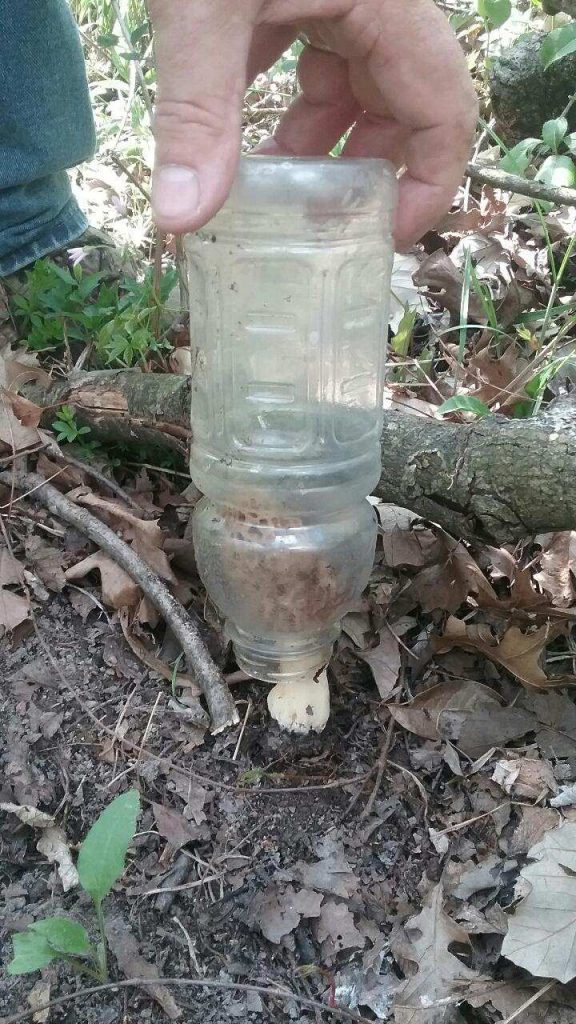 The Parton brothers found the bottle sticking straight up and down, downside up, and when they took a closer look they saw a morel had grown up into the mouth of the bottle and the circumference of the cap had grown larger than the opening.

They snapped this photo with a smartphone before picking the mushroom. 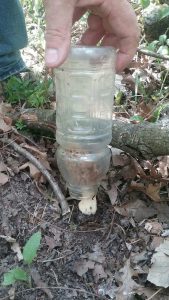 Like many mushroom hunting “experts” in the region, the Partons would not disclose the exact location of their morel honey hole.

They did disclose the bottled mushroom was found around 3:00 p.m. on Wednesday afternoon, April 19, 2017. 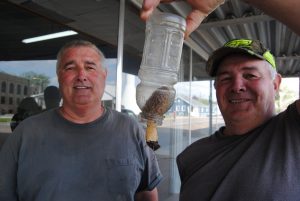