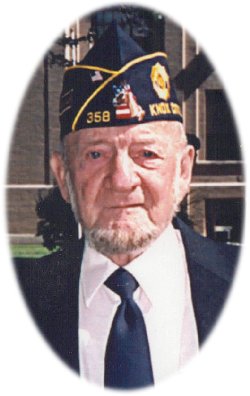 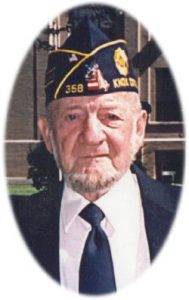 He was born on October 31, 1926, in LaGrange, Missouri, the son of Carl and Maurita Goelbricht Parrish.

After his school years, he served his country in the United State Army during World War II.

Nelson worked at the Wells Lamont Glove Factory in Edina, Missouri, while there he met Laura Lee Haines. On October 6, 1950, in Edina, Missouri, they were united in marriage by the Reverend Tate and to this union two sons were born, Douglas and David.

They made their home in Edina, then in Ft. Madison and Burlington, Iowa, where Nelson worked for the Santa Fe Railroad. After living in Iowa, the couple moved to northern Illinois, first in Richmond, then to Woodstock, Illinois, eventually settling in Crystal Lake, Illinois, where they lived until their retirement and moved back to LaBelle, Missouri in 2000.

Visitation will be after 9:00 a.m. Saturday with the family receiving friends from 10:00 a.m. until service time at the funeral home.

Full Military Honors will be in the Linville Cemetery in Edina, Missouri by the Knox City American Legion Post.

An expression of sympathy in memory of Nelson Parrish may be left to the Knox County Cancer Fund. A memorial may be left at or mailed to the Doss Funeral Home 208 N. 4th Street, Edina, Missouri 63537.