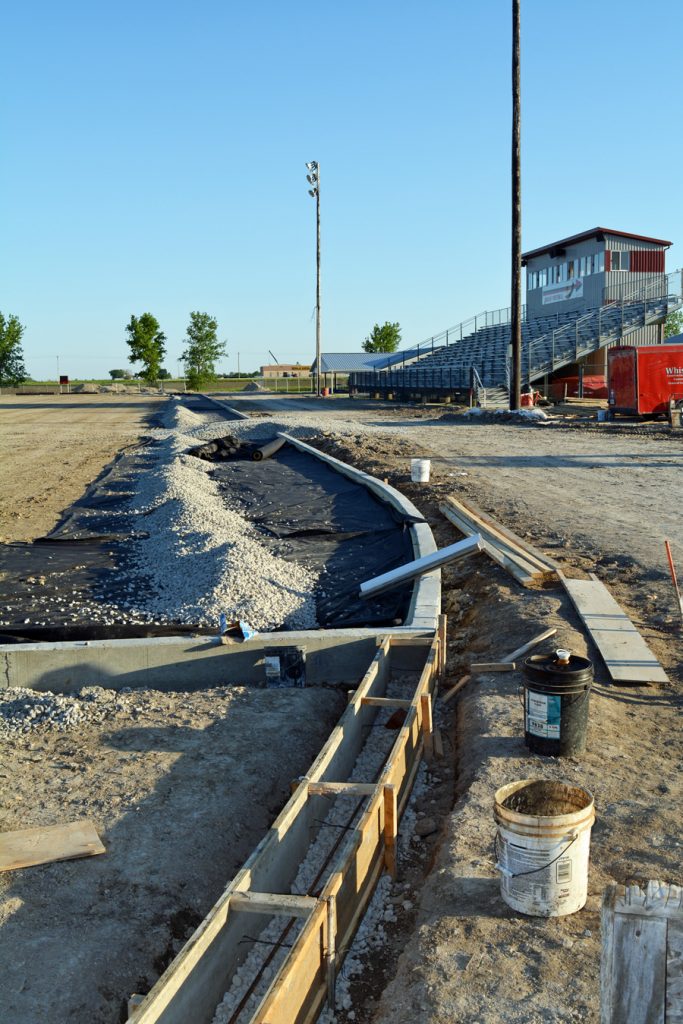 School Board Approves Changes To Stadium Project
By Mike Scott

The Clark County R-1 school board approved three changes to the stadium project underway at the high school, which will add $61,040 to the total cost. The board approved the changes at their Wednesday, May 10 meeting.

The first, and most costly item on the list, is additional rock to form the underground base of the new field. The current soil base is not solid enough to support the new field.

“We thought this would probably happen,” said Superintendent Dr. Ritchie Kracht. “But there was no way of knowing for sure until the topsoil was removed. If we do this right, the underground base should last for 30 or more years. And we’ll still be within the budget.”

The second change item approved was $900 to disconnect a water line the current runs under the field, and to install another hydrant on the home side.
“We thought it was a good idea to get rid of that waterline, so it will never cause a problem under the field,” Kracht said.

The third change will have a 7×140 foot strip between the bleachers and the track paved with concrete, at a cost of $5140. That will eliminate any rock from the area, and allow pass in front of the bleachers.

Kracht also addressed public concerns that the stadium project is the only thing being worked on.

“A large bid package will be going out in July,” Kracht said. “It takes time for the design of all these projects.”
The engineering firm hired by the district, Klingner and Associates, has been developing the designs and bid specifications for the new Early Childhood/Special Education building, as well as the security entrances.

Kracht expects that the security entrance work will take place at the High School, Middle School and Running Fox this fall.

“We can utilize other entrances while construction is in progress,” he said. Black Hawk’s new entrance will have to wait until the new Early Childhood/Special Education building is complete, because those renovations require using classroom space that is currently in use and which will not be available until the new building is open. Kracht expects groundbreaking on the new building sometime this fall, with completion next summer.
Summer school will be held at the Middle School this year to allow district maintenance staff to renovate the rest rooms at the elementary buildings.

At the high school, engineers have determined that the cause of the west wall setting is clay in the ground shrinking and expanding. The solution will be to install piers under the existing foundation to stabilize the wall. They also reported that the main slab under the school has not heaved, and that it is possible, but unlikely to after 20 years. Bids for the project are current being accepted. Work should be done this summer.
Bids for the cooling tower replacement at the Middle School are also being accepted, and work should also be completed this summer. 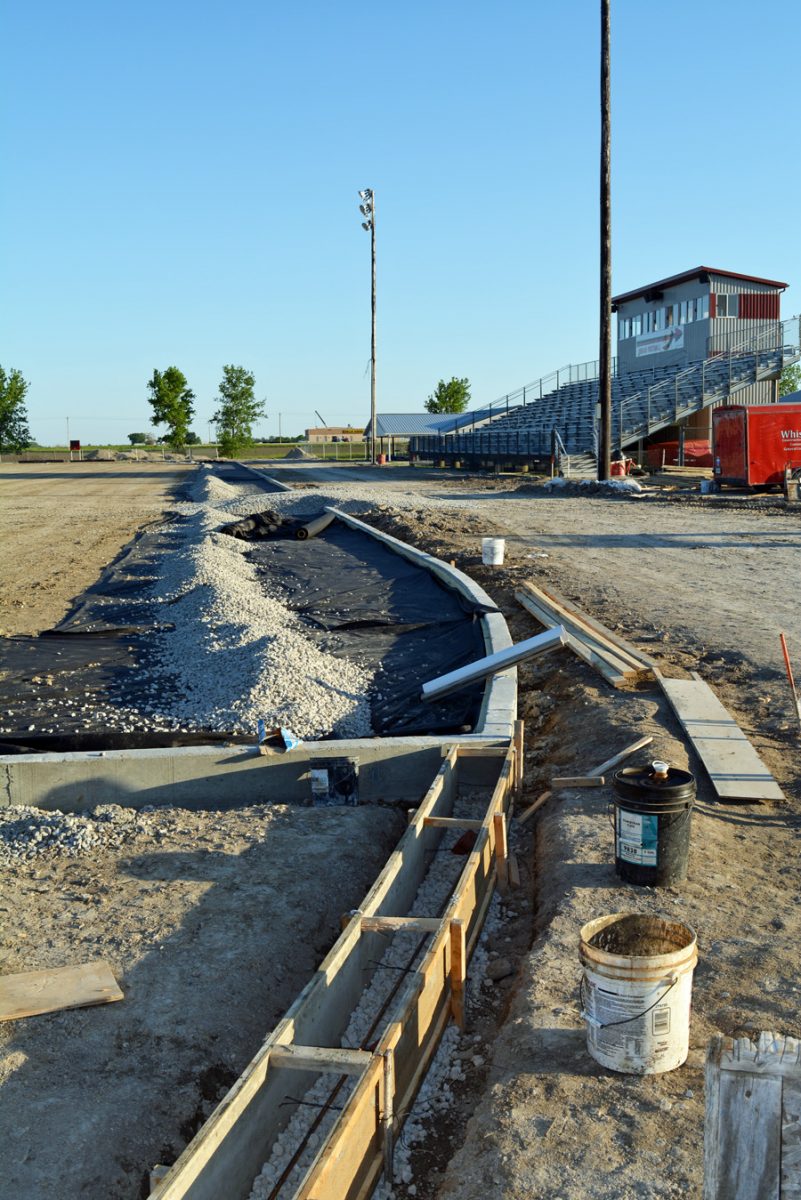 Whiston Construction is installing the concrete curbing that for the stadium project at the high school. At Wednesday’s meeting, school board members approved over $60,000 in changes to the project.

“A lot of things are happening, and if we take our time and do some of them in the fall, we can save money,” Kracht said.
Kracht also addressed several of these issue in-depth in a separate article on Page 7 of this issue of The Media.

The board also spent a considerable amount of time discussing Academic All-State Recognition, and which students should receive the 16×20 photo on the wall at the High School. Each of the various coaching associations that award Academic All-State recognition have different standards for the award, and some sports and activities do not offer the recognition.

“We’re looking for something to level the playing field and make having your photo on the wall more meaningful,” High School Principal Jason Harper said.

The board approved a policy that for a student’s photo to be placed on the wall for an Academic All-State award, the student must be a senior, with a composite ACT score of 27 or higher, start in 90% of the contests, and have a cumulative grade point average of 3.75.

“This will allow us to be uniform across the board,” Harper added. The change does not affect other All-State awards earned.

In other business, the board:
-Approved changes in several policies to be in line with legislative changes.
-Approved a student teaching agreement with Iowa Wesleyan.
-Approved a bond resolution, which will allow the district to pay for some of the projects prior to receiving bond funds, and then be reimbursed from bond funds
-Kracht reported that the financial status of the district is good, but that average daily attendance continues to slide.
-Approved an agreement with Kahoka Motor to provide a driver’s education vehicle at a cost of $300.