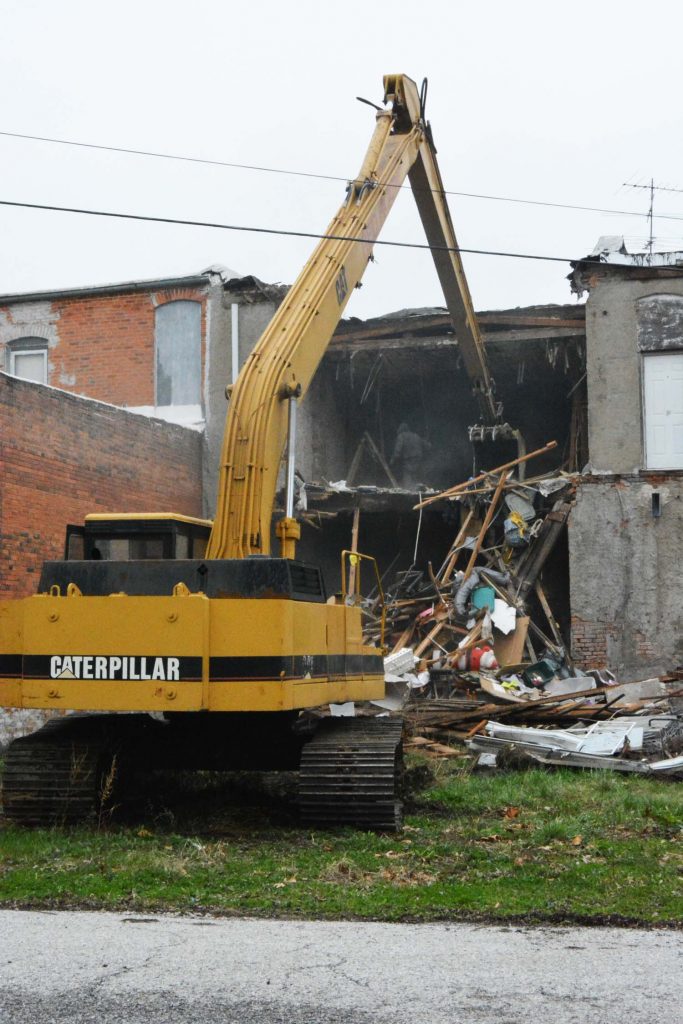 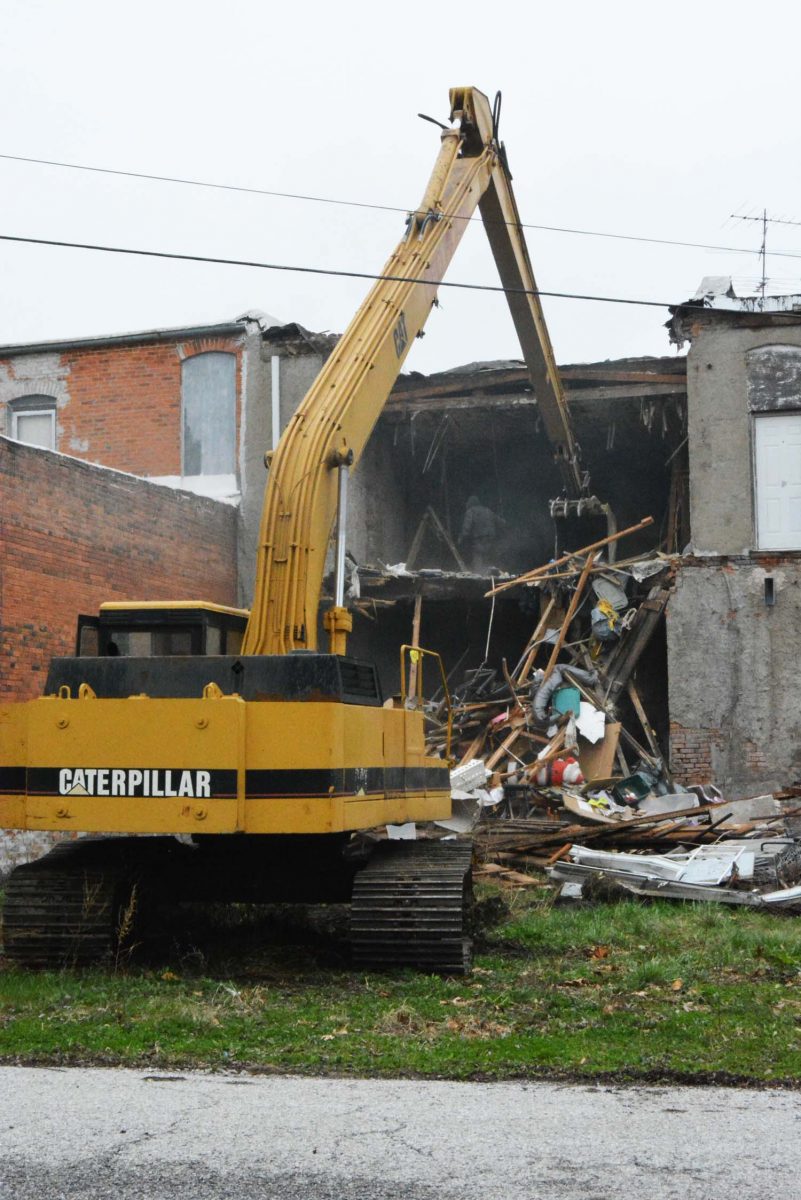 Demolition of the buildings on the west side of Kahoka’s is complete. On Monday, the city awarded the bid to demolish 17 other properties.

Skirvin Demolition of Liberty, Illinois, was awarded the demolition contract for 17 properties in Kahoka. At their Monday, May 8 meeting, the Kahoka Board of Aldermen approved Skirvin’s low bid of $72,995. Bids ranged as high as $171,333 for the project.

An asbestos abatement contract was also awarded to Forefront, from Oak Grove, Missouri, in the amount of $6890.

According to city officials, that will leave around $72,000 in grant funds. While there is a list of other properties to be demolished, officials encourage any additional property owners who are interested in demolition to contact the city.

Cats are becoming a problem in some areas of Kahoka. Lloyd Brotherton has done extensive remodelling of his home on East Main Street, and cats spraying have made his new porch virtually unusable.

In a separate discussion, alderman discussed a number of Kahoka residents that feed multiple cats, but when asked by law enforcement, claim that the cats don’t belong to them.

The city is taking the position that if you feed them, they are your cats.

Alderman Joe Roberts expressed concern about the amount of money the city pays Kahoka Vet Clinic to board cats that are picked up. The bill can total hundreds of dollars per month.

In some cases, residents have called to have the city pick up a litter of kittens, but they wanted to keep the mother cat.

“If we take the kittens, I think we should take the mother, too,” said Roberts.

City Attorney April Wilson noted that Memphis and several other communities do not regulate cats.

Sherry Brunk suggested that the city consider sponsoring a spay and neutering program. More discussion will be held at upcoming meetings.

In other business, the board:
-Approved the wage ordinance establishing wages for employees of the city.  Click the link below to see the ordinance.
KAHOKA WAGE ORDINANCE
-Visu Sewer will begin work repairing manholes this summer.
-Approved a bid for $5695 from Wiss and Wiss to purchase a mower to be used with the small excavator, on the condition that the price includes installation.
-Approved a water tower inspection bid of $1995, to inspect both tanks,
-Approved three building permits.
-Fire Chief Lary Fountain reported that the fire station finally has internet service.
-Approved $14,395 for a new maintenance and equipment building at the city pool.
-Will seek bids to install cement around the bandstand.
-Police Chief Bill Conger reported that upcoming state mandates will required additional training.
-Alderman Larry Young said he will make a list of properties that need to be mowed before things get out of control.