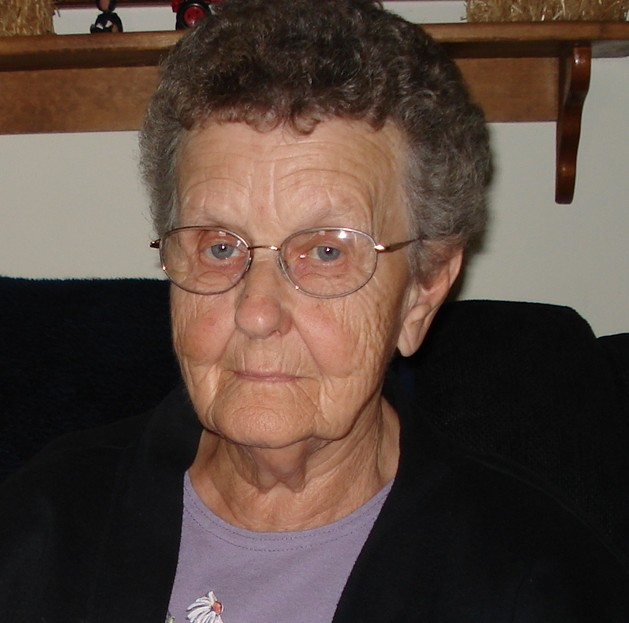 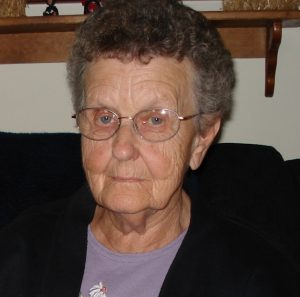 Leta Belle Norton Ewing age 91, of Rutledge, Missouri, passed away at Kirksville Manor Care on May 20, 2017, with her family by her side.  She was a lifelong resident of the Rutledge area and enjoyed living in her home until failing health required her to move to the nursing home in July, 2015.

Zella and Tom Norton, sister, Elsie and brother, Glen welcomed Leta into their family near Rutledge on January 25, 1926.  She attended Millport Elementary School and one year of high school in Rutledge.  She married Kenneth Eugene Ewing on January 18, 1948, and moved to a farm three miles southeast of Rutledge, where she was a housewife, mother and homemaker until they retired from farming in 1977 and moved to ‘town’.  Leta enjoyed keeping house, cooking and raising a large garden; her specialties were light rolls, cucumber pickles, fried potatoes and meat loaf, which her children and grandchildren enjoyed.  Meeting friends and having lunch at the store, as well as getting together with friends and neighbors and playing cards, were her favorite pastimes.  Leta will be greatly missed by everyone.

Leta was proceeded in death by her parents, sister, and brother; an infant son, Glen Edward, in July, 1951; husband, Kenneth Eugene, in October, 1978; and granddaughter, Linda Sue Ewing, in February, 2000.

The family will receive friends on Thursday, May 25, 2017, from 6 to 8 pm at the Hudson-Rimer Funeral Home in Edina, Missouri.

Funeral services will be held at 11 am on Friday, May 26, 2017, at the Hudson-Rimer Funeral Home in Edina, with the Reverend Mike Wilson officiating.   Burial will be in the Pauline Cemetery at Rutledge with the grandsons and great grandsons:  Brian Ewing, John Ewing, Shawn Durant, Troy Davis, Chase Miller, John Durant, Toby Durant, and Cailin Ewing as pallbearers and Kaitlyn Miller, Madie Ewing, Olivia Combs, Landon, Andy, Ethan and Owen Davisas honorary pallbearers.

Music will be provided by Brent Karhoff, soloist and Nancy Reardon, organist.  Selections will be Just A Closer Walk With Thee and Beyond The Sunset.

In lieu of flowers, the family requests donations be made to the Pauline Cemetery in Rutledge, MO.  Memorials may be left at or mailed to Hudson-Rimer Funeral Home, P.O. Box 1, Edina, MO, 63537.