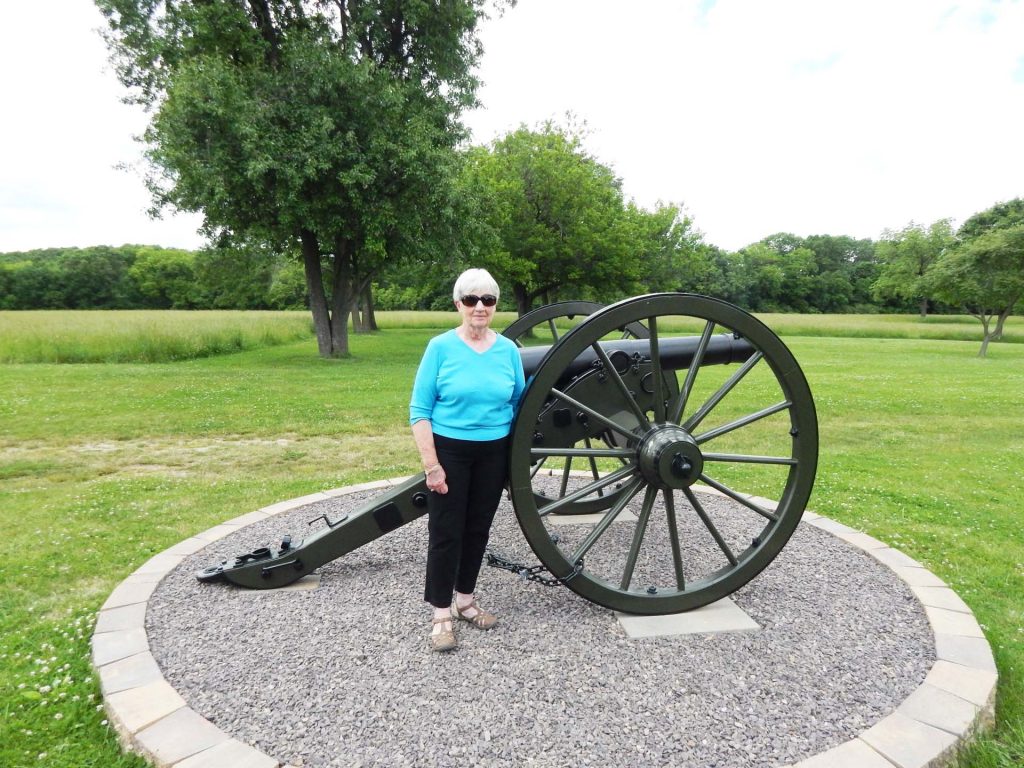 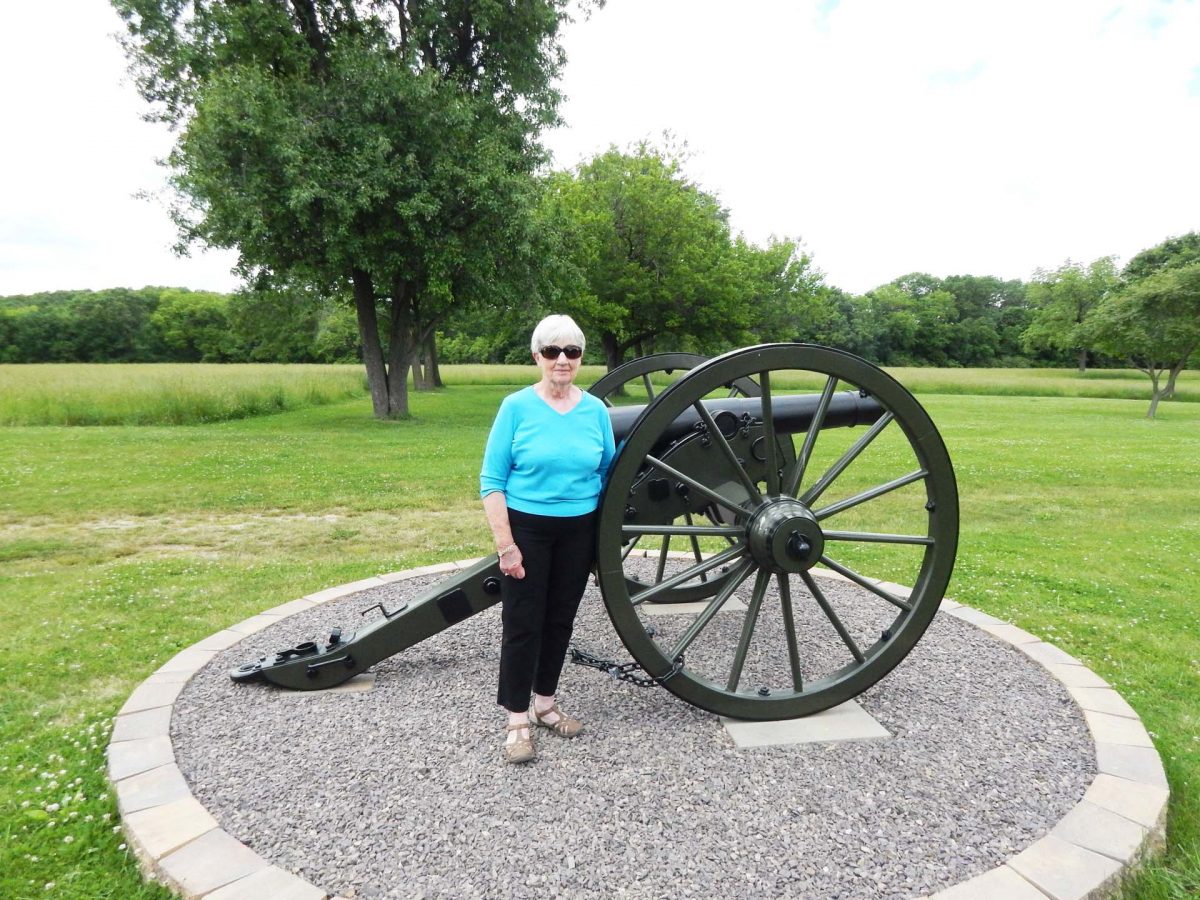 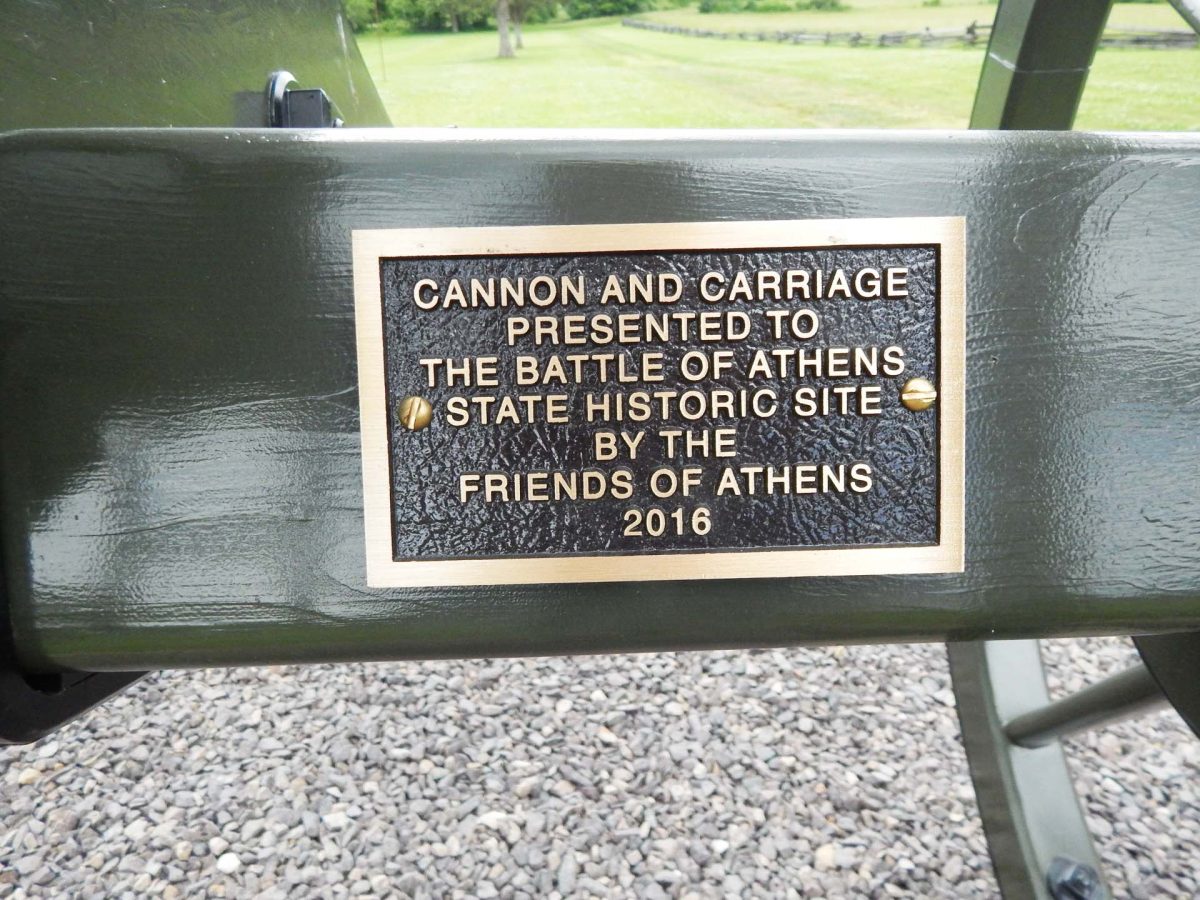 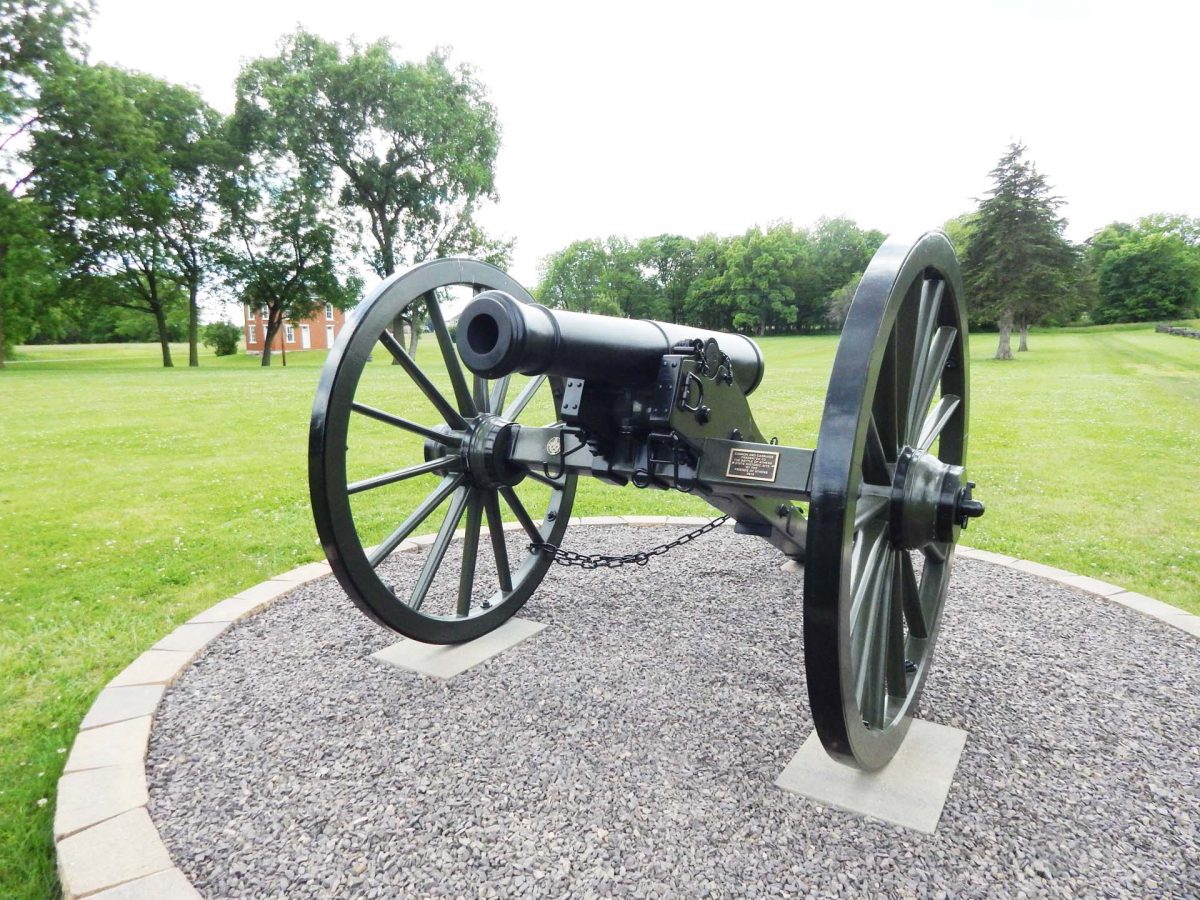 Thanks to the efforts of the Friends of Athens group, the Battle of Athens State Historic Site now has a cannon on permanent display.

According to Battle of Athens Site Superintendent Jerry Toops, “This 1841 Napoleon style cannon is close to what they (State Guards) would have had at the actual Battle of Athens. While they had three pieces of artillery we know that one of them was a six pounder because it was a six pounder that put the hole in the Cannonball House. While the cannon is not placed where it would have been at the time of the battle (600 plus yards further up the hill and up Virginia Street) it is however placed as close as we can estimate to direct line of the flight from where they fired those artillery pieces.”

Marilyn Ekle, President of the Friends of Athens stated, “A lot of cookies went up over that hill to help pay for this cannon. The cost of the cannon was $20,000. The group chose to purchase a cannon as it just adds so much to the site. We hope that it will make the history of the site even more real and be used as a living history item. We officially voted to make the purchase at our October meeting and purchased it in December. It took a while to get it delivered, but I suppose the timing was about right as it would have been hard to get it in place in the middle of winter. The cannon was made by Steen Cannon & Ordnance Works of Ashland Kentucky.”

While the cannon is functional, the barrel is made of aluminum and therefore cannot withstand actual pressures of what would be normal black powder charges of that time. The 1841 Napoleon was cast in bronze.

In speaking about the future for the cannon, Site Superintendent Jerry Toops stated, “First we are very grateful for the Friends of Athens group for making this major purchase. It is authentic right down to the correct colors of the paint that was used on cannons of that time. Our plans are to include it in our living history and perhaps get some Civil War re-enactors to man the cannon and demonstrate how it would have been loaded and used during the battle and the war. To do this, our next purchase will be the tools needed to load and clean the cannon including a rammer, sponge, wormer, vent pick and bucket.”