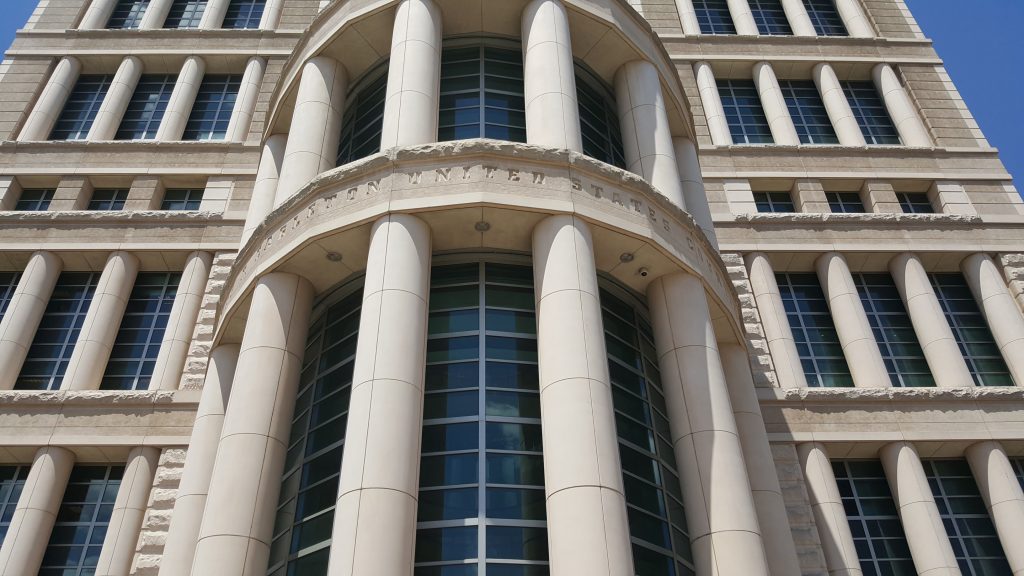 On Wednesday, June 7, Russell Hall of Edina and his attorney, Mark Williams of Kirksville, stood before Judge Ronnie L. White in the 8th Circuit of the U.S. Eastern District Court of Missouri in St. Louis for the sentencing hearing.

Also in attendance were Hall’s parents and two KCAD representatives, KCAD Board member Ron Buswell and KCAD Co-Manager Deanna McKenzie, who went in support of Hall. The group sat together on the defendant’s side of the courtroom.

The prosecution was represented by Assistant U.S. Attorney Gwendolyn Carroll.

During the proceeding, Buswell was called to the stand to testify as a character witness on Hall’s behalf and as a representative of the KCAD.

Buswell testified after the facts became known of the Hall’s drug addiction and thefts from the district, “he took responsibility for his actions.” Continuing to say, “We felt the Ambulance District would be best served by keeping him on.” And, “He’s been a valued member for the 12 to 15 years I’ve been on.”

McKenzie was also prepared to take the stand as a character witness for Hall, but she was not called to the stand.

Hall was also called to testify on his own behalf. Hall read a statement to the court before sentencing was to be carried out by Judge White.

(Hall’s entire statement to the court is included in the June 14, 2017 edition of The Edina Sentinel.)

Williams implored the court to take notice of Hall’s cooperation with investigators and prosecutors, highlighted his clean criminal record and asked the Judge to make an exception for Hall by handing down a sentence that does not include prison time.

Carroll argued Hall was not in compliance with the conditions of his bond and not taking complete responsibility for his actions. Carroll pointed out that on more than one occasion Hall’s urine samples were “diluted” during drug testing and pointed out Hall did not take responsibility for the cause of the diluted tests arguing, “The only real explanation for a diluted sample is the defendant is not clean.” Carroll called the diluted tests “deeply troubling” and implored the Judge to impose a guideline range sentence, which would have been a prison term of 10 to 16 months.

Ultimately, Judge White chose not to impose a sentence in line with federal sentencing guidelines and opted for a four-year term of supervised probation. Hall is required to pay over $22,000 in restitution after already paying a portion of the stolen funds back. Hall was sentenced to the sum in monthly payments of $200 or ten percent of his income, whichever is greater.

Also, the conditions of Hall’s probation include continued drug testing, drug treatment and being limited from having access to bank accounts and drugs through his employment.

“You might let me down. I’m used to it. People let me down all the time,” Judge White told Hall during the proceeding. “Don’t do it for me. Do it for them,” he said pointing to the people sitting in Hall’s corner – literally and figuratively.

After court was adjourned, the solemn ambiance in the courtroom was somewhat lightened as relief swept over Hall, his attorney, and his family and friends in attendance.

“This is the best outcome we could have gotten,” said Williams. “I’m very thankful to the Court and Judge White for looking at this case differently.”