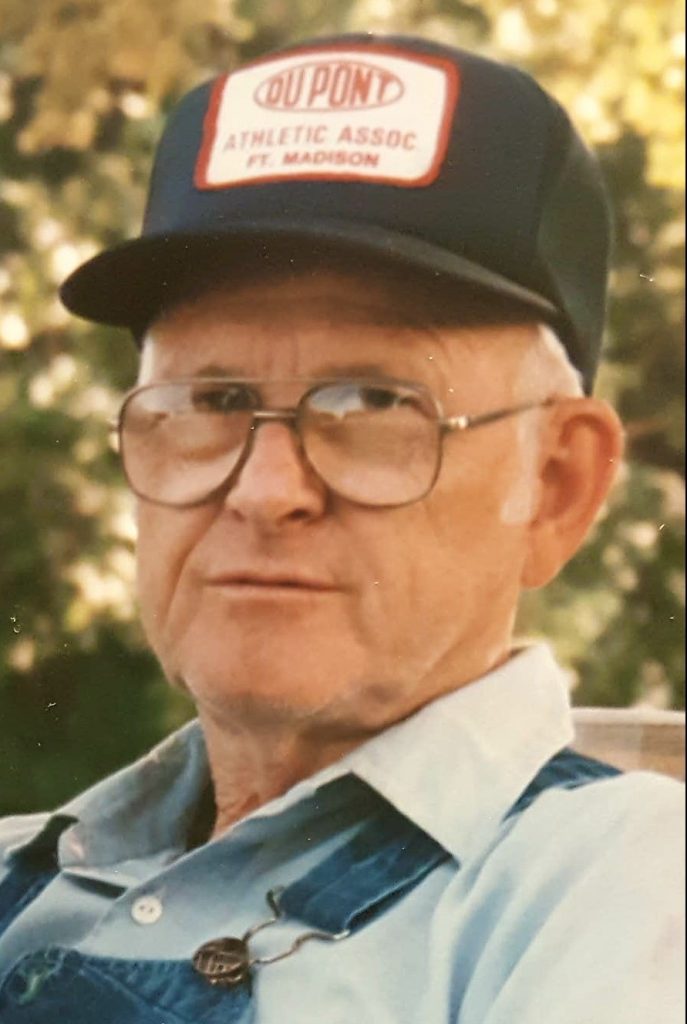 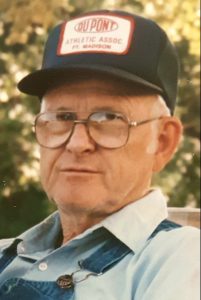 Glen Wayne Howell, 89, of Fort Madison, IA, passed away at 2:20 p.m. on Tuesday, June 20, 2017 at the Clark County Nursing Home in Kahoka Mo. He was born on May 8, 1928 on a farm north of Luray MO, the sixth of nine siblings to Victor and Imogene Dietrich Howell. He married Neoma “Jean” Lough on October 29, 1950 in Memphis MO. She died June 29, 1991. He then married Virgie Rudd April 21, 2000. She died July 11, 2014. Glen was a U.S. Army veteran, serving from 1950 to 1952 during the Korean War. He worked 37 years at Dupont in Fort Madison until his retirement in 1985. He graduated from Wyaconda High School in 1946 and attended the First Baptist Church in Fort Madison for 65 years. He enjoyed taking his family camping in Colorado, playing pinochle, mushroom hunting, hosting hay rides and Howell family reunions at his farm near Wyaconda in Clark County. He enjoyed tending to his cows and spending time with his sweet Boston Terrier, Susie. He was a dedicated husband & father, hardworking and had tremendous integrity.

The family will receive friends from 9:30 to 10:30 a.m. with the funeral service to immediately follow at 10:30 a.m. on Saturday, June 24, 2017 at King-Lynk Funeral Home & Crematory with Rev. Bill Willis officiating. Burial will be held at Soldiers’ Circle in Oakland Cemetery with military rites performed by the Fort Madison Veterans Honor Guard. A memorial has been established for Eastern Iowa Honor Flight. Online condolences to Glen’s family may be left at the King-Lynk Funeral Home & Crematory website: www.kinglynk.com.