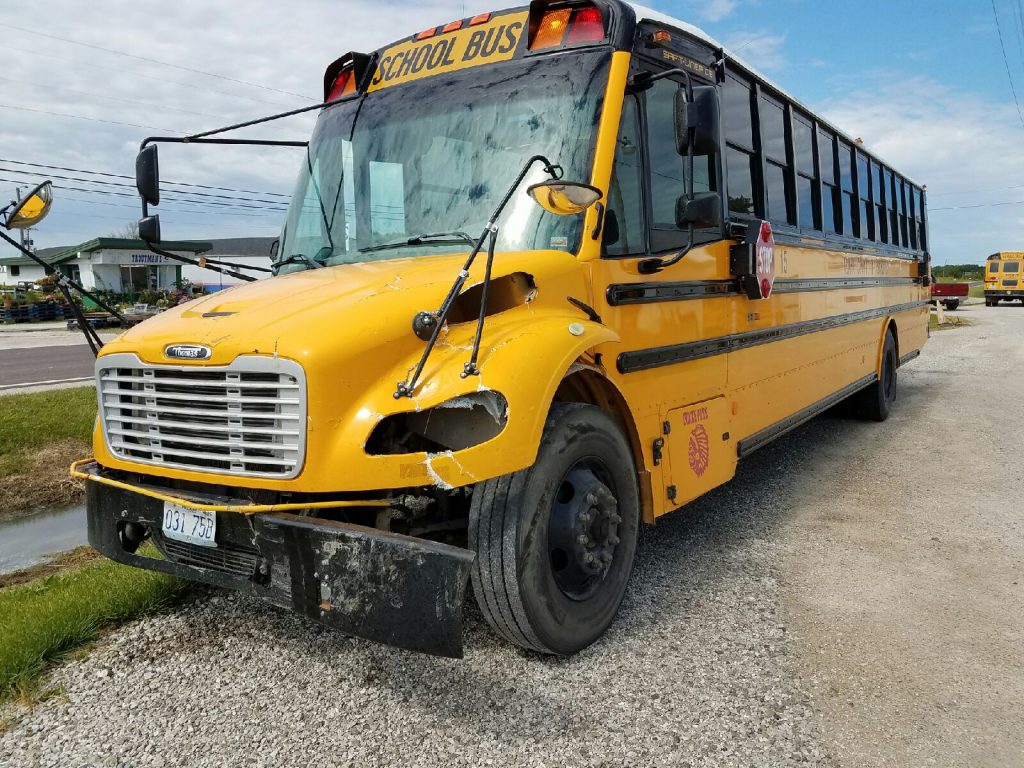 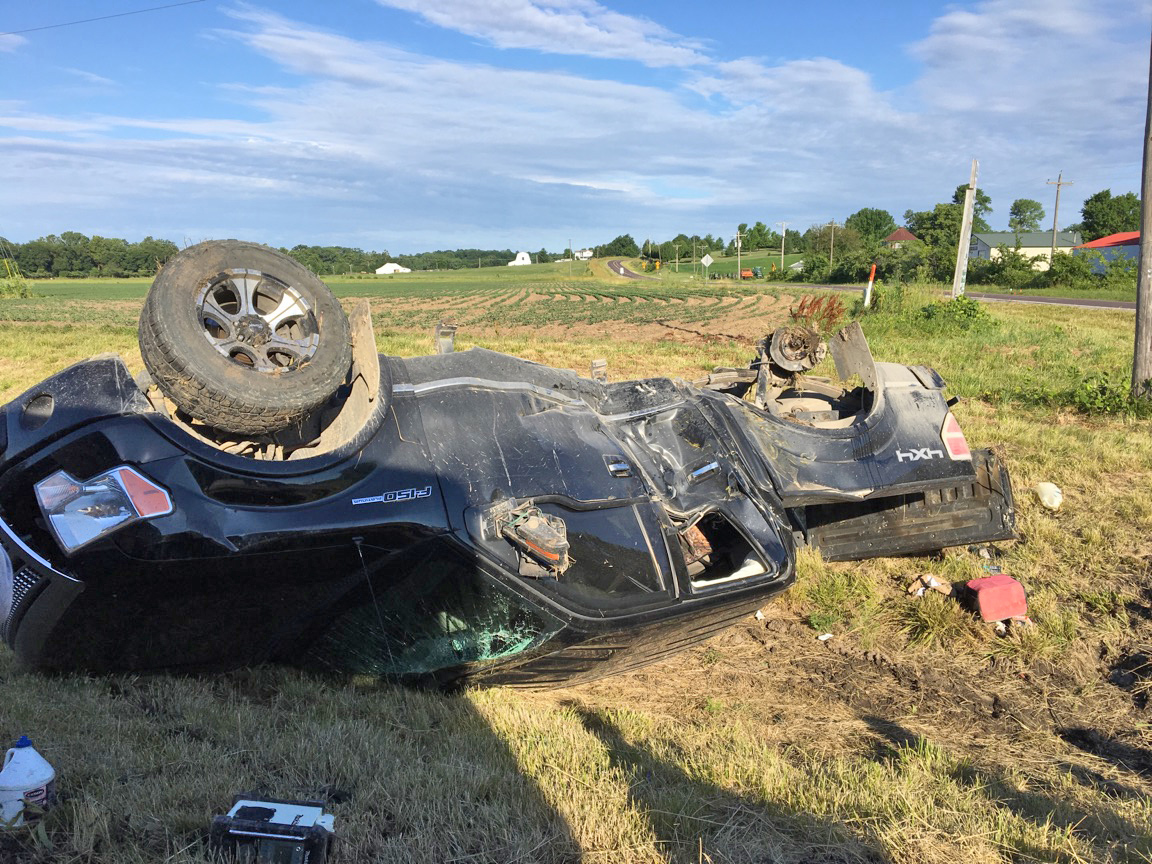 The Ford F-150 pickup driven by Damon Krogmeier was totaled when it pulled into the path of a Clark County R-1 school bus on Monday morning, June 19.  Submitted photo. 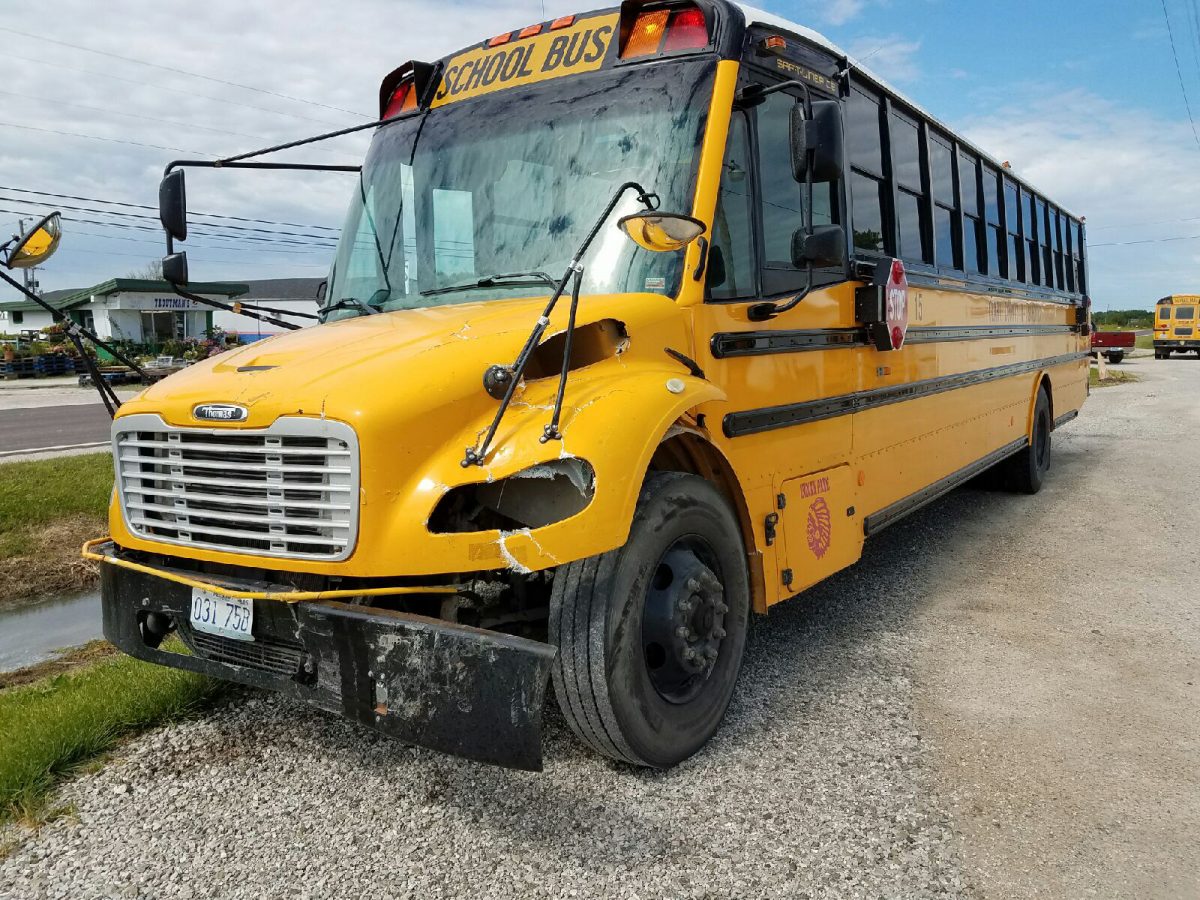 A Kahoka teen is lucky to be alive after his pickup was struck by a school bus on Monday morning, June 19.

According to the Missouri State Highway Patrol, a Clark County R-1 School District school bus driven by Maria Daw, 58, of Kahoka, was southbound on Route B three miles north of Wayland, when a westbound 2010 Ford F-150 pickup driven by Damon Krogmeier, 17, of Kahoka pulled into its path at the junction of Route B and Route C.  The bus struck the passenger side of the pickup, behind the cab.

The accident took place at about 7:20am.

The pickup was totaled by the collision, and the bus sustained moderate damage.

Krogmeier was not injured, and Daw was later checked by her own doctor.

According to Clark County R-1 Superintendent Dr. Ritchie Kracht, there were three students aboard the bus. They were all checked by EMTs at the scene, and their parents were notified.

“The bus seats worked like they are supposed to, to protect the kids,” Kracht said.

“We’re lucky it was early in the route,” Kracht added. “We didn’t have many kids on board.  Everyone was very lucky.”