Raelynn Hunziker was among a small group of agriculture students selected to meet with President Donald Trump during his visit to Kirkwood College in Cedar Rapids, Iowa, last week.

“It was a once in a lifetime opportunity and certainly one that I’m glad I participated in!”, stated Raelynn Hunziker. That once in a lifetime experience she was speaking about was meeting the President of the United States, Donald Trump when the President visited Kirkwood College in Cedar Rapids, Iowa on June 21.
Raelynn went on to explain how the events unfolded, “I got a call on Friday, June 17 from one of my professors at Kirkwood College in Cedar Rapids, Iowa. He asked me if I missed the college, and if I was in classes at Northwest in Maryville Missouri yet? I replied that of course I missed the school, as it may have been the best two years of my life.”

“His next question was, ‘Would you like to come back and meet the President?’”

He said, “No, I mean the President of the United States!”

At first, I thought he was kidding me and then he confirmed it by saying that four other students were coming back as well. I was told to come up with a topic to talk about, as well as a question. I also had to submit to a background check and provide them with my Social Security number, permanent address, and my passport number. We were also asked to keep it a secret for as long as we could. They also checked out your social media. On Tuesday, we were invited to come and check out the Presidential motorcade, which was neat.

Raelynn continued, “I would like to say that’s how the day went, but it didn’t work out that way as the White House had to make changes due to time constraints. He was supposed to spend an hour with us, and he was to arrive at 5:00 p.m. He didn’t arrive until 6:00 p.m. and he had to be at the civic center in Cedar Rapids by 8:00 p.m. The delegation on hand to meet the President was quite large, and included former Iowa Gov. Terry Branstead, who is now ambassador to China, the new Iowa Governor Kim Reynolds, Iowa Secretary of State Paul D. Pate, and the Iowa Secretary of Agriculture Bill Northey. It was very interesting talking and listen to the two secretaries. In fact, in March, I and a group of ten students traveled to South America to look at and study their farming practices. Sec. Northey was also on that trip. To be honest, I may have gotten more from talking to those two secretaries than I did from the president, but a lot of that had to do with the fact that I was able to spend more time talking with them.”

“When the President arrived, he walked down this long hall and was shown our classrooms. He then came out and was shown how a combine simulator worked and he said to the student who was operating it, ‘Now, be careful not to mess this up because everyone is watching.’ This was very funny and we all laughed. The plans were to get him to operate the simulator, but there simply wasn’t time. He commented that it was a very good project and was impressed by how it worked and what it took to operate it. We were also introduced to him which was very nice. Basically, what we all did was give our names, where we were from and our plans, and welcome him to Kirkwood College and thank him for coming. But meeting the President is something that I will never forget it was very special and what made it even more special was that I could get my dad (Rick) there as well. So, when the President spoke later at the college, I was sitting on row 7 and Dad was on row 8. I suppose I was perhaps 30 feet from the President during his speech. The speech dealt with farming, economics and trade with China. But I will add that regardless of party affiliation, if one gets a chance to meet the President do it, you will never be sorry!” 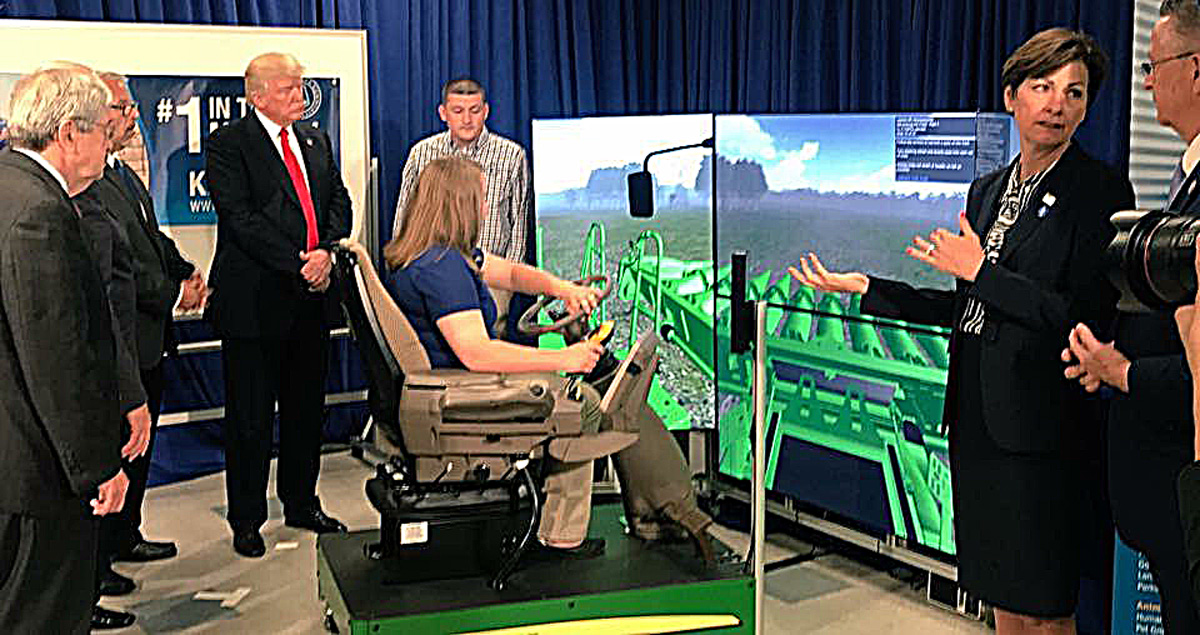 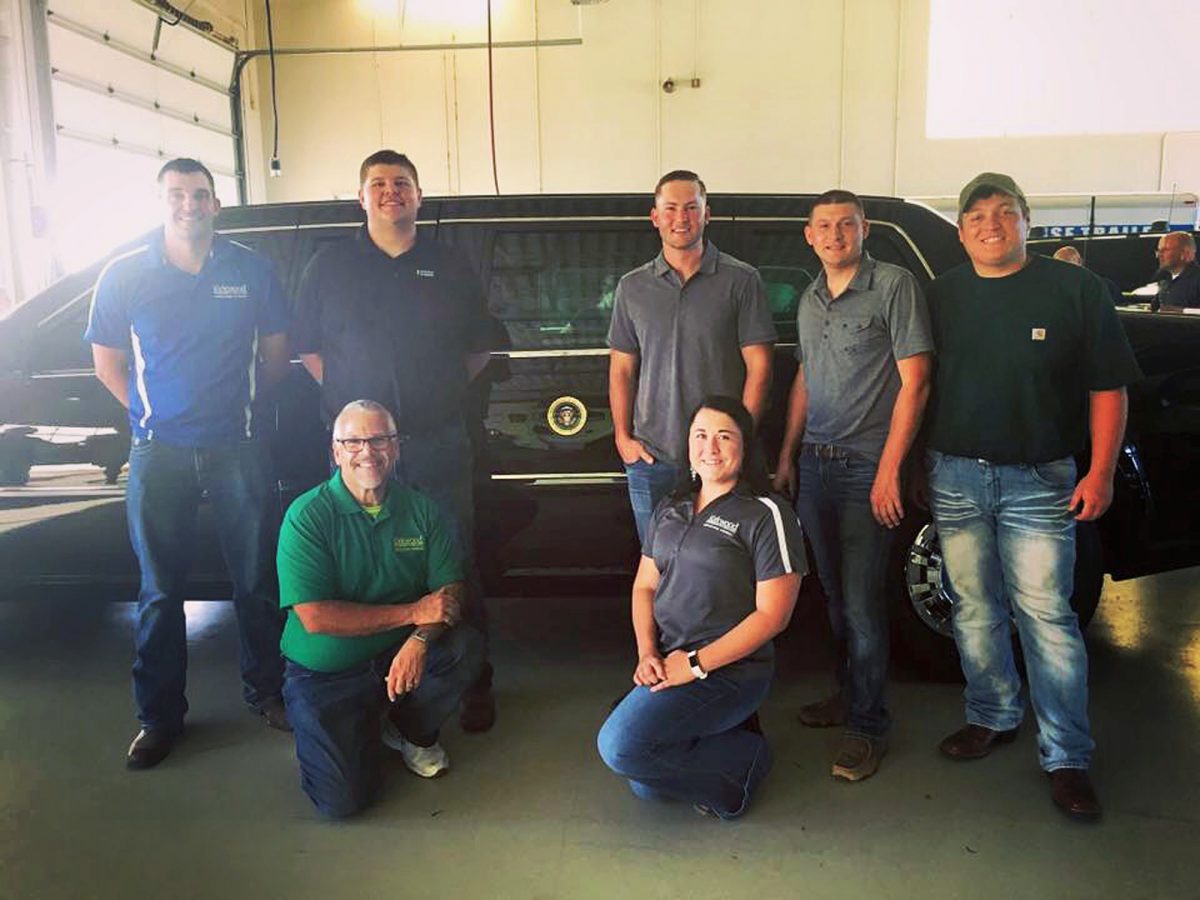