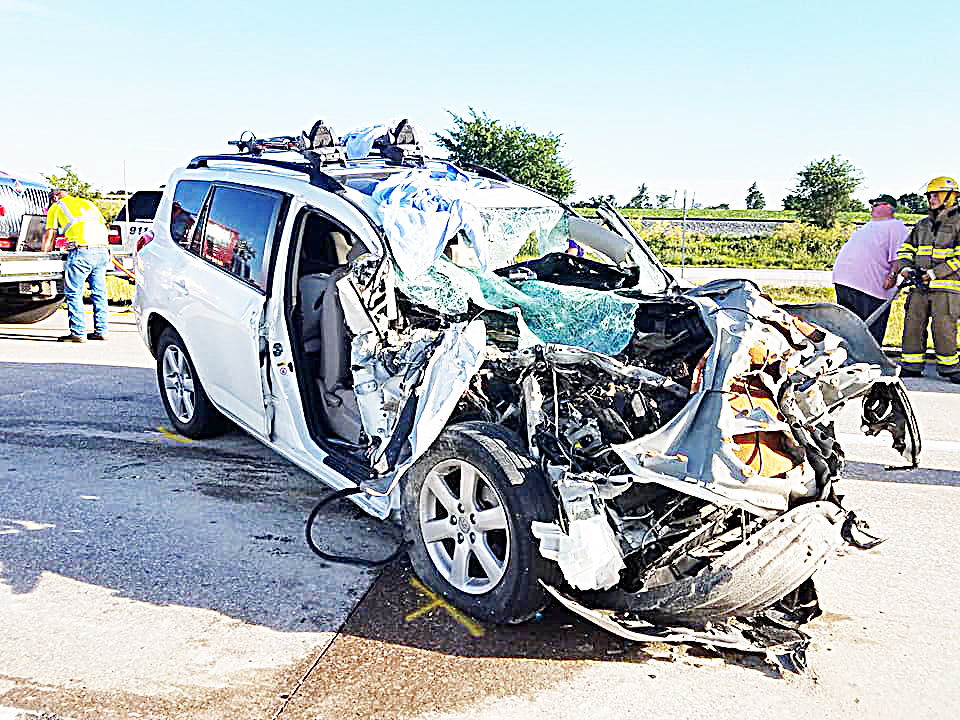 A Shelbyville man received moderate injuries in a two-vehicle accident on Tuesday, June 27, at 5:45 p.m., westbound on US 36 0.8 miles west of Lakenan.

According to the Missouri State Highway Patrol crash report, Hurley E Schwieter, 76, Shelbyville, was driving a 2000 Sterling Spray Truck when he pulled out of a driveway and was struck in the rear by a 2008 Toyota Rav4 driven by Kristin J Lyon, 36, Lawrence, KS.

Lyon received serious injuries and was transported by Survival Flight to University Hospital in Columbia.

All who were involved in the crash were wearing their seatbelts.