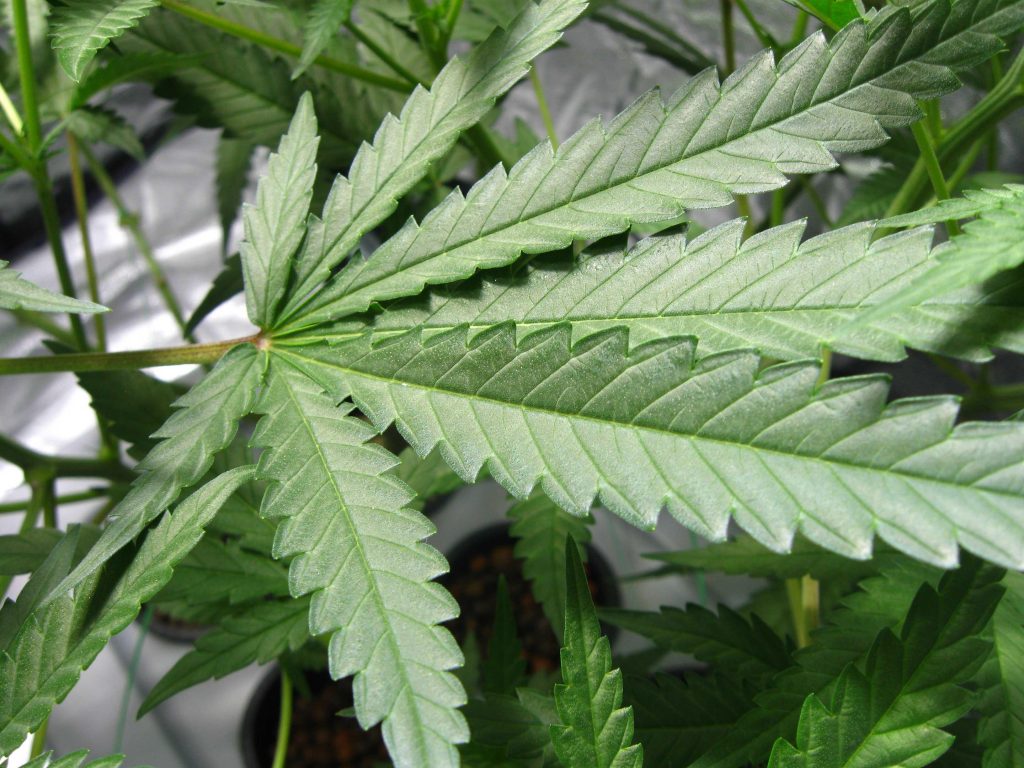 Margaret Irving, 64, Shelbina, returned to court to appeal her original conviction for growing marijuana in her residence. She was originally arrested on November 14, 2013 and her jury trial was August 22, 2014 in Knox County. A jury found her guilty of Count I, Producing More Than 5 Grams of Marijuana; Count II, Keeping or Maintaining a Public Nuisance, and Count III, Possession of More Than 35 Grams of Marijuana. She is alleging that several of her constitutional rights were violated including her Freedom of Religion and her right to grow marijuana under the Right to Farm amendment.

During her original sentencing hearing, Judge Steele followed the jury’s recommendation and gave Irving 10 years on Count I, two years on Count II and four years on Count III, but suspended those sentences, placing Irving on five years of state probation. Her attorney, Valerie Leftwich, stated that Irving has completed her probation due to good time credits.

In October 2015, Irving was in the Missouri Court of Appeals, Eastern District, and the court concluded that no reversible error occurred. She then filed a post-conviction case, which can only be done after the direct appeal. Leftwich, stated that this allows Irving to appeal based on her constitutional violations and they can put in new evidence that the trial attorneys should have done in the original trial. Irving is hoping for a new trial where evidence can be submitted to the court. Irving is hoping to have the felony convictions removed from her record.

This post-conviction relief hearing took place on June 19 in Knox County in front of Judge Steele. After evidence was presented, the cause was taken under advisement by Judge Steele and both parties have 60 days to file their proposed findings, conclusions, and judgments. The judge won’t decide until after that day.

Leftwich stated, “I think there is merit to each and every claim.” According to the court documents filed before the June 19 hearing, Irving claimed that her constitutional rights under the law had been violated.

The way in which Shelbina Police Chief Gerald Fenton handled the probable cause for warrant was under question by the defense. Before Irving’s arrest, Fenton made a hotline call to the Division of Aging. A representative from the division visited Irving on more than one occasion, but she would not allow him in her home. She met him on the porch and they talked a few times and the case was closed. Fenton later returned to the home on another matter, and acquired a warrant, after stating he smelled marijuana.

According to Leftwich, the significance of Fenton making the hotline call was an issue of whether he was trying to get in the house without a warrant, by using the Division of Aging. This argument involved the claim for the motion to suppress search. She stated that if the search was suppressed then there wouldn’t be a case. Irving’s claim was that her original trial counsel was ineffective in failing to investigate, develop, and introduce evidence that would invalidate the allegations of probable cause in the search warrant. Irving’s counsel felt that the reports from the Division of Aging would have challenged the information in support of the probable cause by Chief Fenton.

Irving also alleges that she was denied effective assistance of counsel, a fair trial, evidence wasn’t presented, and that witnesses were not called. In the documents that Irving’s attorney filed with the court, Irving alleges that her counsel in the original trial was ineffective for failing to enter pictures of her windows that were taken by law enforcement and feels that these photos would challenge the information in the support of probable cause contained in Fenton’s affidavit for search warrant of her home. Other items that Irving reported that were not included as evidence were her city utility records and the Department of Health and Senior Service records.

The court documents sent for the appeal stated that Irving wrote a letter to the court, prosecutors, and Chief Gerald Fenton, and filed it with the Shelbina Municipal Court. The letter was requesting that the items not used for any criminal matter, that were taken from her home during the original arrest, be returned to her. She later found out that the items she had requested had been destroyed or some of the seized property was being used by the Shelbina Police Department.

Irving is claiming that her constitutional right under the Missouri Right to Farm Act was violated. This Missouri State constitutional amendment was adopted in by voters after Irving’s original trial and her counsel’s argument is that it should be applied retroactively. The Right to Farm amendment states: That agriculture which provided food, energy, health benefits, and security is the foundation and stabilizing force of Missouri’s economy. The reason they believe it should be retroactive is because the Right to Farm states that this right shall be forever guaranteed.

The Right to Farm also states that it is unlawful for any person to distribute, deliver, manufacture or produce a controlled substance or to possess with intent to distribute, deliver, manufacture, or produce a controlled substance. It also states that any person who violates or attempts to violate this section with respect to manufacturing or production of a controlled substance of any amount except five grams or less of marijuana in a residence where a child lives or within 2000 feet of a school, is guilty of a class A felony. At the time of her arrest, Irving lived at 607 McGee Lane in Shelbina. An original newspaper article from the November 20, 2013 edition of The Shelbina Weekly stated that the home was located within 2000 feet of government housing and a daycare.

Irving is alleging that her Freedom of Religion was violated. According to filed court documents, Irving’s religious beliefs are such that she believes that various scriptures in the Bible refer to the growing of marijuana along with other green substances that grow in the ground as gifts to man from God. She believes that God created the sower and the seed, so she, herself, is not capable of manufacturing anything.

These are some of the alleged reasons that Irving and her counsel are asking for a new trial. Scott Sergent, Assistant Attorney General, was the other attorney in the case. After reaching out to the office, an email was received from Loree Anne Paradise, Deputy Chief of Staff, stating, “As this is pending litigation, our office policy is not to comment. I apologize I cannot be more helpful. Please stay in touch.” A call was placed to Jordan Force, Shelby County Prosecuting Attorney’s office, but she was in court at the time the call was made. She was listed as a witness in the case and unable to discuss the case since it is still pending. We will continue to follow this case and update when a decision is made about whether Irving will be granted a new trial.