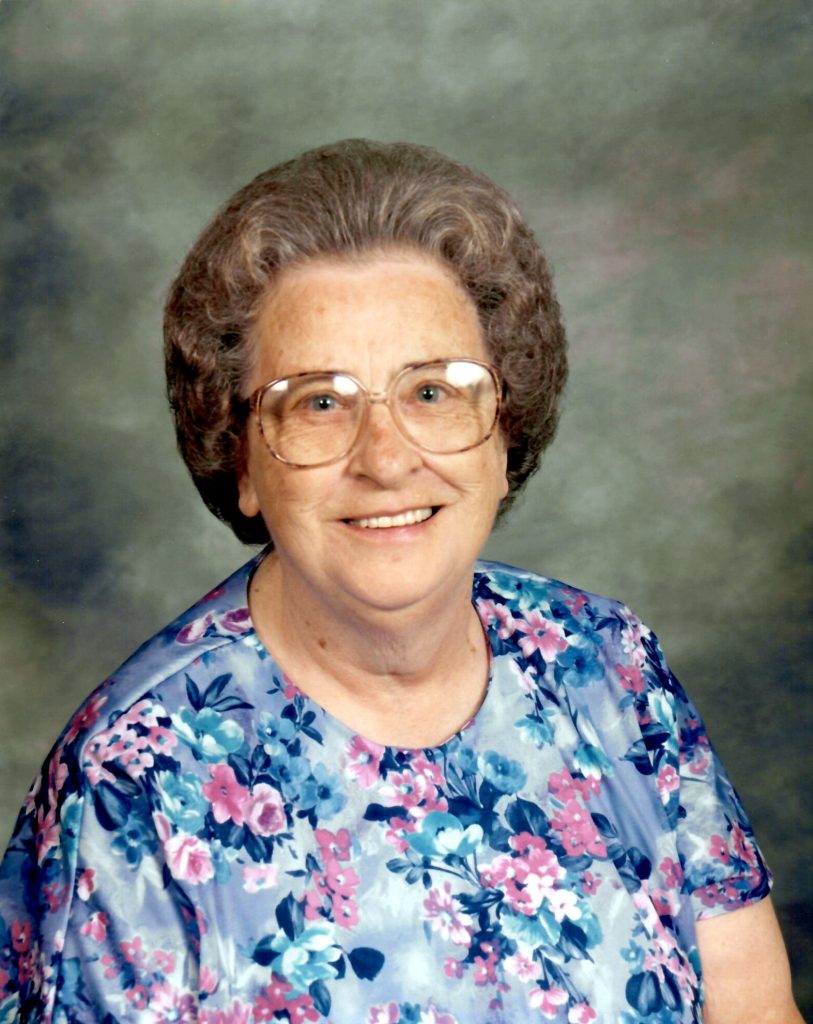 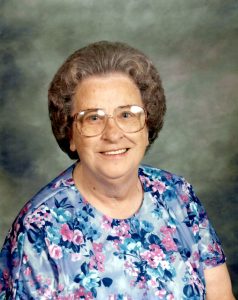 Born January 24, 1929, in the Bee Ridge Community, Hazel was the daughter of Lee Sumner and Lora Ferne (Kepple) Whiteaker.  At the age of nine, she moved with her parents to south of LaBelle, Missouri, and then to Knox City, Missouri.  Hazel graduated from Knox City High School in 1947.  She was employed at the Wells-Lamont Company as an instructor and Burnham Manufacturing in Edina for thirty-one years as a glove stitcher, and was a union member there.

Hazel moved to Edina in 1974. At an early age she joined the Knox City Christian Church, later moving her membership to the Edina Assembly of God Church.  She entered the Knox County Nursing Home in 2005.

Hazel loved to send various kinds of cards to her friends and relatives.  For 15 years she walked many miles collecting funds for flowers for deceased neighbors and their family.  She also collected for the American Cancer Society for many years.

Surviving are a number of nieces, nephews, cousins and a host of friends.  One nephew Gary preceded her in death that she raised in her home as a son.  Hazel is also survived by her extended family, Karen and Rose Stone and their family.

Music will be provided by Debbie Peters, vocalist and Carol Hayes, organist.  Musical selections will be “Mansion Over The Hill Top”, “In The Garden” and “I Won’t Have To Cross Jordan Alone”.

Visitation will be held 12 noon Saturday, July 8, 2017, till time of services at 2 p.m. in the Hudson-Rimer Funeral Home in Edina, MO.