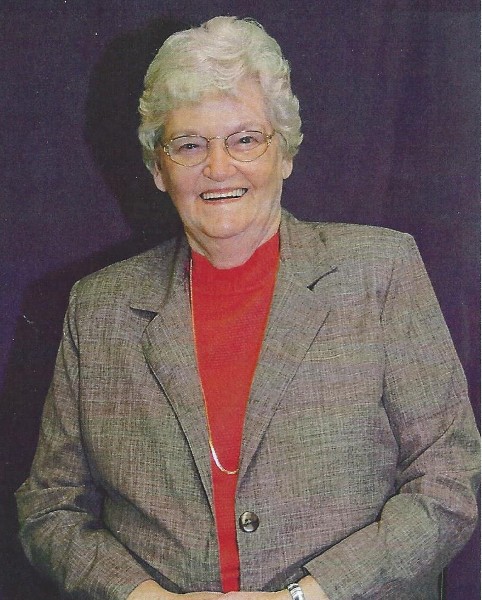 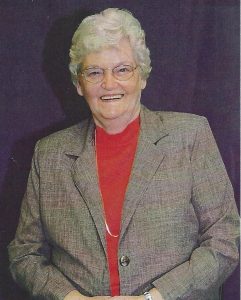 She was born January 8, 1928 in Thayer, Iowa the daughter of Herman and Nellie Mildred Walker Garrels. On January 23, 1949 she was united in marriage to Leo R. Martin in Kahoka, Missouri. He preceded her in death on Friday, March, 13, 1981.

Anne graduated from Revere High School with the Class of 1945 as valedictorian. She attended Northeast Missouri College in Kirksville, Missouri.

She was a member of the Revere Community Church until the church dissolved. Recently she became a member at the Kahoka Methodist Church. She served on the Revere Church Board and the Revere Alumni Board as secretary for many years. She also served as treasurer and advisory board of Revere Community Center and was president of the Delphinium Garden Club.

Anne enjoyed playing the piano without the necessity of reading music. She would bake her famous chocolate chip cookies and cream puffs without the need of a recipe in which everyone would enjoy. Being on the farm was relaxing to her. This is where she planted her garden and flowers. She loved being with her family and the family get-togethers especially their Memorial Day picnic. In her opinion all of her grandchildren and great grandchildren are all important, special and precious.

She is survived by her two sons, Edward Martin (Jan) of Kahoka, David Martin (Nancy) of Columbus, OH, a daughter, Ellen A. Ayer (Linley Lipper) of Luray, nine grandchildren, twenty-three great grandchildren and her brother Joe Garrels of Kahoka, along with several nieces and nephews.
Besides her husband she was also preceded in death by her parents, her sister, Jean Halferty and her husband Stuart, her son in law, Randy Ayer and her sister in law, Mary Garrels.

Funeral services were held 11 a.m. Saturday, July 8 at the Vigen Memorial Home in Kahoka. Burial was in the Revere Cemetery.

Visitation was held one hour prior to the funeral service from 10 – 11 am at the funeral home with the family meeting with friends at that time.

Memorials may be made to the Revere Cemetery.