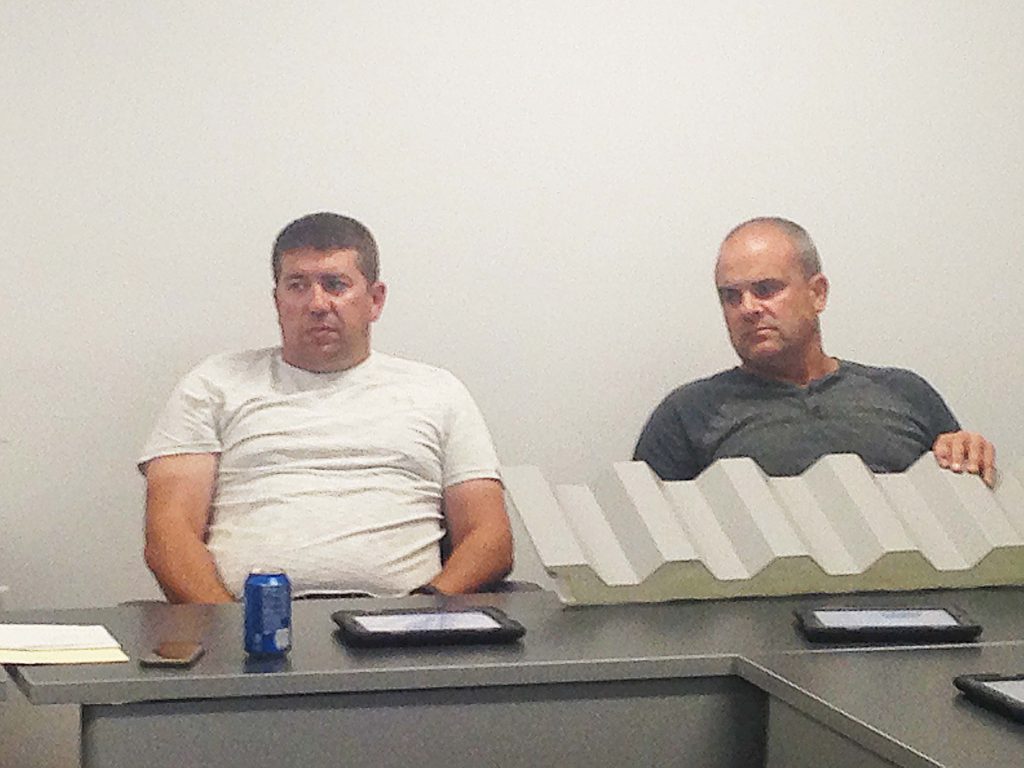 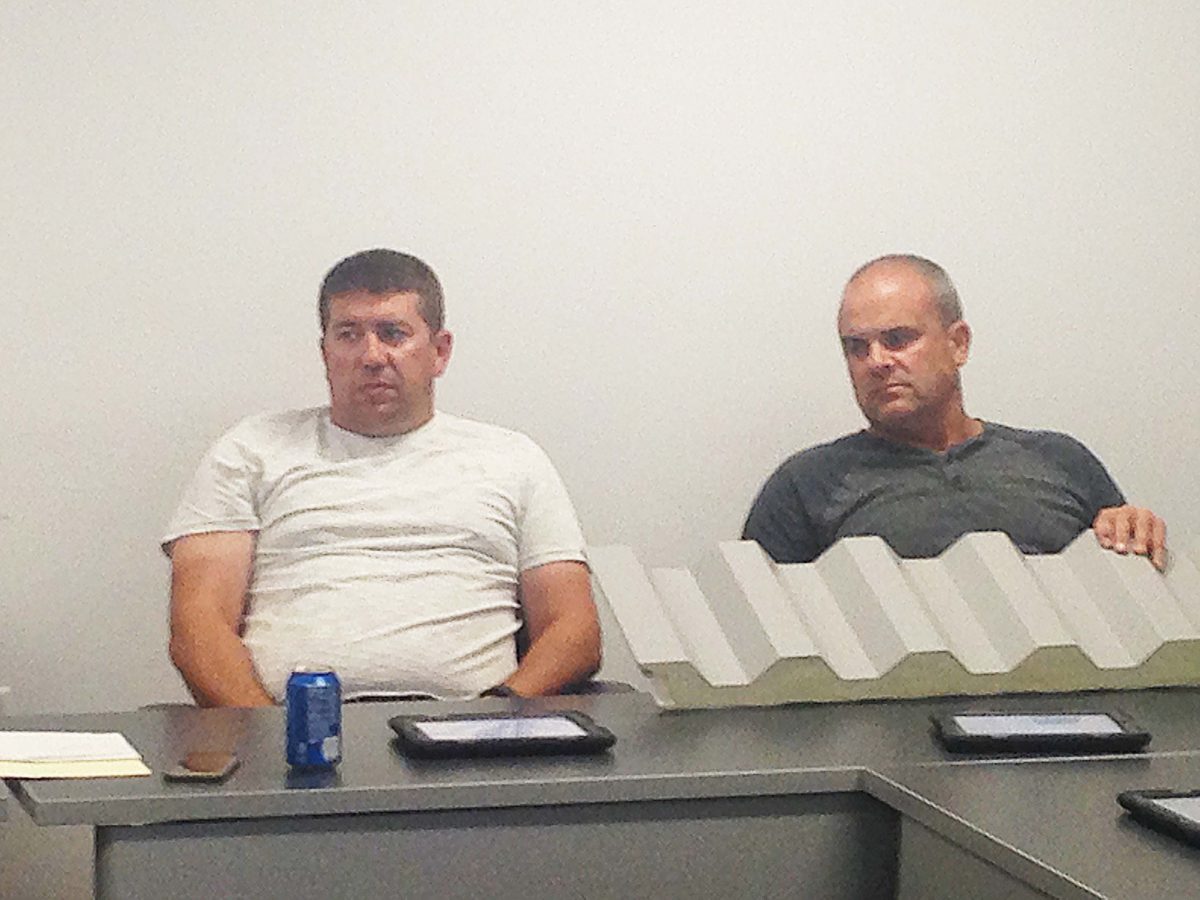 Board members Jason Acklie and Kevin Ross examine a sample of the insulated metal paneling. The board voted instead for a block and brick exterior for the new school.

The new CCR-1 Early Childhood/Special Education school building has been named. At the Thursday, July 13 school board meeting, board members selected “Indian Pride Learning Center” from a list of names suggested in a survey on the district’s Facebook page.

“Every one of our athletic teams gives an Indian Pride award,” said Jason Church. “The name is very fitting.”

Architects from Klingner and Associates were on hand to discuss several important decisions needed to prepare to bid the project. Topping the list was the exterior of the building, which faced tough opposition last month when board member realized only the front would be brick, and the other three sides covered with insulated metal panels.

“We have two elementary buildings made of brick and we don’t have any problems, and we have a High School made out of metal and we have all kinds of problems,” noted board member Jason Acklie.

After discussing options, the board settled on a split-face block and brick facade on the entire building. Construction cost using block and brick should be comparable to the insulated metal panels, although construction could be slower. Colors will be determined at a later date.

The next big decision was whether or not to include a hardened storm shelter in the new building. A shelter area is required in new schools in Iowa and Illinois, but not in Missouri.

“At a $160 grand, it’s do-able,” said board president Bill Schutte. “But we might have to pull money away from some of the parking lots.”

Some board members hesitated due to the added cost, but ultimately the safety of the children won the argument, and the board including the storm shelter in the project plans.

The building construction project, and the new security entrance construction for all buildings, will be ready to bid about August 15. Bids will be returned in September, with construct scheduled to start in October.

-Approved the purchase of a new sound system for the Activity Field, at a cost of $7549.   The current system failed several times last season.

-Approved clearing a property title for one acre near Revere that the school acquired through consolidation.

-Out of district tuition will remain unchanged at $8500.

-Approved the purchase of one section of aluminium bleachers for Middle School students.