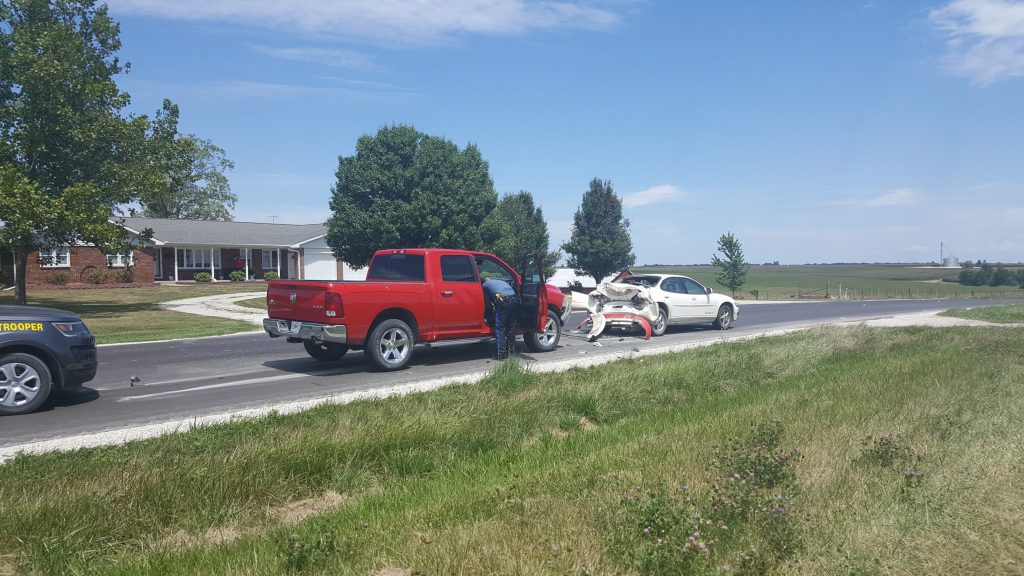 The crash occurred the western edge of an ongoing highway resurfacing project.

A white sedan with four children on board, ages 1, 2, 8 and 10, was stopped in line and waiting to be escorted past the highway construction project when a red pickup truck struck the vehicle from behind, according to the driver of the sedan.

“I saw it coming and I knew they were going to hit us, but I couldn’t do anything about it,” said the driver.

The crash was dispatched at approximately 1:42 p.m.

There was some confusion as to where the crash occurred. Emergency personnel were dispatched west of Edina, then to the east.

The highway was closed for approximately 40 minutes before one lane of traffic was reopened at 2:11 p.m.

*Video by Echo Menges for The Edina Sentinel/nemonews.net