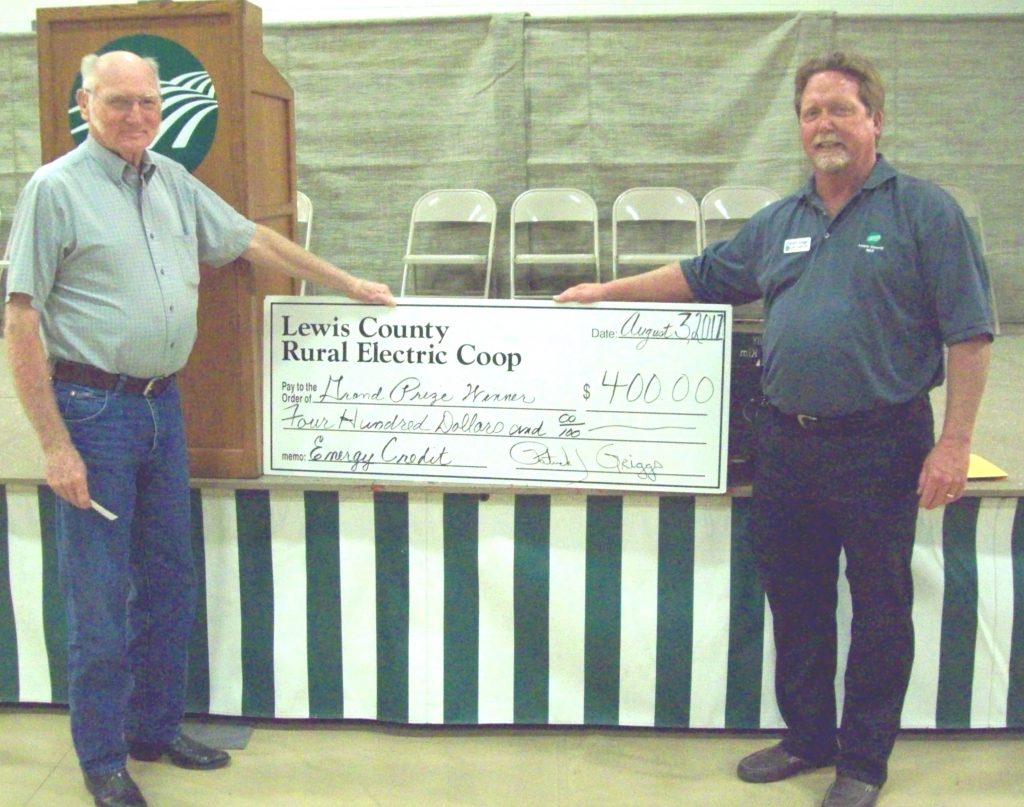 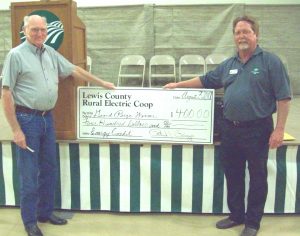 GRAND PRIZE WINNER – Mr. Don Fifer of Ewing, Missouri, was the happy grand prize winner of a $400.00 credit towards his electric account on Thursday night, August 3, at the conclusion of the LCREC annual meeting.  Mr. Fifer was presented the prize by Patrick Griggs, CEO/General Manager of Lewis County REC. 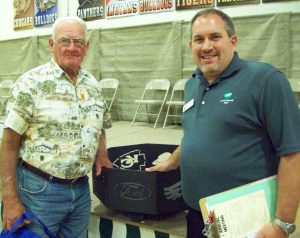 PRIZES FOR ADULTS – Ronnie Lay of Lewistown was pleasantly surprised to be chosen as the winner of a fire pit donated by Les and Kim Cardwell of Hardwood Xpress of Edina.  The fire pit was designed by the Industrial Tech students of Knox County R-I Schools. Lay is seen with Travis Mathes, LCREC Manager of Member Services.  LCREC members were entered into drawings for some additional great prizes during the annual meeting on Thursday, August 3, at Highland High School.  Some of the prizes awarded were: gift certificates to Stanley’s Highway 6 Diner and Texas Roadhouse, along with many electrical appliances – a bug zapper, Panini maker and an ice cream maker, fabric steamer, an electric skillet, heated throw blanket, cordless phone, coffee maker and fan.  A BBQ meal topped off with homemade ice cream was enjoyed by all.