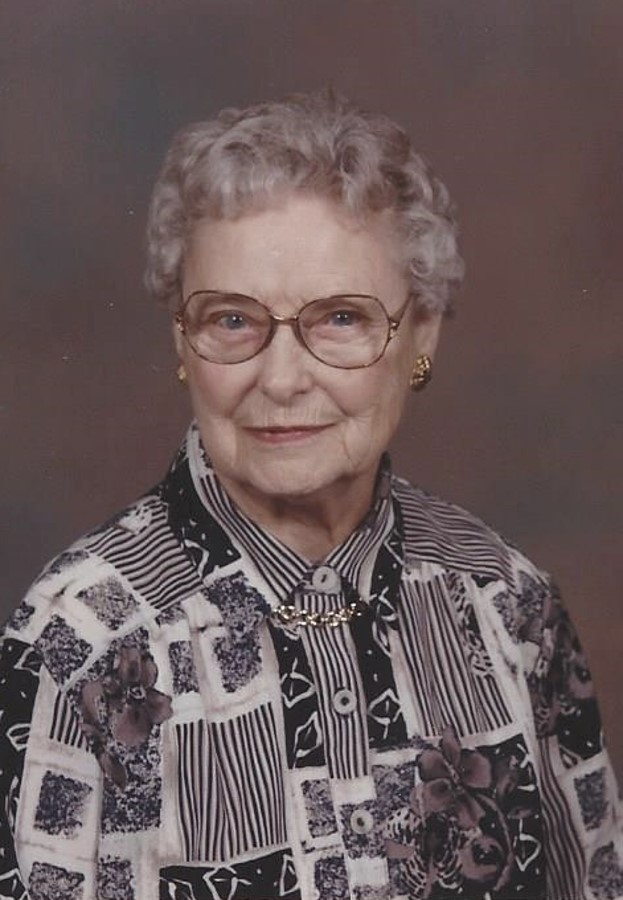 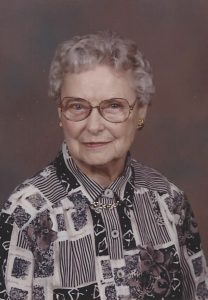 Mary Louise McKee, 106, passed away on August 31, 2017 at Clark County Nursing Home in Kahoka. She was surrounded by the staff that loved and cared for her over the past several years.

Mary Louise (known as Mary Lou and in later years as Mary) was born in Des Moines, IA to Purley Wilks and Pearl Hinkle McKinley on October 6, 1910. After moving to Springfield, MO in 1918, Mary Lou and her three older brothers grew up and all attended Drury College.

After graduating in 1932 during the Great Depression, she briefly moved with her parents to a farm near Paris, MO. She was soon offered a scholarship to attend one semester of graduate school at Missouri University for social work. For several years, she worked at relief offices for the Work Progress Administration in Fulton, Moberly and Kahoka. After moving to Kahoka, she met and later married Dale ‘Mickey’ McKee on June 19, 1936. Mary Lou and Mickey were parents of one son, Thomas McKee, who passed away in 1985.

In 1949, Mary Lou rejoined the workforce for the County Superintendent. Soon after, she was recommended for a teaching position. She returned to school and received a degree in Education, then began teaching in the fall of 1953. She taught 1st grade for the next 22 years, before retiring in 1975.

Mary Lou had fond memories of the years that she and Mickey traveled together after they retired. Mickey passed away on August 5, 1994.

Mary Louise McKee was a remarkable and independent woman of her time. She was kind, caring and humble. She will be most remembered and greatly missed for her devotion to her church, her family, her friends and the community that became her home.

She is survived by her niece, Dora A Caulfield and many great nieces and nephews and their families.

Funeral services will be held 2 p.m., Saturday, September 9 at the Kahoka Christian Church with Pastor Jim Campbell officiating. Burial will be in the Kahoka Cemetery.

Visitation will be held one hour prior to the services with the family meeting with friends from 1 – 2 p.m. at the Kahoka Christian Church.